Walt Disney was just a guy with a drawing of a mouse and a dream. Yeah, he could draw quite well but that’s not what made Disney one of the most loved and inspiring companies. Walt had a huge love and passion for what he did. And he surrounded himself with people with the same passion. He didn’t care about what people said about his dreams, he went for it anyways.

Whether you are an entrepreneur, an artist or just someone who believes in wishing on stars, Walt has a quote that inspires us all. Here are my 10 favorite quotes from the man himself.

When you’ve stopped being curious you’ve stopped living. Learn a new trade, a new language, take a dance class or a cooking class, but never stop moving forward. I felt stuck in my life for a long time. I started writing again. I wrote a book and I am taking writing classes and screenplay classes. It’s something new and different and it’s moving me down a new path. What new path will you go down? 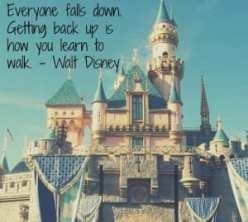 Failure isn’t the absence of success, it’s the absence of trying. Stop comparing the beginning of your journey to the middle of someone else’s. Keep trying. If you stop trying, you’ll never learn how to walk. 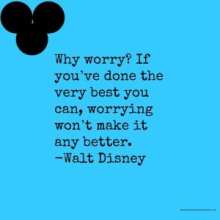 When you fail, you learn something new and can make your dream better. Stop being a cry baby or a victim and start learning from your obstacles. Stop wasting time trying to place blame or make excuses and just do it better next time. 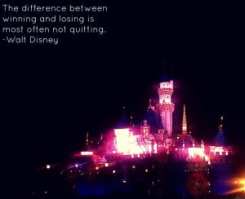 People said Snow White would bomb at the box office. They said Disneyland would fail. Imagine the world today if Walt had listened. Don’t quit. No matter how many times you’ve “lost”. I remember in 8th grade gym class my gym teacher told me to keep shooting a basketball until I made it in the hoop. I had tried a few times and I was still missing the shot. My gym teacher said, “if you quit now, you’ll never know if the next shot was the one that would have made it.” Back then it was just annoying, but now I really appreciate that advice.

Manifest what you want in life. Your thoughts become things. Dream about it. Think about it. Act like you already have it. The only person putting a limit on yourself is you. Dream big and don’t let anyone tell you otherwise!

Love yourself. Embrace the quirks. Let the freak flag fly! Being like everyone else is boring. So if breaking out in Disney songs during staff meetings makes me weird then I am OK with being weird. 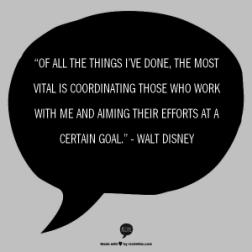 To me, this is SO important to me when it comes to my work. Walt wanted his whole team on the same page: to tell great stories. If you work with a team and they all have different goals and ulterior motives, you are going to waste a lot of time and nothing will get done. Same with life outside of work. Surround yourself with successful, positive people. Toxic relationships will bring you down. Let them go. 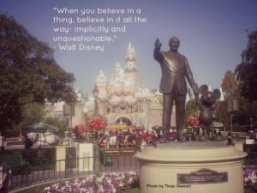 Don’t ever do something half way. If you love something or someone, love it or them 100%. Don’t let anyone change your mind about it.  And don’t get upset over setbacks! Those are there to make you stronger (see quote # 4).

I love using Walt’s wisdom in my everyday life. I feel like for every situation I am in, Walt has a quote that fits perfectly. What Walt quote means the most to you?

Sometimes we are so scared of failing that we decide it’s better to play it safe. If Walt had played it safe how many movies wouldn’t have been made? Would you be making dinner reservations for your stay at Disney World right now? When you muster up some courage and step outside of your comfort zone, beautiful things can happen.

Arielle Boardman loves writing, Disney and writing about Disney. It is her dream to spend her days writing about the mouse while laying on the beach and enjoying a dole whip. Until then she’ll scrape the ice and snow off of her windshield and work in marketing and sales coordinating. At least she has the woodland animals to help clean her house. 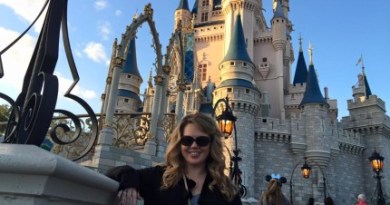 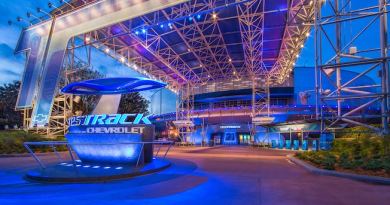 Take a Ride on Test Track at Epcot in HD! 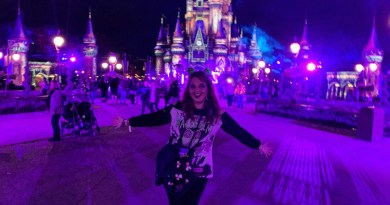 Party For The Planet At Animal Kingdom

April 21, 2019April 9, 2020 Janel Adani 0
The Main Street Mouse
%d bloggers like this:
We use cookies to ensure that we give you the best experience on our website. If you continue to use this site we will assume that you are happy with it.AcceptPrivacy Policy