Do you remember the cartoon Gargoyles?

On October 24, 1994, a show debuted in a weekday afternoon Disney Television Animation programming block that looked and sounded unlike anything that had come before it. At the time, animated series that aired on weekday afternoons were brightly colored, spiritedly paced comedies, and most of them were based on pre existing characters or properties. This new show had a wild mixture of influences (on the home video commentary track, executive producer Greg Weisman cites everything Disney’s Adventures of Gummi Bears to Hill Street Blues) and tones (oscillating between Shakespearean tragedy to Michael Crichton-style science fiction to buddy cop comedy in an instant). Its heavily serialized storytelling eschewed normal television animation, which reveled in the episodic nature of the format. This was Gargoyles, a series so groundbreaking that it feels a little bit like animated television is still catching up.

The premise for Gargoyles was deceptively simple: in medieval Scotland, there are a group of magical guardians tasked with defending an ancient castle. These are the gargoyles, who are stone statues by day and fearsome, winged creatures by night. In the pilot episode, their human confederates betray the gargoyles; many are lost and the remaining gargoyles are placed under a dangerous curse (they’ll be stone until the castle “rises above the clouds”). That happens … 1,000 years later, in our modern world, at the top of a futuristic skyscraper in New York City. Waking up in this shocking new world, the gargoyles are confused and angry, eventually taking it upon themselves to defend the castle (and eventually the entire city) once again.

From the word “go,” Gargoyles felt like something new. In its first season, the show aired once a week, but it debuted with a five-part arc that ran every day for an entire week. This was basically an afternoon animated series reconceived as a dramatic miniseries. This arc (known collectively as “Awakening”) employed an ingenious structure that allowed for extensive flashbacks to medieval Scotland and modern day action sequences to exist side-by-side. The moral center of the universe was Goliath (voiced by Keith David, who would later voice Dr. Facilier in The Princess and the Frog), the leader of the clan of gargoyles, whose love Demona (Marina Sirtis) was killed in that initial attack and who consigned himself to the magical spell after returning to the ruined castle. After waking up in New York, he teams up with a tough cop named Elisa Maza (Salli Richardson) and investigates the mystery surrounding his awakening.

Both the look and tone were dramatically different than anything else on television, animated or otherwise. 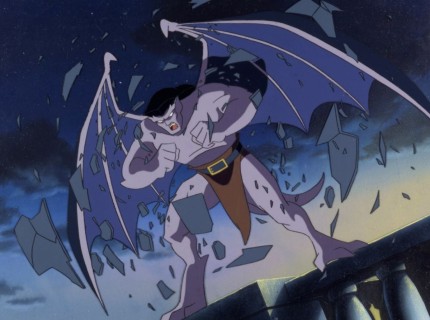 Aesthetically, it had a stark, hard look, with an emphasis on simple silhouettes over more complex character detail. There were heavy shadows and carefully choreographed action sequences. (The animation was produced by Disney Television Animation’s Japanese studio and the anime influence is pronounced.) The look was stunning and had more in common with big budget Hollywood action movies than the television animation that it actually was. There’s a moment in the second episode, when the gargoyles are finally hoisted to the top of the skyscraper and wake up, that is as gorgeous as any piece of fully produced feature animation: lightning crackles in the background, rain dots the gargoyle’s stone exterior, and when Goliath wakes up, he does so with violent shards of stone flying into the night sky. This was Gargoyles.

While auteur-driven television is now relatively commonplace, it wasn’t in the mid-‘90s and certainly not on afternoon animation blocks. But Gargoyles’ first season was written almost entirely by the husband/wife team of Michael Reaves and Brynne Chandler Reaves. Weisman, who shepherded the series through production, would go on to become the series’ spokesperson and in a candid series of internet posts, would let fans into the process and expose what would have come for the characters, had the series continued. (Gargoyles was one of the first shows where the creative principles behind the series interacted directly with the fans.) It was clear by watching Gargoyles that it was being guided by a dedicated and incredibly small group of creators who took the series very seriously. 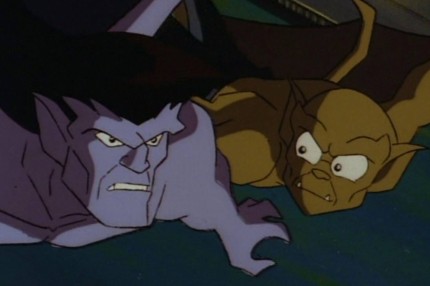 Which brings us to the show’s tone, which was decidedly darker and more complex. Eight episodes into the first season, while things like character and mythology were still being established, one of the gargoyles accidentally injured the cop character. While he tries to cover it up, the rest of the gargoyles target local criminals they thought were responsible and set out to exact their revenge. Heavy right? It could have been preachy and insincere (this is, after all, a show about gargoyles that come to life) but its deft execution made it a powerful, emotionally riveting episode. But thought-provoking episodes like that was nothing compared to the complexity of the mythology that surrounded them; by the second season (where the number of episodes ballooned from 13 to 52) several characters had returned (some back from the dead), romantic subplots were introduced and the gargoyles had gone on a globe-spanning mini-adventure (dubbed, by Weisman, as “The Gargoyles World Tour”). It took on Shakespearean dimensions. And the mystery grew more insidious and multifaceted; villains were revealed to be sympathetic while characters who were seemingly altruistic showed their true nature.

Watching the series today, its startling design and storytelling is even more pronounced and profound. This was a series that embraced strongly serialized storytelling years before critical darlings like Lost, an animated series that unabashedly embraced the darkness and pushed the boundaries of both design and narrative. Quite frankly it’s hard to think of an animated series, in the past 20 years, that has broken so much new ground.

Scott has 3650 posts and counting. See all posts by Scott 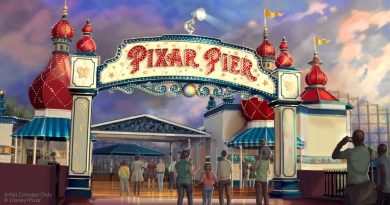 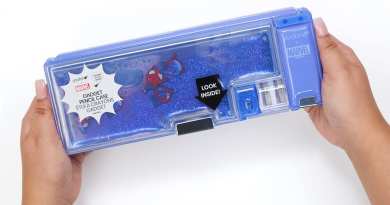 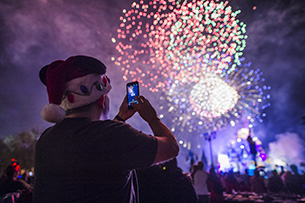 Beauty And The Beast For Couples

‘Rivers of Light: We Are One’ Debuts This Summer at Disney’s Animal Kingdom

April 22, 2019April 16, 2020 Guest Blog 0
The Main Street Mouse
%d bloggers like this:
We use cookies to ensure that we give you the best experience on our website. If you continue to use this site we will assume that you are happy with it.AcceptPrivacy Policy