This week Walt Disney Animation Studios Short Films Collection comes out on Blu-ray, Digital HD, and Disney Movies Anywhere. It’s a wonderful collection of the studio’s recent efforts in the short film format, beginning with 2000’s “John Henry” (directed by legendary Disney animator Mark Henn) and continuing through to this year’s “Frozen Fever” (which appeared before the live-action Cinderella). These shorts offer boundless creativity in a truncated running time, and the disc does a great job of offering filmmaker introductions and additional bonus features.

We were lucky enough to chat with Aimee Scribner, who worked on both Tangled andFrozen, as well as their short film counterparts: “Tangled Ever After” and “Frozen Fever.” She talked us through the process of converting a giant feature film into an adorable little nugget, how much involvement she has in the various Frozen off-shoots (including the EPCOT ride and the sequel) and what it feels like to know that the film you’ve worked on can live beyond a single feature.

You worked on the feature versions of each of these films and also on the shorts. Can you talk about that process?

Absolutely. When you make these films, you fall in love with the characters and you form such a deep bond with the artists and filmmakers. And then your movie goes off into the world. So doing these shorts, for me, is like a family reunion, for both Tangled and Frozen. To go back to the characters and extend the storytelling, for both of these, is a labor of love for me.

These are both unique in the sense that a lot of these spin-off shorts immediately appear on the home video release, but both “Tangled Ever After” and “Frozen Fever” happened way later. When did you start thinking about these shorts?

They’re all unique in how they get created. We have some shorts that are about technologic innovation, some are about storytelling innovation, or a new filmmaker wanting to tell their story and giving them a shot at the director’s chair. With Tangled and Frozen I think it was much more about wanting to give our audience another little chapter in the storytelling.

Let’s talk about the individual shorts. In “Tangled Ever After,” we spend most of the time away from the main characters. Was that one of the things that excited you about that short?

You know, we started talking about “Tangled Ever After” after the film and what was interesting was the real royal wedding was happening with William and Kate, so that was sort of an inspiration. We knew that people wanted to see Eugene and Rapunzel get married but Byron and Nathan really wanted to have fun with Max and Pascal. So we used the wedding as a framing device to go out and wreak havoc in the kingdom and have a lot of comedy and a lot of fun. So that was the inspiration for that one. 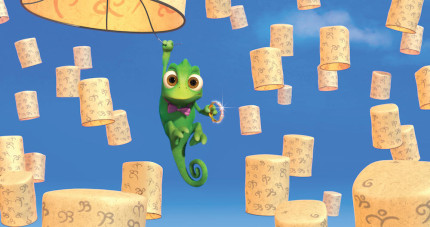 It also proved that people were still really interested in Tangled. Is that part of the fun?

Oh for sure! You work so hard on these and you just hope that it will connect with people so it’s always a delight.

“Frozen Fever,” is unique in how it’s built around a single new song. Was that always the jumping off point?

Well, we knew that we wanted to spend some time in the girls now that they’re connected again. We knew we wanted to have some fun with Elsa. We came upon the idea of Anna’s birthday and Elsa wanted to create the perfect day and we knew we wanted another song with Bobby and Kristen Lopez. So I think all of those converged. It wasn’t like the song drove the story specifically. It was really a collaborative effort between story and Bobby and Kristen. And the idea of Elsa having an idea and sneezing and the Snowgies was just an amazing moment in the story room. I’ll never forget the first drawing in the story room; it was so charming and so cute. The idea of the string and how Anna finds her presents comes out of director Chris Buck’s life. He and his wife would do that for their boys on a holiday and painstakingly take the string and tie it to the presents and weave it inside and outside. That’s how they discovered their gifts. That came out of Chris Buck’s life.

The response to “Frozen Fever” has been incredible. I see little girls in Disneyland wearing the dresses.

Oh yes! The new dresses! That was great because the costumes really are about the storytelling and that was so much fun for our art director and entire art department to think about new dresses for the girls.

Frozen is going to continue with the Epcot ride and the sequel. What kind of relationship do you have with this property now?

I’m hugely involved in everything Frozen. I know for a lot of us that we never stopped working on the film because there’s been so much interest and we feel so passionate about protecting our characters and our world and our storytelling. So yes, I’m intimately involved in the Frozen Epcot ride as well. There’s so much Frozen and we just want to take care of the property and that we engage our audience in the sequel in a way that we don’t let them down.

Is continuing with Frozen something that you’re excited about?

I am so in love with these characters and this world, so all of the things are interesting to me. Whether it’s the stage show or the theme parks; I just want to make sure they’re cared for.

You can get Walt Disney Animated Studios Short Films Collection on Blu-ray, Digital HD, and Disney Movies Anywhere right now (including Disney Store). It’s an amazing collection and a must-have release for any Disney fan. 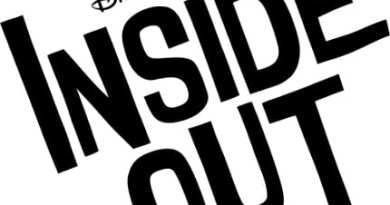 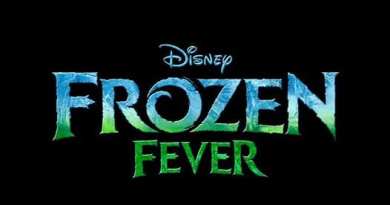 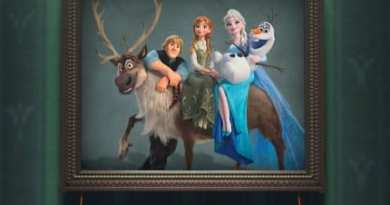 November 16, 2020November 16, 2020 Michele 1
The Main Street Mouse
%d bloggers like this:
We use cookies to ensure that we give you the best experience on our website. If you continue to use this site we will assume that you are happy with it.AcceptPrivacy Policy