Recently the Disney Store has been releasing super-themed, highly collectible limited edition tees that pop up on the website for a few days and then fade away. If you’re a hardcore Disney fan (or a just-as-hardcore collector), then you covet these releases, jumping on the opportunity to grab one of these rare beauties before they disappear forever. (Wearing one of these tees in the parks seems to be the ultimate sign of being a committed super-fan.) And we love them too. They’re just so cool.

This week one of the very best tees was released in the form of a limited edition flash sale shirt celebrating classic Disney attraction The Haunted Mansion and, more importantly, the Hatbox Ghost. (If you don’t know about the Hatbox Ghost, we implore you to read our exhaustive history of the character; we promise it’s worth it.) The shirt is a great celebration of the character’s return to Disneyland after 46 years spent in some unknown realm; it’s comes complete with a retro-spooky font and an image on the back of the shirt depicting gravestones against a snowy moon. (You can also get the shirt in long-sleeve, women’s cut, and children’s size.) Like the other limited edition shirts, it’s just great. And the best part? The tee is also super glow-in-the-dark, which means that when you wear it on the actual Haunted Mansion ride, it’ll light up with a ghostly glow!

We got a chance to talk to Richard Terpstra, the designer behind the new tee, and talked about his unlikely path to Disney glory, combining elements from the Haunted Mansions of both coasts, and whether or not he’s seen the Hatbox Ghost in action.

You first began by blogging your Disney designs, way before you became a part of the company, right?

Yes, I was a fan and I was just using a blog as a portfolio of things that I would want.  But I was doing it back home, before I got hired and moved to Orlando, and so it was a way of exercising my skills and my talents but also a way to maybe get my name out there. And it did! So I did that and then some people down at Theme Park Merchandise at the Disney Design Group saw what I was doing, liked what I was doing, and contacted me.

You also won an Imagineering contest where you created a ride based on Nightmare Before Christmas. Can you take us through that ride?

Not really because WDI [Walt Disney Imagineering] has that all locked down. I can talk about the context, which is still going on today. WDI holds a contest every year called Imaginations and university students are encouraged to apply. The contest has evolved over the years. It used to be a blue-sky create-whatever-you-want-for-the-park so it could have been a restaurant experience, an attraction, a show, a whole park. They really gave you blue sky to do whatever you wanted. But in the years since they’ve really honed that and are now giving students a rubric. But it’s a great way to get an internship. The students go out there for a week and really get to experience how the magic happens.

You created a ride based on Nightmare Before Christmas. Your favorite rides are Tower of Terror and Pirates of the Caribbean. Now you’re designing a tee based on The Haunted Mansion. What about the spooky side of Disney is so appealing to you?

I’ve always been a fan of that genre ever since I was a kid and the Haunted Mansion was my introduction to that. I’m a huge Disney fan. I’ve been going to the parks since I was born. My family was one of those families that would go to the park every summer. And the Haunted Mansion was what I really loved. I also loved the magic shop on Main Street at Walt Disney World because it was a little bit spookier than Disneyland’s. I’ve always been attracted to that. And since I’m an ‘80s child, I loved the Disney movies in the ‘80s likeSomething Wicked This Way Comes and Return to Oz and Watcher in the Woods. There was this era when Disney was taking some risks and making these young adult thrillers. I just fell in love with them. That’s always been a part of it and Disney has been a huge part of it.

My last job freelancing for Disney was working on Momento Mori, the Haunted Mansion gift shop in Orlando and it was absolutely surreal. So I try to do as much Haunted Mansion stuff as I possibly can and the flash sale is a great place to do that. 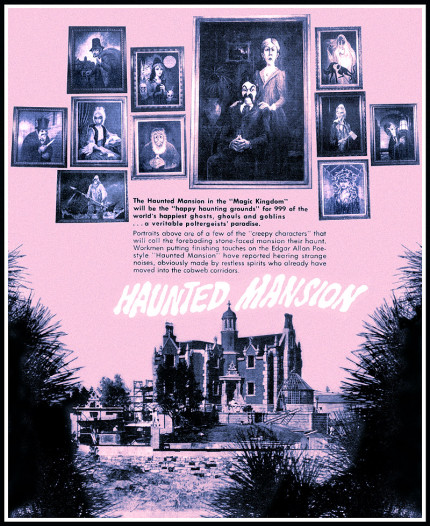 Your tee features the Hatbox Ghost. Were you always involved in the lore of the character?

Oh definitely. I remember having a few books that were read-along books with the records that I bought at Walt Disney World, even though they were branded as Disneyland. Even at age 10 I knew of Disneyland and knew it was the original. But going through the books, we didn’t have this ghost. And as time went on and as the internet became a thing, I got to find out more about the Hatbox Ghost. It was interesting because even though he was so short-lived initially, he had such a following and so much stuff revolved around him. 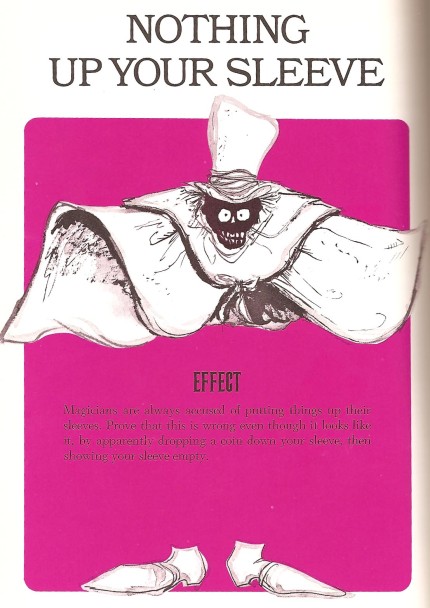 And the design of the shirt itself is based on something that we sold in the parks that had Hatbox Ghost on it. It was a magic book that was sold at Disneyland called Magic from the Haunted Mansion at Disneyland. So that artwork was directly lifted from this vintage piece of merchandise. Because the style in this book was so kooky, it just screams “Haunted Mansion.” When I came across it, I knew I had to use some piece of part from this magic book because it’s one of the most amazing vintage items anybody could have. I also want to give a shout out to a designer who worked with me on this one, his name is Ian Giles and he’s a big fan and another winner of the Imaginations competition. He did the typesetting underneath and it was his idea to pull the font from a vintage Walt Disney World advertisement for the mansion. When we design something we want to make sure both coasts get some love. So there’s a hat tip to both. There’s always going to be undertones of Disney history or lore; we really love to bring in that nostalgia and bring in some retro nostalgia synergy.

Have you been out to see the Hatbox Ghost yet?

No, I will hopefully be able to see him when I’m out there for D23 Expo.

You can get the limited edition Haunted Mansion tee from now until Thursday (act fast!), and you can see Richard at the D23 Expo. On Saturday, he will be signing from 5:15 – 6:15 p.m. at the Disney Dream Store and from 10:30 – 11:30 am on Sunday (he helped with some of the Expo merchandise and he’ll be debuting a piece for the gallery – a brand-new 14” figurine). 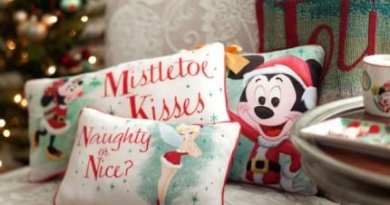 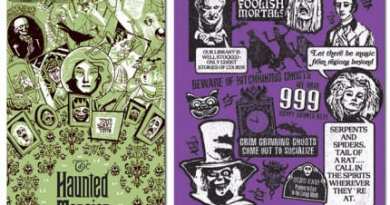 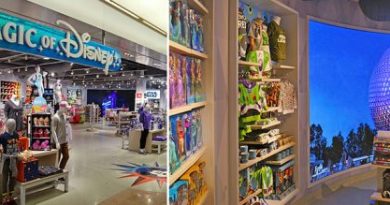 August 29, 2014April 16, 2020 Michele 1
The Main Street Mouse
%d bloggers like this:
We use cookies to ensure that we give you the best experience on our website. If you continue to use this site we will assume that you are happy with it.AcceptPrivacy Policy