So, we all have our own top fives or tens of all different Disney related items from movies, to songs, to rides, etc. I have already given you the top 5 questions I got as a cast member from the guests while I worked at the Emporium on Main Street U.S.A 10 years ago, so over the coming weeks I will give you more of my top 5’s. This time I am going to give you what I believe are the top 5 Disney/Pixar Movie Themes. These are not going to be in any special order.

(NOTE: Remember these are MY top5, yours may be different as we all have different tastes in whatever I am going to be blogging about. I do hope you enjoy mine)

#5: Ratatouille (Talent): Now when this movie came out back in 2007 I was very weary about it, due to it being about a rat in Paris who can cook. After seeing this movie in the theatres, I was able to change my mind about it. Who would have thought about a rat having the dream to cook? Then, Remy met Gusteau’s ghost and was persuaded to do what he loved and cook in his own restaurant. Remy made the movie what it was, he had the comedy, he had the whole narrator role going for him and he was able to steal all our hearts with his ability to cook amazing food, which made Linguini a great supporting character. Remy showed us that we could accomplish anything if we put our minds to it. Also, we were shown that we are able to do more than expected, no matter what your size or circumstance is. 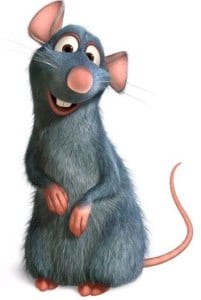 #4: Robin Hood (Helpful): This was one of the few movies I grew up watching all the time, and fell in love with it at an early age. Robin Hood kept me entertained every time I watched it. This was the first movie I remember when I was growing up that showed that helping people was always a good thing. Yes, I know, Robin stole from the rich to give it back to the poor. Prince John was the first villain I really disliked because he was taking the money from the poor. Little John added the comedy aspect to this movie as well as Maid Marian and Lady Kluck. I still like to watch this movie whenever I can, though I don’t watch it as much as I use to. 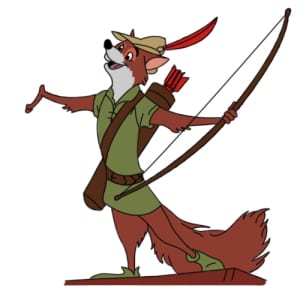 #3: Beauty and the Beast (Judgement): This was the first princess movie I enjoyed because of the whole aspect of what it consisted of. I more so learned this as I got older and watched it more, but with the concept of “don’t judge a book by it’s cover” as that is exactly what the movie portrayed by the scene where the old witch was knocking on the door and the prince turning her away. When we meet Belle for the first time, her love of reading and being different (being made fun of by Gaston and the towns people) is something I am sure a lot of people experience growing up with doing their own thing and not what society wanted them to do. (I just wish people in today’s world would look at Belle and look up to her on how to be instead of the people we have to). However, Belle was the one that was able to show us that just because you look different, it doesn’t mean you can’t care or even fall in love with someone like the Beast who is also different. The Beast had to pretty much change his whole personality to not just help/save himself from looking like a beast the rest of his life, but also all the servants in the castle. It’s a good lesson. 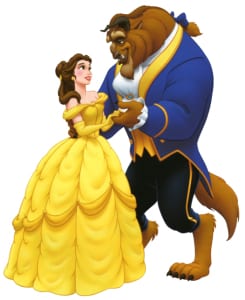 #2: Toy Story (Friendship): Toy Story was really one of the first movies that showed us friendship. Yes, Woody disliked Buzz at the beginning because he was taking over as Andy’s favorite toy. As the movie went on, they became friends and had to work together after Woody knocked Buzz out of the window and having to find their way back to Andy’s house before they moved. Budding friendship(s) is what this movie and it’s sequels are based off of. If they didn’t work together as friends, they wouldn’t have gotten though all the hardships that they went through. Examples~ Woody, Jessie and Bullseye having to be saved in Toy Story 2, then the whole clan having to be saved from Lotso and the day care toys in Toy Story 3. Friendship can be a beautiful thing. 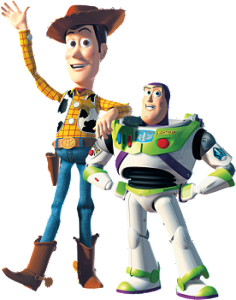 #1) Aladdin (Love): OK, I gotta admit that this is my #1 favorite Disney movie of all time. To be honest, I am not even fully sure why I love this movie so much. Aladdin, being a scrub on the streets, fell in love with one of the most unlikely people in the world. It’s how we all are in high school, falling for the one girl that we all know we can not have, but lucky for Aladdin, he gets the girl. With Aladdin being the diamond in the rough and going into the Cave of Wonders, he finds Genie (Robin Williams RIP) and goes on this adventure of becoming a prince and winning the heart of Jasmine. We all learned that Aladdin didn’t have to be a prince in the end, but it does show what someone will do to win someone’s heart. Love conquers all, no matter what the obstacle is. I hope you enjoyed my top 5 list this week! Be sure to share your thoughts with us too! 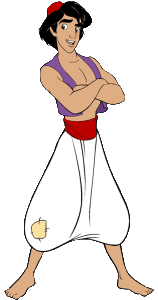 My name is Brandon Popper and I am a Disney addict.  Living in Southern Indiana relocated from the Windy City. Been into Disney pretty much my whole life, favorite movie is Aladdin.  In 2004, I had the pleasure to work for Disney as a College Program cast member working at the emporium.  Moved to Orlando for a few months back in 2008 and became AP for the time we were there.  I even got engaged at Disney’s Artist Point. Become DVC members in June 2014. I am an avid sports fan with the Chicago Cubs being my favorite.  I am happily married and have a 2.5 year old son Franklin. 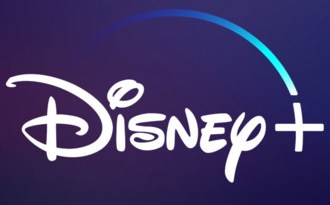 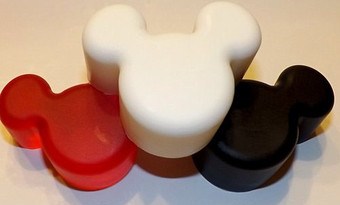 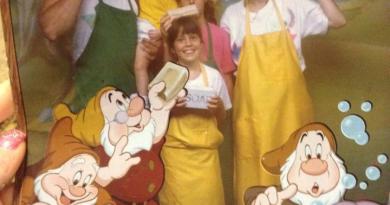 Sweetheart Spaghetti and Meatball Cupcakes ~ Make Your Own!

January 30, 2016April 14, 2020 Michele 0
The Main Street Mouse
%d bloggers like this:
We use cookies to ensure that we give you the best experience on our website. If you continue to use this site we will assume that you are happy with it.AcceptPrivacy Policy