With all the hype of Avengers: Age of Ultron I remembered this article Michele wrote sometime ago and I wanted to repost it for all to read it.  Enjoy!!! 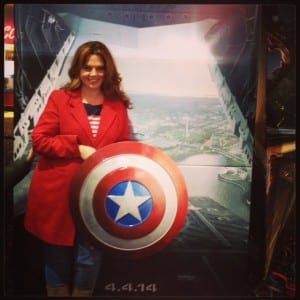 Friday night, there wasn’t much to do, and we had just received our latest shipment from Disney Movie Rewards. We had about 5 Disney movies to choose from, and I decided to be nice at let my husband watch The Avengers, instead of say Frozen or Saving Mr. Banks again. We actually took the boys to see The Avengers in the theater the weekend it opened in 2012. I won’t lie, it wasn’t my choice to go, I wasn’t interested. Nevertheless, I sucked it up and was a trooper for the sake of all 3 boys in my household, hubby included, and went happily along to the show. From the opening scene, I had no clue as to what was going on, who the characters were, or what was with the glowing cube that they all wanted. Sure, I knew technically who Thor, Iron Man, The Hulk, etc were, but the rest, no clue. Marvel is a big thing in our house, but for me, I’d rather watch Tangled and eat chocolate! Anyhow, I sat through the whole movie, entertained, there was lots of action, and I was fine with it. When I got home, I thought about how much of the movie I didn’t understand. The only things I took away from it was a lot of witty humor, action, and I strangely had a fondness for the movie’s bad guy….. what was his name again, Loogie? Yeah, I thought that, don’t laugh. This self proclaimed Disney Princess was totally out of her element, but I know venturing out is good.

Fast forward to movie night, last Friday. I watched the movie again, as I said, and I surprisingly got it this time. What a huge difference this past almost year has made. The opening scene came on, and I didn’t see the glowy cube and wonder what the heck it was, I knew it was the Tesseract and why everyone wants it. (Ha! Go me!) Here comes the bad guy….. Loogie? No way, that’s Loki, and I totally get what the Fangirl craze is about now too. Agent Coulson, Nick Fury, yep, I’ve seen them on SHIELD. I actually watch SHIELD, believe it or not! I wasn’t sad this time when Loki shoots Coulson, because, like I said, I watch SHIELD! I was much more entertained watching The Avengers the second time, months after the first go-around. I watched with a bit of reservation though, in a girly way. For instance, when Hawkeye leaps off of something, spins in the air with his bow and arrow, and actually makes the shot, my husband says “oh like that would really happen!” I replied, “like ANY of this could really happen!” That’s the part he couldn’t believe, out of the impossible fights, jumps, and feats that the characters pull off? Really? To me, that’s the part I do roll my eyes at, how unrealistic the stunts are, but then again, most Disney movies are total fantasy, and couldn’t actually happen. I’ll confess, it’s fun to think about, sort of. Like Tony Stark’s huge building, and all the fun gadgets he has. Or how cool it would be to actually have people like this around, who have super human powers and used them to protect the greater good of humanity.

So yes, I get it now, and I’m not ashamed to admit that. I do prefer the Princess-like, cartoon fantasy side of Disney, but hey, Marvel is pretty awesome too. (Article written before Captain America: The Winter Soldier was released) I will go see the next Captain America movie and be fine with it, as well as the other Marvel films, maybe even be good with hitting a Comic Book Convention with the boys. If you’ve never given Marvel a chance, I suggest you give it a go. You can be both a Princess and an Avenger in the Disney universe, and it’s actually a lot of fun. 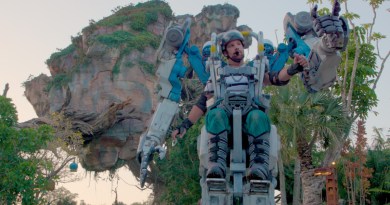 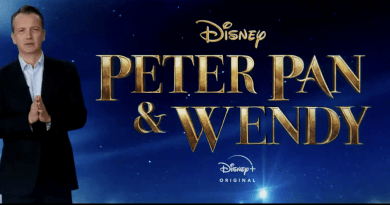 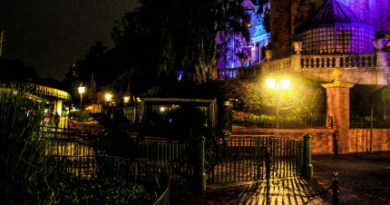 Getting a Lion King Wake Up Call on Spring Break!

March 31, 2015April 16, 2020 Michele 0
The Main Street Mouse
%d bloggers like this:
We use cookies to ensure that we give you the best experience on our website. If you continue to use this site we will assume that you are happy with it.AcceptPrivacy Policy