Actually the title should read, “Happy Birthday to my favorite American film director, producer, artist, writer, poet and stop motion artist, Tim Burton.  Tim was born on this date in 1958. 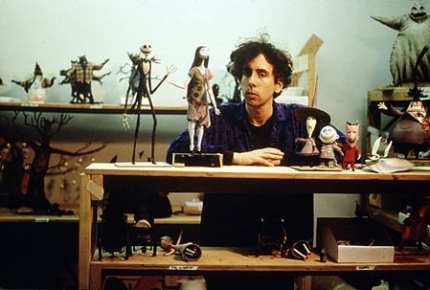 Tim Burton’s ties to the House of Mouse go back to his early days. He was born and raised in Burbank, CA.  He spent most of his childhood as a recluse, drawing cartoons and watching old movies.  Growing up he felt an affinity to Edgar Allan Poe, Vincent Price, and the classic movie monsters. His drawing became his sanctuary and in the ninth grade he won first prize for designing a anti-littering poster.   His drawing was even put on all the garbage trucks of Burbank for the next year.

When Tim was 13 he went to Disney to visit and asked what he would need to do in order to work there. They gave him the typical speech to stay in school and study. The problem was that Tim hated school.

At 18 Tim wrote and illustrated a children’s book about “The Great Zlig”, a huge blue monster that terrorized other creatures. Tim sent his book and a letter to Disney asking them to take a look at it. He received a very encouraging and kind letter back, but no job offer.

Tim went on to the California Institute of the Arts where he graduated in 1979. After reviewing his film Stalk of the Celery Monster, Disney hired Tim to work for the animation department. Tim worked on movies such as The Fox and the Hound, The Black Cauldron, and Tron. The problem was Tim was not the typical Disney artist. He didn’t have the style the others had and he was unhappy.

After 3 years of working at Disney, Burton wrote a poem that he wanted to turn into a film. He created the stop-motion short titled “Vincent” about a boy that wanted to grow up to be Vincent Price. Tim was even able to persuade Vincent Price himself to narrate the film. This was wonderful for Tim as Vincent Price was his idol.

After Vincent, Tim worked on some other projects for Disney but still felt he wasn’t right with Disney. Before leaving in 1984, Tim directed a black and white live action short titled Frankenweenie. Tim would go on to remake the film in 2012 where it would receive positive reviews from the critics and was nominated and won many awards.

Tim created another poem while at Disney about a Halloweenland, which would become The Nightmare Before Christmas eventually. He proposed a 30 minute television holiday special based on the poem, but Disney didn’t go for it.

After he left Disney, Tim went on to have much success. He was chosen by Paul Reubens (a.k.a. Pee-wee Herman) to direct Pee-wee’s Big Adventure. Then Beetlejuice, Batman, Edward Scissorhands, Batman Returns to name a few. Tim always was thinking back to his poem and creating Nightmare. Disney still owned the right to the film, so Tim returned to Disney and in 1990 they made a development deal for the film. Production started on the film in 1991 and took almost 3 years to make. Due to scheduling issues, but The Nightmare Before Christmas was made and became such a huge success for Tim and Disney still to this day.

Tim has been involved in other movies for Disney, including the 2010 film, Alice in Wonderland and he is Producing the second Alice film that is due out in 2016. All of Tim’s films have a very distinct feel to them and I think his style is great.

Again, I wish a very great and Happy Birthday to one of my true inspirations, Tim Burton.

Scott has 3516 posts and counting. See all posts by Scott 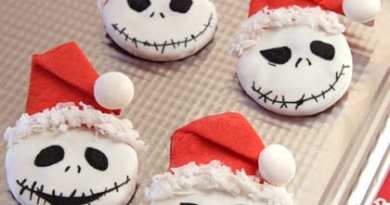 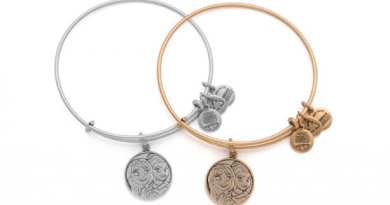 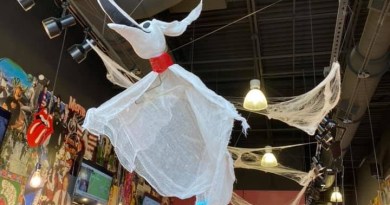 This is Halloween… at the Salon! Amazing Nightmare Before Christmas Decor!

September 19, 2020September 19, 2020 Michele 1
The Main Street Mouse
%d bloggers like this:
We use cookies to ensure that we give you the best experience on our website. If you continue to use this site we will assume that you are happy with it.AcceptPrivacy Policy