In 1916, Walt Disney had seen a movie based on play by Jessie White. The film starred Marguerite Clark and Creighton Hale. That film was Snow White and the Seven Dwarfs. In the 1920′s when Walt was making shorts, he knew that animation was not to the point it could produce a full feature film. He also knew that just doing shorts he would always be on the fringe of. In the back of his mind, he always knew that Snow White and the Seven Dwarfs would be a great film to do. Animation at this time was very similar across the board. Most characters were male and rubbery in movement. Female characters were just the male characters in high heels, a skirt, dainty gestures, and eyelashes that set them apart from the male version. It wasn’t until Betty Boop, that the first female character was really created. Being the lead for Snow White was a female, Walt wanted to improve on the animation of a female character. 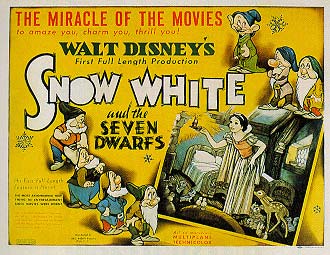 As Walt and his animators took cartoons to the next level, with the Silly Symphonies series, they added color and sound. Walt challenged his animators to give the characters more definition and make them into believable characters. He wanted the audience to see the character as more then just a cartoon. He wanted the crowd to feel for the character the way they do for a live version of a character in film. One thing Walt did for his animators, was once he had a little bit of extra money he sent them all to school. Sadly, Walt found out quickly that the art schools weren’t able to teach what Walt wanted them to learn so he created his own schools. With his animators becoming what he wanted, Walt took the biggest risk of his career and decided to create Snow White and the Seven Dwarfs. Skeptics told him a full length feature film cartoon would never make it, but Walt didn’t listen. Thankfully for us he didn’t.

The way I have heard it told by different animators, Walt called a meeting one evening, he had a large group meet on the sound stage. Walt being the showmen he was, knew he would need to sell his idea of the film to the ones who would help bring it to life. Walt not only told the story, but he acted out each scene and character. From different things I have read over the years, Walt acted out the film multiple times to help the animators see his vision.

Development on the film started in early 1934 and in June of that year, Walt announced to the New York Times that he was working on his first full length film. Walt believed at the time the film could be done for around $250,000, but it ended up costing around $1.4 million. That was a hefty sum for any film of the era, but for a cartoon, completely unheard of. Walt had to fight to get the film done. Even his biggest supporters, his brother and business partner Roy and his wife Lillian both tried to talk him out of doing the film. But he wouldn’t give up, he even mortgaged his house to get the funds to do the film.

There were so many meetings and idea’s swirling with how the film should be done. Walt’s main focus for the movie was always the Dwarfs. In Grimm’s original fairy tale, the Dwarfs had no names. Walt wanted them to have names that would reflect their personalities. Some names thrown around were Jumpy, Deafy, Dizzey, Hickey, Wheezy, Baldy, Gabby, Nifty, Sniffy, Swift, Lazy, Puffy, Stuffy, Tubby, Shorty and Burpy. Of course it was eventually settled on Doc, Sleepy, Happy, Bashful, Sneezy, Grumpy and of course Dopey.

Walt and his staff spent a lot of time to develop the full story. They had even tried to incorporate certain things from the original Grimm’s fairytale. For instance, they were going to use the poisoned comb, but didn’t use it in the final draft. They did use the poisoned apple, as the Queen’s method to kill Snow White. It’s not said if they considered the first way the Queen tried to kill Snow White with the bodice.

In the original notes, the writers were working with the notion that the Queen would be ‘fat, batty, cartoon type, self-satisfied’. Over time they realized what wouldn’t work and that created the Queen the way we know her today.

There was a point in 1934 that Walt was the only one working on the project and eventually he stopped and didn’t pick it up again till the Autumn of 1935. Some thought that Walt didn’t think they could do the film the way he imagined it. It was after a trip to Europe in the summer 1935 that Walt’s faith in the project was restored. He moved forward with his project. In a memo sent out on November 25, 1935, Walt laid out the assignments for everyone on the film and things were starting to take shape.

They changed from the original plan that the Dwarfs would be the focus of the film and focused on the story between the Evil Queen and Snow White. There were many scenes shot that were cut involving the Dwarfs. Many gags were done but taken out because there was thought the gags might take away from plausibility of the character.

There were a couple scenes that were done by Ward Kimball that were cut. Ward was so upset about the sequences being cut, he contemplated leaving the studio. Walt was able to persuade him into staying and promoted him to supervising animator of Jiminy Cricket for Walt’s next projectPinocchio.

The film would be released on December 21, 1937 and premiere at the Carthay Circle Theatre. Outside the theater was a animation exhibit set up for patrons to enjoy. Also there was Dwarfland with a cottage and the Dwarfs themselves. When the film debuted that evening all the Hollywood Elite came out to see Walt’s film.

At the end of the film, the crowd gave a standing ovation. Even the critics that called the film “Disney’s Folly” realized they were wrong. Six days later, Walt Disney and the seven dwarfs appeared on the cover of Time magazine. The New York Times said “Thank you very much, Mr. Disney”. Variety suggested that “[so] perfect is the illusion, so tender the romance and fantasy, so emotional are certain portions when the acting of the characters strikes a depth comparable to the sincerity of human players, that the film approaches real greatness.”

At a cost of $1.4 million, the film had taken three years, 750 artists and almost two million individual paintings to create. Snow White and the Seven Dwarfs went on to receive a special Academy Award (one full-size Oscar accompanied by seven “dwarf” Oscars), and its original worldwide gross totaled $8.5 million. Today, that would have been hundreds of millions of dollars. It was the highest-grossing movie of all time until it was later surpassed by “Gone with the Wind.”

To this day, Snow White and the Seven Dwarfs is regarded as one of the greatest films of all time. The music is loved by millions. From “Someday My Prince Will Come” to “Heigh-Ho” the music is still enjoyed by all. The movie has sparked theme park attractions, Broadway musicals, video games, etc. The Evil Queen is still one of the most popular villains in Disney history and the Dwarfs are a huge fan favorite. Everyone seems to have their favorite. Snow White is the original Disney Princess and still very popular. Next time you are in Disney, notice how many of the little girls coming out of the Bibbidi Bobbidi Boutique are dressed like Snow White. If not for Walt’s dream and persistence in creating this film, who knows what would have happened. Thank you Walt for never giving up. 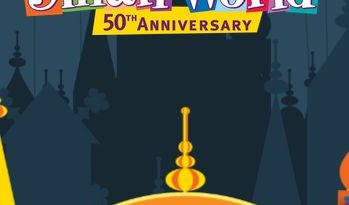 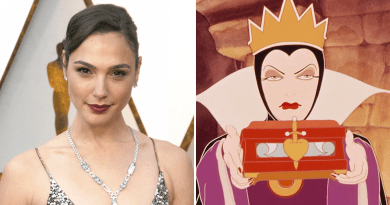 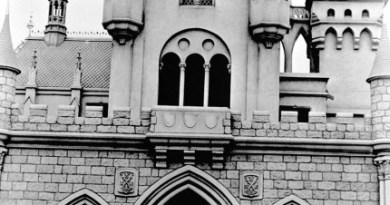 How Walt Disney Changed Views of The World

Marc by Marc Jacobs Is Making an Alice in Wonderland Collection!

May 13, 2014April 16, 2020 Scott 0
The Main Street Mouse
%d bloggers like this:
We use cookies to ensure that we give you the best experience on our website. If you continue to use this site we will assume that you are happy with it.AcceptPrivacy Policy