On April 29, 1949, Disney’s animated short film, “Pluto’s Sweater” is released in theaters. The plot consists of Pluto having to wear a pink sweater that Minnie so kindly knitted for him. Poor Pluto has to endure the teasing and carrying on over the sweater from Figaro, Minnie’s feisty little cat! Like with most early Disney shorts, Pluto’s Sweater is really cute.

I know as a child, I watched so many Disney shorts and other animated features, that I had lost count. Sometimes it was hard to actually keep track of what I had seen. Sure, I remember the actual movies, like Lady and the Tramp, which was the first Disney Film I had seen in the theater. I believe my Mom took me when I was around 5 or so. I have a brother who is 9 years my junior, and I remember him watching “Donald Duck Presents” in the mornings before school. During that show, they featured many animated classic shorts,
Pluto’s Sweater was one of them. Truthfully, that was one of the many classics that I had forgotten about. Sad, but true!

Fast forward years later….. My older son really got into Vinylmation collecting. I don’t collect Vinyls personally, but my household does hold quite a few (boxes) of them!! So, when the “big kid” in my home (yes, the husband) got on the Vinylmation bandwagon, I of course was exposed to their thrill of opening boxes, like a kid on Christmas, to see what Vinyl they got. Coincidentally, one Vinylmation that they kept getting was one called “Pluto’s Sweater.” That made me pause…… sounded familiar. Still I couldn’t remember the whole plot of what that was. How could I forget? I’m a Disney Girl, after all! Again, sad on my part!

A couple years ago, I had bought a “Have a Laugh” DVD for my younger son. The boys watch the Disney Channel, and they enjoyed the classic Disney short films they show in between commercials and episodes of their programs. So, as an extra Birthday present for the little man, I thought that DVD would be great for him, since he loved the old fashioned, yet classic short films. In the hustle and bustle of his birthday, and among all the other presents he had received, the Disney DVD kind of got lost in the shuffle. Yet again, I forgot about it.

Then, one day, I was cleaning up the house, and I heard loud belly laughs, as I call them, coming from the back of the house. My little guy has a laugh that sounds as if it comes from his toes, just that deep down innocent giggle that us Mom’s love so much. So, out of curiosity, I go to his room to see what is so darn funny. Wouldn’t you know….. He found his classic Disney DVD and was watching it. You’ll never guess what short was on, that was making him laugh like that…… yes, Pluto’s Sweater!

So, I sat with him for a minute to watch, and all those memories started flooding back. Yes, I did remember this, and I couldn’t figure out how or why I couldn’t remember before. Like with most of us seasoned Disney fans, we see so much in our lives, and have so much to do with Disney, sometimes the memories get lost in the shuffle, just like the DVD did after the birthday party. For me, the fact that the little story of Pluto’s Sweater kept coming up over and over, was a good reminder. No matter how old we get, we should take time to remember some of those classic things that Walt created, to get in touch with what made us love Disney in the first place. I know that I’m happy that my son’s love the classics, as well as the modern day aspects of Disney. Those classic films show us the Magic that Walt wanted to incorporate into the hearts of so many people, and he did a beautiful job! 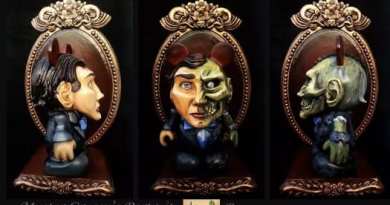 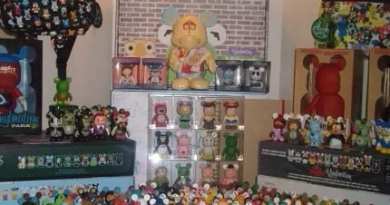 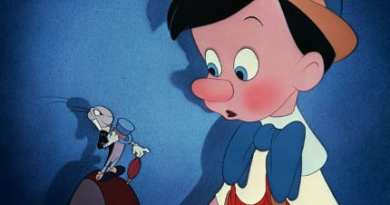 How Well Do You Know… Pinocchio?

January 14, 2015April 16, 2020 Scott 1
The Main Street Mouse
%d bloggers like this:
We use cookies to ensure that we give you the best experience on our website. If you continue to use this site we will assume that you are happy with it.AcceptPrivacy Policy