This story was posted on the Hollywood Reporter and with it involving Star Wars I wanted to share with all TMSM’s readers.  The Big Bang Theory gang will celebrate “Star Wars” Day and re-create the planet Dagobah, with Bob Newhart slated to appear as one of the iconic characters from the franchise. 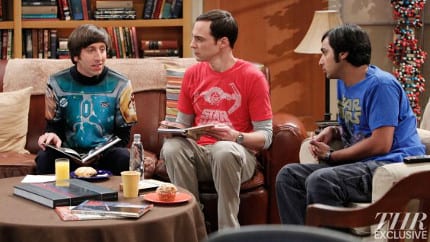 These may be the Jedi you are looking for.

CBS’ The Big Bang Theory is teaming with Lucasfilm for an epic Star Wars episode timed to Star Wars Day, The Hollywood Reporter has learned.

In “The Proton Transmogrification” — the episode set to air May 1 and timed to the annual May 4 Star WarsDay — the gang gets together to celebrate the annual geek holiday, while Sheldon (Jim Parsons) is guided by visions of his childhood idol and mentor, Professor Proton (Emmy winner Bob Newhart), who appears to the socially challenged genius as his own Jedi master.

For those not in the know, Star Wars Day is recognized every year on May 4, with the traditional celebratory greeting being “May the fourth be with you” — a play on Star Wars’ famed “May the Force be with you” line. Fans across the globe celebrate the film franchise with screenings and special events.

For the episode, the CBS comedy teamed with a group of special effects technicians from Lucasfilm’s Industrial Light & Magic to re-create Dagobah — the remote world of swamps and forest that served as a refuge for Yoda during his exile — and provide props for the episode, including a light saber. Lucasfilm experts consulted on the episode and visited the Big Bang Theory set to oversee the production, with the final touches completed at its San Francisco headquarters.

“We were approached by the Lucasfilm people to do something to celebrate Star WarsDay, which was nice,” co-creator Chuck Lorre tells THR.

Added showrunner Steve Molaro: “We knew that Bob was coming back and Lucasfilm called us, and we realized that that this might be an opportunity to mix both stories and come up with something special.”

While Lucasfilm consulted on the episode, the idea to re-create Dagobah sprung from the geektastic brains of the Big Bang Theory writers and producers.

“This was all from us,” Molaro told THR from the set during production on the episode. “They’re excited about everything we’re doing, and they’re going to help us with the special effects. Bob is going to be swinging a light saber around and they sent us a real one to use. They’re going to help make it look and sound right. It’s an amazing crossover for us.”

And special it will be: Newhart will appear as one of the iconic characters from the Star Wars universe during the episode — though exactly which character he’ll play is being kept under wraps.

“Chuck and I called Bob and let him know what we were thinking about. We had to give him a quick primer on the Star Wars mythology … he picked it up pretty quickly and was very excited about it,” Molaro said.

Lucasfilm VFX guru Eddie Pasquarello was the on-set consultant for the episode and said it made sense for the company. “We at ILM were very excited to do the effects for it. Everyone loves the show there and to have the tie-in to May the Fourth felt like a good synergy and marriage. We jumped at it,” he tells THR. “We did talk about what the set would look like and they sent us pictures of the light saber hilt and the Dagobah set and we were impressed. We talked about the interactive lighting for the light saber and some of the ideas that were there. They did an amazing job of getting it together.”

While Star Wars references are nothing new for the geek-themed comedy, the episode will feature an increase in set decoration and wardrobe, with the cast sporting shirts (see photo above) and additional goodies around the incredibly detailed set.

Meanwhile, Newhart tells THR that he had to “do some research” into Star Wars, leaning on producers as well as his family members for its cultural significance.

“I talked to Chuck, Steve and [co-creator/EP] Bill [Prady] about it and they gave me thePhantom Menace so I knew what [Dagobah] would look like. They explained to me what the light saber was and what it could do — and not to point it at Jim because it would kill him!” 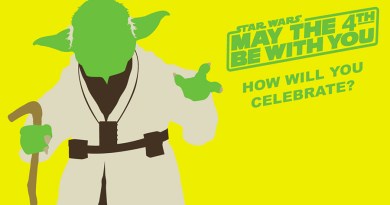 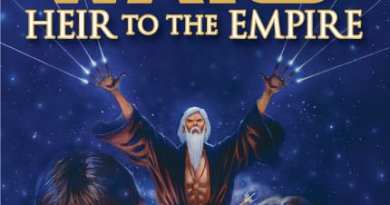 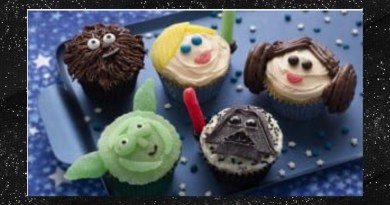 Behind The Camera…Early Days Of Disney Animation

December 19, 2014April 16, 2020 Scott 0
The Main Street Mouse
%d bloggers like this:
We use cookies to ensure that we give you the best experience on our website. If you continue to use this site we will assume that you are happy with it.AcceptPrivacy Policy