Being Disney fans there are words we hear, especially when something new is coming out; plussing, Imagineering, WED, and WDI.  But who here really knows what they do? I do, well after some research, I do. They tell us a story.

Imagineers are credited with building 11 theme parks, 4 ships, a town, water parks, sports complexes, shopping districts, and golf courses. But who are the imagineers and what do they do? They are men and women, from every age, every nationality, every education level, every creed, and every background. There are 140 job titles that fall under Imagineering; artists, architects, engineers, electricians, writers, machinists, landscape designers, model makers, sound technicians, carpenters, producers, accountants, filmmakers, schedulers, estimators, and textiles.

The term ‘imagineering’ is a relatively new term; it was first used in the 1940s and was founded officially in 1952. Originally Walt Elias Disney or WED, the company was renamed Walt Disney Imagineering or WDI. They are responsible for everything you see at all the parks; rides, shows, parades, fireworks, restaurant, and shops. Their headquarters are in Glendale, CA, but they are at 7 locations total, including all the resorts, the cruise line, and the Aulani resort in Hawaii. 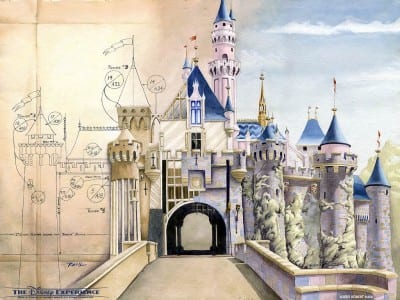 Have you heard of the FastPass, Circle-Vision 360, Audio-Animatronics, Omnimover, Sorcerers of the Magic Kingdom and DisneyQuest? These are just the tip of the iceberg of what imagineers have created; in fact they hold 115 patents and counting. They also have a couple concepts they are known for. One is ‘blue sky’, when the imagineers sit down to create a new attraction they start with a blue sky, in other words no limit, nothing is off the table or no idea is dismissed. The other is ‘plussing’ once a new concept is in its final designing stages imagineers think ‘how can we make this better?’ ‘what can we do to help guests have a better experience?’

So just what is next for the imagineers, one word…..Shanghai. The new resort is scheduled to open late 2014. There is also the new Disney Springs project, Carsland, Avitarland, fasspass+, and the New Fantasyland.

The History of Disney’s California Grill at the Contemporary Resort