The 5 Dates ~ By Dianna Standen

Now what do these 5 dates have in common? These are the birthdays of the Sensational Six; Mickey, Minnie, Pluto, Goofy, Donald, Daisy. Yes I can do basic math, there are 5 dates and 6 names, Mickey and Minnie share birthdays. I am going to focus on Mr. Mickey Mouse but I will touch on the other 5.
President Jimmy Carter once said; “Mickey Mouse is the symbol of goodwill, surpassing all languages and cultures. When one sees Mickey Mouse, they see happiness”.

Plane Crazy, a test screening, was the first short for Mickey and Minnie was shown on May 15th 1982. That November Steamboat Willie was released introducing Mickey and Minnie Mouse to the world. Fifty years later Mickey Mouse received his star on the Hollywood Walk of Fame, you can find him at 6925 Hollywood Blvd. Mr. and Mrs. Mouse were never married on screen, but in 1933 Walt confirmed it in an interview.

Mickey has a long list of cultural achievements, on top of his star on the walk of fame. He has been the Grand Marshall at both the Tournament of Roses and Festival of Lights in Chicago. Mickey, also frequently is seen at the Macy’s Thanksgiving Day Parade, his first appearance was in 1934. In 1994, four of his shorts make the Top 50 Cartoon Shorts. Mickey received 9 Academy nominations and won 1.

Some odd facts about the loveable mouse: His first words were ‘Hot Dogs’ in The Karnival Kid in 1929. In 1933, he received 800,000 pieces of fan mail. Mickey has a variety of pets; Pluto (dog), Tanglefoot (horse), Bianca (goldfish), Milton and Leeza (cats), Bobo (elephant), Oscar (ostrich), and Gubbles (fish). Mickey’s brain is in both his head and his ears. The design of a mouse won out over a dog, cat, female cow, male horse, and a male frog. Mickey stands proud as Helmsman Mickey on the Disney Cruise Line ship the Magic. 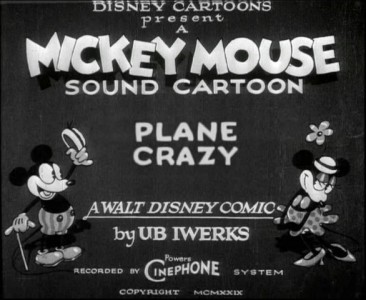 Pluto the Pup, originally called Rover, was born on September 5th 1930. His first short was The Chain Gang. He is part bloodhound and part pointer and is known for being a big flirt falling for any girl walking by. Pluto has only said one line ‘Kiss Me’, in The Moose Hunt. Pluto’s short Lend A Paw won him an Oscar. Pluto the Dwarf Planet (or just Planet as I still call it) was recently photographed and appears to be the same shade as Pluto’s fur color. 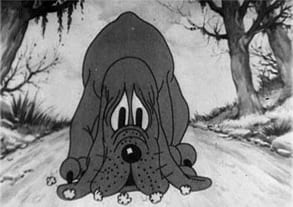 Mr. Goofy Goof, formally called G.G. Goof, is that loveable character Goofy. He was born as Dippy Dog in Mickey’s Review on May 25th 1932. His nephew, Gilbert, is the only referred to character to never actually be shown in animation. His clothes are the most inconsistent, officially his hat is green with a black band and his vest is black. 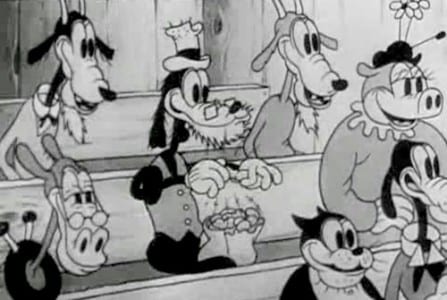 Walt Disney once said, “But like every family we have a trouble child, Donald Duck”. Donald made his debut on June 9th 1940 in Wise Little Hen. His birthday is also seen in Donald’s Happy Birthday as March 13th. His full name is Donald Fauntleroy Duck, but was originally Donald Oliver Duckling. Donald also has a long list of pets; Bolivar (St. Bernard dog), Tabby (cat), Tootsie (penguin), Joey (kangaroo), and Boo-Boo Chicken. Admiral Donald is the mascot of the Disney Cruise Line ship The Dream. Donald has the most recognizable voice and has his own star on the Walk of Fame. He also is the only one of the Se nsational Six to be the official mascot for a school, the University of Oregon. 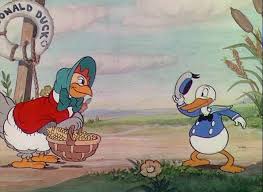 Daisy Duck, is Donald’s leading lady, and also holds a temper. Her birthday is June 7th 1940 and debuts in Mr. Duck Steps Out. She like the rest of the gang has several pets; Trixie (kitten), Knuckles (iguana), and Captain Jumps-a-Lot (rabbit). Her main goal is to help Donald control his temper. Daisy started as Donna Duck in Don Donald.  Unlike Mickey and Minnie, Donald and Daisy are not married.

Recap of Agents of S.H.I.E.L.D and Cameo coming

June 26, 2020 Guest Blog
The Main Street Mouse
%d bloggers like this:
We use cookies to ensure that we give you the best experience on our website. If you continue to use this site we will assume that you are happy with it.AcceptPrivacy Policy