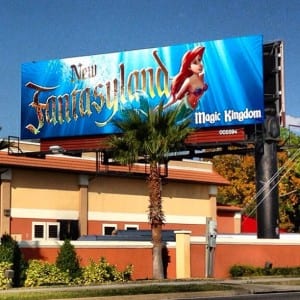 Paging Mr. Morrow paging Mr. Tom Morrow to it’s a small world after all…………oh well now that song is stuck in my head.

This is the second part from my trip to Disney World this week.

Stay Behind the Yellow Line

So my husband and I are getting on Dinosaur at Animal Kingdom in Dinoland USA, we are buckled into our time rover and have been given the all clear. Note: we are sitting the front row in the middle. We being to move forward about a foot and a half and 3 cast members start yelling no and the car comes to a screeching halt. After this all the people in the whole loading bay are looking at our car. I thought the young girl who releases the cars was going to have a heart attack. Apparently a woman left her cell phone, and ran down the stairs and tried to jump in the full car to get it. I am very happy to say no one was hurt and we got on with the ride shortly after. It is also nice to know all the safety features put into the rides really do work, and my neck proved they worked well. The moral of the story DON’T cross the yellow line.

I suggest to everyone that go to Disney World, leave your cell phones at home/hotel/suite/RV. I can’t tell you how many times I have been in line and seen a family of 4 or 5 just engrossed in there phones/tables/nooks/video games. I want to grab them and say you paid at least $80 to be here, so be here. Now if a person is using their phone as a camera or as video recorder that is okay. The Disney Company cast members all have put blood, sweat, tears, and years into these places, so take the time to look around. Okay I will get off my soap box now, but as one last note there is a good reason the TTC is a mile and a half from the Magic Kingdom.

The bush just jumped out and attacked me!

So a bush came out and attacked me as I was playing with a leaf….well that is my side of the story, I am sure the bush has another…..and I ended up with a splinter. It was not huge, it just got in deep and was really hurting. So I just dealt with it for two days and after a while I just couldn’t deal with it. So I stopped by First Aid in the Magic Kingdom, thinking it would cost to have a nurse look at it and remove it. I explained what happen and that my husband just needed a pair of tweezers to get it out. They were very friendly, got me in a room right away and had sterile equipment ready to go. There was no charge, and have my thumb not hurting or tender any more was such a relief. The lesson in this story if you need something just ask.

So my husband and I decided to take the Behind the Seeds tour in the Land at Epcot. It was great, he is a chef so he knows his food. It was amazing the neat little facts you get to know. They also tell all there secrets, we got a hand out on how to do the hydroponics at home. It is a great use of $18, and a hour. I recommend any gardeners, chefs, environmentalists or chemists take the tour. Our goal one day is to do the Keys to the Kingdom tour.

Other Changes in the Magic Kingdom

There are changes in the works, I noticed many changes and all were good. All Haunted Mansion merchandise is now in Yankee Trader. There is also a cut through from Liberty Square and Fantasyland. Okay, picture this you walk out of the Haunted Mansion and make an immediate left, you would have walked right into a row of bushes, now it is a walk way into Fantsyland. It connects where the old Skyway entrance was, and this now includes bathroom and a large sitting area, it also holds more stroller parking. Pecos Bill’s, in Frontierland, face lift is finished, and it looks good. The new Little Mermaid ride is also amazing, but I am a little bias, it is an shorter version of the movie. Its audio-anatromics were all they are made out to be. Ursula was billed as being one of the best in years, and I agree, her size is amazing. She has a great range of motion and facial expression.

I will see all of you next week with my next E-Ticket article.

November 9, 2014April 16, 2020 Scott 0
The Main Street Mouse
%d bloggers like this:
We use cookies to ensure that we give you the best experience on our website. If you continue to use this site we will assume that you are happy with it.AcceptPrivacy Policy