“Guardians of the Galaxy Vol. 3” only recently finished filming and the movie has already been making headlines! And now, per what is said to be a newly released set photo, it seems we may have a look at a new villain that’ll appear in the upcoming film!

As shared by ComicBook, it seems we may have confirmation that Marvel comic book character High Evolutionary will be appearing in the film thanks to photos captured by set-tracking paparazzi. In the image, which was originally shared by Cosmic Circus, it features a graffiti image of what resembles the infamous character. Per the image, Cosmic Circus, and several other outlets, it’s believed the character will be portrayed by actor Chukwudi Iwuji. Iwuji’s official IMDB page does confirm the actor will be appearing in the film, which coincides with this theory.

Of course, it is worth noting that even though it has been confirmed that Iwuji will appear in the film, whether or not he will be playing High Evolutionary has not. Details surrounding his character in the film have not yet been revealed by the house of mouse–which does make this a rumor at this time. Iwuji spoke with Variety earlier this year about his part in the film, saying:

“The production is so big. James and I, we’re picking up where we left off,” Iwuji said at the time. “[The character] is very different from Murn. It requires different stuff from me. The way James works with me is pretty much the same, which is he trusts my choices – but at the same time when I give him a choice, he’s ready to push it further. He’s making me push myself. This character needs an extremism that I didn’t need to really tap into in Peacemaker that I’m tapping into here. Our relationship remains the same, one of enjoyment, mutual love and trust.”

For those not familiar with High Evolutionary, he first appeared back in 1966 in The Mighty Thor #134. The character is known for his superhuman intelligence, telepathy, telekinesis, precognition and cosmic awareness, and vast matter and energy manipulation, in addition to several other super abilities.

To see the set photos, be sure to head over to Cosmic Circus by clicking HERE.

What are your thoughts on Chukwudi Iwuji potentially being featured in “Guardians of the Galaxy Vol. 3”? Let us know in the comments! 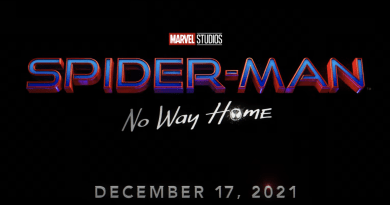 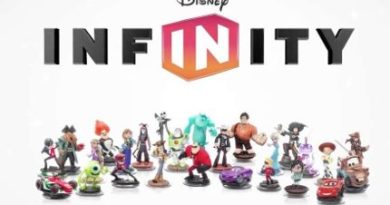 Are You Or Your Kids Disney Infinity Players?

July 27, 2018April 16, 2020 Guest Blog 0
The Main Street Mouse
%d bloggers like this:
We use cookies to ensure that we give you the best experience on our website. If you continue to use this site we will assume that you are happy with it.AcceptPrivacy Policy