The Disneyland Resort has brought it’s Spider-Man themed area of Avengers Campus at Disney California Adventure to new heights with its incredible state of the art Spider-Man robot that’s capable of jumping high in the air over the land’s themed buildings. However, in a recent and viral TikTok the bot can be seen failing epically and we can’t stop laughing.

The video was originally shared by TikTok user @alainbuii and has since been shared throughout the internet, including in this tweet by @thescarletprint. The TikTok, seen below, shows the the Spider-Man robot launching from his web before diving head-first into a nearby building. After not sticking the landing, the animatronic falls out of sight onto a neighboring roof. In a comment on TikTok, however, Buii confirmed the video was created with CGI, and said he’ll be posting a breakdown of the VFX to show how he created the image. Watch the video below:

Again, it’s worth noting that this did not really happen and that it was created with the help of CGI. Although, this realistic video makes it feel so real. The Spider-Man can be seen at the themed land throughout the day as it does the performance multiple times an hour.

Of course, with how real this video appears, it goes without saying that it can easily be mistaken for the real thing, which Buii acknowledged in the comments of the original TikTok. “Please don’t come after me, Disney,” Buii commented.

Buii has since revealed he will putting out a followup video explaining how he was able to create the CGI accident. Until then, enjoy the goofiness of this epic video that really does feel so incredibly real.

What are your thoughts of this epic TikTok showing the stunt robot failing at Disney California Adventure? Let us know in the comments! 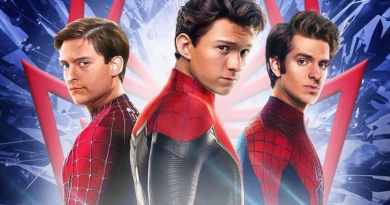 Adorable “friends” you can adopt at Galaxy’s Edge #galaxysedge

May 30, 2019April 11, 2020 Michele 0
The Main Street Mouse
%d bloggers like this:
We use cookies to ensure that we give you the best experience on our website. If you continue to use this site we will assume that you are happy with it.AcceptPrivacy Policy