From the Disney Parks Blog and written by: Steve Wilcox

Psst… you want to know a Disney Insider secret? Did you know for the last 20 years some backstories and characters from your favorite Disney Parks attractions have been interconnected through a secretive organization called the Society of Explorers and Adventurers (S.E.A.)? For the first time on Disney+, Imagineering team members behind S.E.A. discuss how these stories and characters are related! Excuse me while I geek out a bit … The Imagineering team introduces Julie Kagawa, the author of the forthcoming middle-grade book “Shinji Takahashi and the Mark of the Coatl” which will publish in April 2022 and is the first in a series of books that explore the mysteries of S.E.A. This will be a Disney Insider episode you won’t want to miss!

Bonjour! C’est magnifique! Okay my French may be very petite, but what I do know is guests love seeing everyone’s favorite “Petite Chef” at EPCOT! Opening its doors during the Walt Disney World 50th Anniversary celebration, guests can shrink and scurry on a culinary adventure based on the Disney – Pixar film “Ratatouille.” Take a ride on this family-friendly attraction with the makers of Remy’s Ratatouille Adventure as they share how they created a gastronomical adventure, just in time for The World’s Most Magical Celebration. You never know what delicious experiences await!

Hi-ya Pals! Oh Toodles! Okay maybe my Mickey Mouse speech is just as small as my French, but I can move it and shake it to the Hot Dog dance! In this latest episode, see and learn how the creative team behind the animated Disney Junior Show “Mickey Mouse Funhouse” pulled inspiration from Mickey’s ToonTown at Disneyland park to create the whimsical world inside the hit series.

Onboard
Disney Cruise Line, blue skies and sunshine are abundant, and you don’t have to
“dig a little deeper” to find some delicious cuisine! One of my absolute
favorite restaurants on land or at sea is “Tiana’s Place” from “Princess and
the Frog” which is onboard the Disney Wonder. At “Tiana’s Place,” the Big Easy
comes to life in a big way and Disney Insider fans can get a taste of what inspired
the cuisine straight from the Disney Cruise Line Chefs as they explore New
Orleans themselves.

Want to experience the picturesque Crescent City yourself? From Feb. thru early March 2022, guests can set sail onboard Disney Cruise Line straight from New Orleans – a port city full of culture, jazzy tunes, and fun for the whole family!

Beep bop beep, beep!  How was my impression of everyone’s favorite rolling droid, BB-8? Out of this galaxy, I know! Disney Insider fans can travel the galaxy into Star Wars: Tales from the Galaxy’s Edge, ILMx Lab’s latest VR adventure game, to see how voice actor Bobby Moynihan’s character Seezelslak was created. Bobby recently stopped by the Downtown Disney District to take a seat on the throne of legendary bounty hunter Boba Fett. For a limited time, you can also take your place (and snap a photo!) on this replica throne featured in the all-new Disney+ Original Series, “The Book of Boba Fett” streaming Dec. 29th.

Are you like me and believe a trip to a Disney Park is never complete without stopping by a holiday store? We all know the holidays are the perfect time to reminisce, and Disney’s Sketchbook Holiday Ornaments help you relive those great moments from classic Disney films. Holiday fans like me have the chance to look behind the magic and see how an idea comes to life and tells a story through Disney’s Sketchbook Holiday Ornaments. After watching, visit shopDisney.com to grab a few of your favorites, or make a stop at a Disney holiday store part of your vacation itinerary!

We all know music is the world-wide language, one that we can all speak in our native tongue! That’s why “Harmonious,” the all-new nighttime spectacular at EPCOT, has quickly become one of my favorites. “Harmonious” is a beautifully crafted medley of classic Disney music and visuals reinterpreted by a culturally diverse group of 240 artists. In this segment, learn exactly how this show brought together these artists from around the globe. 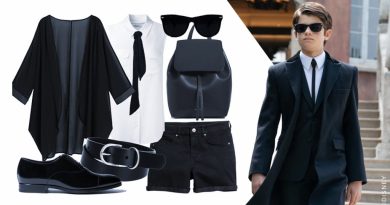 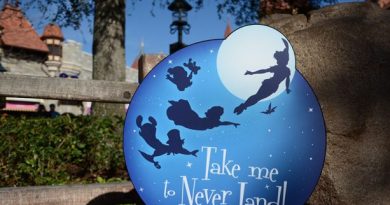 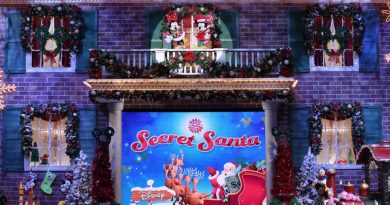 Contestants Compete for Amazing Disney Vacations and Expeditions on the ‘Wheel of Fortune’ Secret Santa Week!

December 14, 2015April 16, 2020 Michele 0
The Main Street Mouse
%d bloggers like this:
We use cookies to ensure that we give you the best experience on our website. If you continue to use this site we will assume that you are happy with it.AcceptPrivacy Policy