Calling all aspiring superheroes! The new Avengers Campus located at Disney California Adventure Park in Anaheim, Calif., was made just for you.

The all-new theme park land officially opened on June 4 and the main attraction just so happens to be the interactive Web Slingers: A Spider-Man Adventure ride.

Upon arrival, my 8-year-old son immediately wanted to go on the ride. As we entered, a female voice came over the speaker and welcomed guests to the Avengers Campus’ Worldwide Engineering Brigade. She then introduced everyone to “project lead” Peter Parker, a.k.a. a video of Tom Holland, who famously plays Spidey in the Marvel Cinematic Universe. Holland explained how to properly shoot webs by quickly moving your arms back and forth. During his demonstration, however, spider-bots pictured on the screen behind him went into a self-replicating mode and started multiplying. He then informed the crowd that he had to go find Spider-Man.

Thankfully, the superhero soon appeared and requested our help. “Everyone head to the slingers and we will team up to stop the Spider-bots before they destroy the campus,” Spider-Man urged, calling us all into action.

Large doors then cracked opened and we were handed 3-D glasses as we boarded a four-seated vehicle. Once on the interactive high-tech ride, we used our newly-acquired hand gestures to throw virtual webs in an effort to hit the robotic spiders.  The ride uses gesture-recognition technology and 3-D imaging to make it look and feel like we were really hitting the spider-bots. While we may have looked silly frantically swinging our arms around pretending to shoot webs, it really did get our adrenaline pumping and was a ton of fun.

There’s also a score board inside the ride where we were able to see our points increase as we hit more targets. If you want to get even more serious about your points, Disney sells a Web Tech Power Band for $29.99 at a store right across from the ride that is designed to help increase your web-shooting ability.

Yes, I got talked into buying one by my son but, no, it didn’t seem to make a big difference in the score.

The ride is for all ages with no height requirement and while it is in the dark and noticeably loud, it never goes too fast.

Overall, Web Slingers: A Spider-Man Adventure is basically like being on any other cool ride at Disneyland while simultaneously playing a video game. Needless to say, my son required we ride it three times in a row. -People Magazine

What about you? Are you excited to visit the all new Avengers Campus? 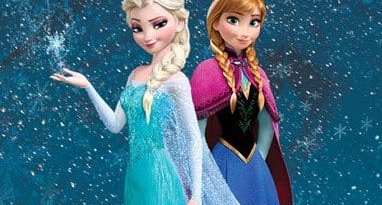 New Update On The Status Of The Frozen Musical 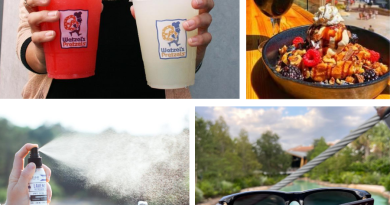 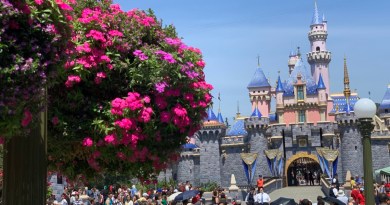 Disneyland, California Adventure to close this Saturday through end of the month

From Stem to Stern Wine Tasting on a Disney Cruise

October 5, 2017April 16, 2020 Michele 0
The Main Street Mouse
%d bloggers like this:
We use cookies to ensure that we give you the best experience on our website. If you continue to use this site we will assume that you are happy with it.AcceptPrivacy Policy