Looking to increase your collection of Disney memorabilia or to start one? Well, now you’re in luck as Disney collector Scott Rummell just sold his four-bedroom home that he and his wife transformed into their very own “happiest place on earth.”

As shared by Silicon Valley, Rummell and his wife Terry hold a massive collection of Disney pieces in their California home, including items like a Rocket Jets rocket, an Autopia car, and a buggy from Mr. Toad’s Wild Ride. Other items in the collection include assorted ride vehicles and hand-silkscreened attraction posters.

In total, the Rummells accumulated over 25,000 pieces from both Disneyland and Walt Disney World’s Magic Kingdom, which they infused in almost every corner of their 4,569-square-foot house. It’s worth mentioning that the sale of the home, which came to $2.24 million, will not include any of these pieces.

“I didn’t want to make it so kitschy that a family couldn’t move in with whatever their own spin on this house is,” says Rummell, a Hollywood voice-over talent who plans to relocate most of the collection to a new home in Dana Point.

However, Scott does plan to sell 1,000 pieces of the collection in December at a two-day exhibition and sale that will be hosted by Van Eaton Galleries in Sherman Oaks. In total, Scott expects to make a minimum of $2 million from the auction.

“The biggest auction where a guy like me sold off a whole house full of Disney stuff did about $7 million in two days,” Scott says. “If I do half of that, I will be very happy.”

Of the 1,000 items going to sale is some of the Rummell’s most biggest items from their collection, including four vintage ride vehicles. These include a Rocket Jets rocket, an Autopia racer car, and a Mr. Toad’s Wild Ride buggy from Magic Kingdom with two rows of seats versus Disneyland’s version of the ride vehicle. The last is a Skyway gondola.

According to Silicon Valley, Rummell began building this collection with his Donald Duck collector wife after they married in the early 1980s. When speaking about their move and the upcoming sale of these magical items, Scott revealed a big reason for the life change was their desire to move into a home similar to one of their favorite Disney Resort hotels.

“Even though it seems like we’re leaving Disney behind, we’re not. We designed our Dana Point house to look like the Disney Beach Club Resort in Orlando. We actually bought art that they had in the lobby and rooms so it has that Disney nautical feel. And so, we’re not leaving Disney completely behind,” said Scott.

Will you be looking out for the Rummell’s auction in December to enhance your own Disney collection? Let know in the comments!

Sean Sposato has 354 posts and counting. See all posts by Sean Sposato 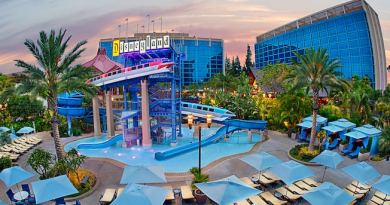 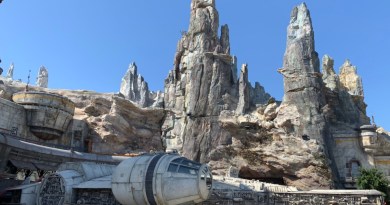 Know Before You Go – Tips for Planning a Visit to Star Wars: Galaxy’s Edge at Disneyland Resort Beginning June 24 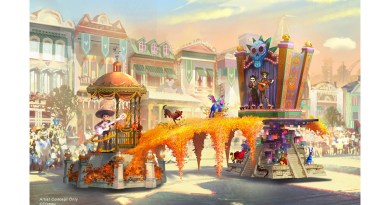 June 24, 2016April 16, 2020 Michele 0
The Main Street Mouse
%d bloggers like this:
We use cookies to ensure that we give you the best experience on our website. If you continue to use this site we will assume that you are happy with it.AcceptPrivacy Policy