Jeremy, who on TikTok is known as @Jeremythetea, posted in his recent video showing his Mary Poppins-inspired outfit which he wore on his recent trip to Disney World on Dapper Day. The video was meant to show how characters at the Disney Parks were reacting to his outfit–and did they react!

The outfit, which can be seen in the video above, features a red corset, bowtie, a white lacy camisole, and a sun parasol. In the video, Jeremy can be seen interacts with several Disney characters, including Tigger, Minnie, Mickey and Daisy–who all praised the college student!

Jeremy also interacted with Merida and Rapunzel on two separate occasions in the park. At both times the princesses were just as amazed as the other characters. The two wave and bow their heads before shouting their admiration during a mid-day parade.

“Mary Poppins again!” Merida yells from her horse. “Come nanny my brothers, they need it!”

“You have an umbrella now!” Rapunzel cheers from her float. “You look amazing!”

The best reaction came from Mary Poppins, who had apparently heard rumors that a young man had dressed like her.

“I heard all about you!” Poppins exclaimed. “Everyone was telling me to keep an eye out. You look splendid!”

She points Jeremy out to Aladdin, who is sharing the parade float with her, and he calls the look, “Practically perfect!”

Poppins even jokes that she needs to grab her own parasol so the two can truly match.

Jeremy’s video currently has over 2.9 million views and 889,000 hearts on TikTok. This is in addition to the video’s over 5400 comments.

What are your thoughts of Jeremy’s incredible outfit? Let us know in the comments! 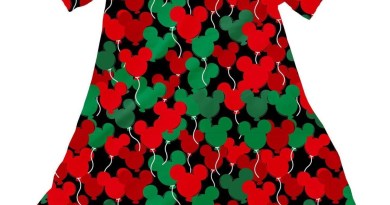 Get Festive for the Holiday Season with Lost Princess Apparel! #DisneyStyle 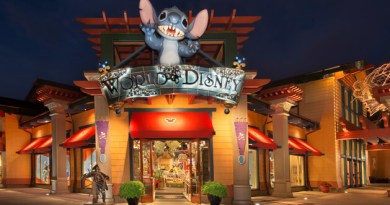 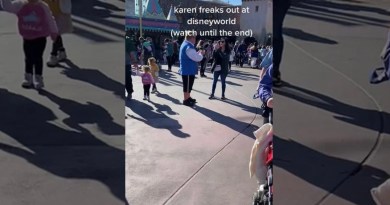 January 19, 2022January 19, 2022 Sean Sposato
The Main Street Mouse
%d bloggers like this:
We use cookies to ensure that we give you the best experience on our website. If you continue to use this site we will assume that you are happy with it.AcceptPrivacy Policy