Acclaimed voice actor and Disney Legend Russi Taylor passed
away in Glendale, California, on July 26, 2019. She was 75.

Through countless effervescent performances, Russi always
showed an incredible talent for entertaining and improvisation. While she brought
to life an illustrious cast of beloved characters during a career that spanned
nearly four decades, Russi is best known as the official voice of Minnie Mouse.
She first assumed the role more than 30 years ago and has given voice to Minnie
in hundreds of Disney projects—from television, to theme park experiences,
animated shorts, and theatrical films—no performance was too tough for Russi’s
accomplished take on the divine Miss Minnie Mouse.

“Minnie Mouse lost her voice with the passing of Russi Taylor,”
said Bob Iger, Chairman and Chief Executive Officer, The Walt Disney Company.
“For more than 30 years, Minnie and Russi worked together to entertain millions
around the world—a partnership that made Minnie a global icon and Russi a
Disney Legend beloved by fans everywhere. We’re so grateful for Russi’s talent
as well as the tremendous spirit and great joy she brought to everything she
did. It was a privilege to have known her and an honor to have worked with her,
and we take comfort in the knowledge that her work will continue to entertain
and inspire for generations to come. Russi will be sorely missed and our
hearts go out to her family and friends, along with our deepest condolences.”

Born in Cambridge, Massachusetts, on May 4, 1944, Russi had
a desire to work for Disney since childhood. “When I was a little girl, I was
with my mom and my brother, and it was late at night at Disneyland. We had just
come off the Mark Twain Riverboat and
were getting some popcorn. I looked over and saw Walt sitting on a bench, so we
introduced ourselves and shared our popcorn with him. At one point during our
chat, he asked me what I wanted to do when I grow up, and I said, ‘I want to
work for you!’ So he said, ‘Okay!’—and now I do!”

There were some very big yellow heels to fill when she beat
out 200 other hopefuls during a 1986 audition to win the coveted role of Minnie
Mouse. She would go on to voice Minnie in the films Who Framed Roger Rabbit, Runaway
Brain, Get a Horse!, and Mickey, Donald, Goofy: The Three Musketeers,
as well as several television series, including Mickey MouseWorks, House of
Mouse, Mickey Mouse Clubhouse, Mickey and the Roadster Racers, and the
award-winning Mickey Mouse shorts series
for Disney Channel from Disney Television Animation that debuted in 2013.

“Russi was as close as family; as wonderful, funny, and sweet as
Minnie Mouse, and as talented yet humble as you would expect,” said Bill
Farmer, the voice of Goofy and a longtime friend of Russi. “I will deeply and
dearly miss her.”

“You have to bring yourself to a character,” Russi once
observed. “But because of this particular character, she actually enhances who
I am, she really does. In a sense Minnie makes me better than I was before
’cause there’s a lot to live up to.”

Russi found her real-life Mickey in the mid-1980s in the
form of Wayne Allwine, who had voiced Mickey Mouse since 1977. The pair fell
deeply in love and married in 1991, remaining as inseparable as their animated
counterparts until Wayne’s passing in 2009.
“I really want whoever comes after us to be aware of the history and the
tradition, and to love the characters as much as we do,” she said of herself
and Wayne.

“Russi Taylor embodied the character of Minnie Mouse,”
remembers Rick Dempsey, Senior Vice President, Disney Character Voices. “She
truly was one of the kindest, most gracious, upbeat, and loving people I have
ever had the privilege to work with and to count as a friend. Anytime anyone
met Russi, their day would always get just a little bit brighter. Not only was
she amazingly talented and gifted, but she had a true desire to make the world
a better place with the gifts she was blessed with. The world has a lost a real
treasure. She will truly be missed, but her voice will live on.”

Russi’s other Disney voices have included Nurse Mouse in The Rescuers Down Under, as well as
Donald’s mischievous nephews, Huey, Dewey, and Louie, and their friend Webbigail
Vanderquack in the original DuckTales
animated series. She also lent her voice to roles on other classic TV animated series
like TaleSpin, The Little Mermaid, Buzz Lightyear
of Star Command, and Kim Possible;
as well as modern favorites that include Sofia
the First, The Lion Guard, and Tangled: The Series.

Among the most famous roles on Russi’s impressive extended resume
of credits are Strawberry Shortcake, Baby Gonzo (of Muppet Babies fame), Pebbles Flintstone, Duchess the Cat in the
film Babe, and Ferny Toro in Jakers! The Adventures of Piggley Winks.
She also provided the voice of Martin Prince and the twins, Sherri and Terri,
on more than 100 episodes of The Simpsons,
as well as the blockbuster feature The
Simpsons Movie.

“I never wanted to be famous,” she once said. “The
characters I do are famous, and that’s fine for me.” 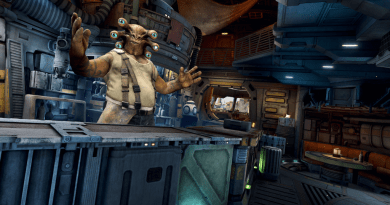 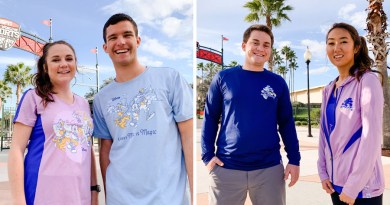 Add Magic to Every Mile with New runDisney Merchandise! 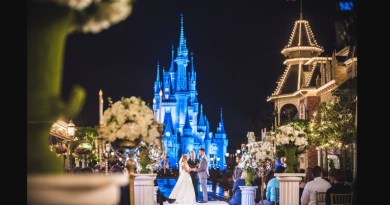 October 25, 2019October 25, 2019 Michele 0
The Main Street Mouse
%d bloggers like this:
We use cookies to ensure that we give you the best experience on our website. If you continue to use this site we will assume that you are happy with it.AcceptPrivacy Policy