Many years before Pandora opened at Disney’s Animal Kingdom, the biggest ride to draw attention to the park was Expedition Everest – Legend of the Forbidden Mountain.  Actually to this day, it’s still one of the fan favorites of Walt Disney World.  Let’s talk a bit about the history and also about what’s not worked since 2006… 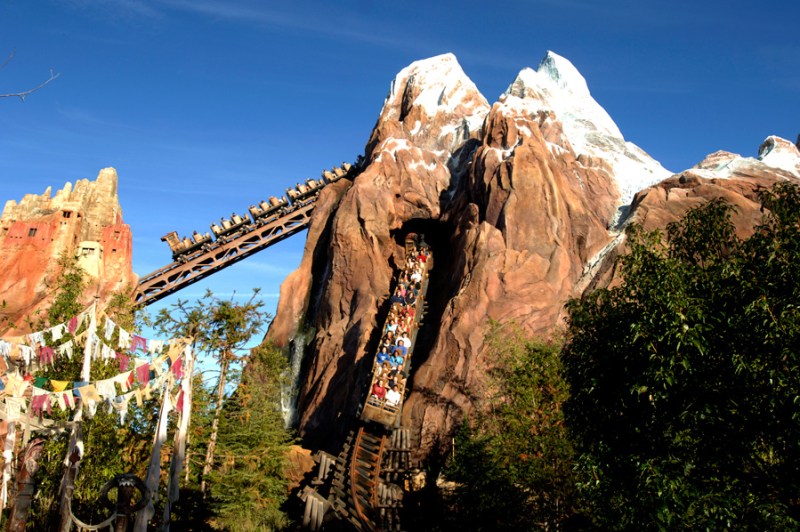 The adventure begins in Asia at Disney’s Animal Kingdom, as guests join the Expedition Everest team and embark on a trek through Anandapur. The trail leads visitors to the village of Serka Zong, which means “fortress of the chasm.” In the early years, the Royal Anandapur Tea Company shipped its tea by train from Serka Zong through the Forbidden Mountain pass, but the railroad was closed after a series of mysterious accidents, rumored to be from the hand of the Yeti.

Today, the village of Serka Zong is thriving and has moved beyond its tragic past, largely thanks to the efforts of local entrepreneurs. In spite of the local opposition, the Himalayan Escapes, Tours and Expeditions company has partially refurbished the railway and now offers transportation for adventurers to the base camp at Mt. Everest.

If you have ever ridden Everest, you know the queue area has a lot of detail. The queue starts at the office of the fictional “Himalayan Escapes” travel agency, progressing to a replica temple with little holy figures. Visitors next enter a tea garden, followed by a room with equipment from a successful expedition, and then the “Yeti Museum”, which contains information on the Yeti and molding of a Yeti footprint.

As you make your way to the train to board for your ride to the mountain, the excitement and fear begin to build.  You board your train and you’re off for your journey.  Along the track, you will get some great views of the parks and the Walt Disney World property.  If you haven’t ridden Everest, I want to warn you possible spoilers are coming for the ride as I continue.

Everything seems great on the ride till you make a turn and the track ahead of you has been ripped and torn and there is no way for you to continue…forward that is. 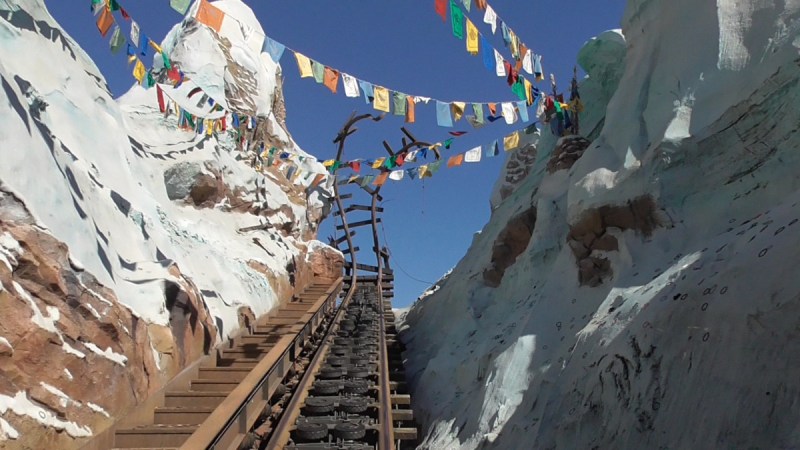 The train begins to go backward and before you know it you find yourself inside the mountain.  You see the shadow of the Yeti in front of you and see him tearing up another part of the track, hopefully, you have already passed that or it’s going to be a bumpy ride.  As if the train said, “Let’s get out of here” you take off down the track faster and picking up speed.  After a few turns and such you head back into the mountain to come face to face with the Yeti.  You only get to see him for a few seconds, but WOW.  I swear I always feel like he is going to hit the train or the track and derail everything.  But could he?

As I mentioned above, the ride opened in 2006.  Just after a few months of the opening, the Yeti, which is the largest and most complex audio-animatronic Disney Imagineering had ever built, broke.  The Yeti stands 25 feet tall. Its “skin” measures 1,000 square feet, and is held in place by 1,000 snaps and 250 zippers.  His movement is controlled by 19 actuators when functioning in “A-mode”, its full mode of operation. In “A-mode,” it can move 5 ft horizontally and 18 in vertically. The Yeti’s roars is provided by voice actor Fred Tatasciore. 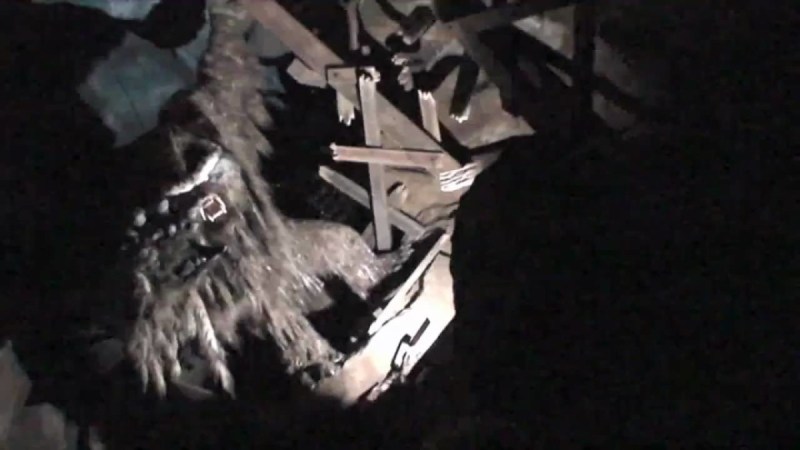 The framing of this huge beast is what is broke and if they would have continued to run it as it, it would have been disastrous for the attraction.  In the 2011 edition of Guinness World Records, Expedition Everest is listed as the most expensive roller coaster in the world.  The ride was switched from A-Mode to B-Mode and has been running that way ever since.  The Yeti isn’t actually moving at all any longer.  They have a strobe light and fans that make it appear to be moving and reaching as you move past. This is also how the Yeti has earned the nickname, Disco Yeti.

You maybe wondering… Why in 13 years has Disney not fixed this issue?  Well, it’s a bit more complicated than just closing an attraction for a few months or a year, fixing the Yeti and reopening.  When Expedition Everest was built, it was actually 3 different structures created using 4-D scheduling software to assist the builders in constructing the massive attraction.  The mountain, Yeti and the roller coaster are all three independent structures built in a specific order so that it all came together just right.  All three structures reach the ground level and don’t touch one another at all.  So in order to fix this, they would have to disassemble the structures in order to get to the base of the Yeti to fix it.  The reason the issue occurred was because of a glitch with the software and the concrete prevented adequate curing of a portion of the Yeti’s foundation before the fabrication of mountain elements and roller coaster track was put into place.

Joe Rhode, one of the most famous Imagineers ever, was in charge of building the attraction, along with much of Animal Kingdom was asked about this back in 2013 at the D23 Expo.  Rohde responded, “You have to understand, it’s a giant complicated machine sitting on top of, like, a 46-foot tall tower in the middle of a finished building. So, it’s really hard to fix, but we are working on it. And we continue to work on it. We have tried several ‘things’, none of them quite get to the key, turning of the 40-foot tower inside of a finished building, but we are working on it… I will fix the Yeti someday, I swear.

So there you have it.  Were you one of the lucky Disney visitors that were able to see the Yeti in A-Mode? The Yeti hasn’t moved in over 13 years and who knows when he will again, but if Joe Rhode says he will fix it someday, I believe him and can’t wait to see him moving they way he was intended to move.  Till next time…. 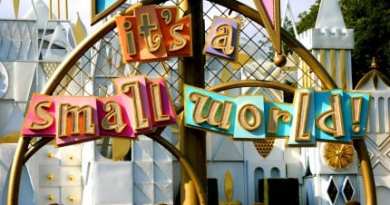 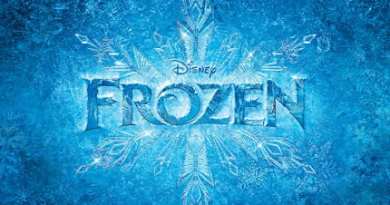 Sights and Sounds of Disney Parks: Frozen is Now the Coolest Soundtrack on Record! 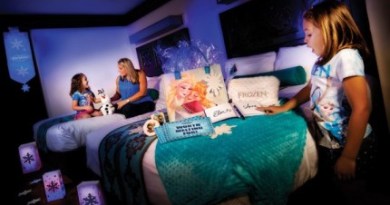 June 6, 2017April 16, 2020 Scott 0
The Main Street Mouse
%d bloggers like this:
We use cookies to ensure that we give you the best experience on our website. If you continue to use this site we will assume that you are happy with it.AcceptPrivacy Policy