From the Disney Parks Blog and written by: Melanie Curtsinger

That’s right, the epic adventures at sea return to Disney Cruise Line next with limited engagements of two popular experiences – Star Wars Day at Sea and Marvel Day at Sea. Back by popular demand, these five- and seven-night sailings on the Disney Magic and Disney Fantasy, respectively, combine the splendor of a Disney Cruise Line vacation with a special day at sea filled with unique character encounters, live shows and action-packed entertainment.

Celebrate legendary adventures and iconic characters from the Star Wars saga on special seven-night Disney Fantasy sailings from January to March 2020, taking you to the Caribbean for an out-of-this-galaxy experience!

In addition to encounters with the galaxy’s most formidable and heroic characters, including Darth Vader, Kylo Ren, Chewbacca, C-3PO and R2-D2, this cruise features a full day of Star Wars activities including live shows, Star Wars-themed family and kids’ activities, unique food and beverage and special merchandise offerings. The day ends with “Summon the Force,” a deck party that celebrates the Star Wars universe and caps off the night with a fireworks show of galactic proportions. 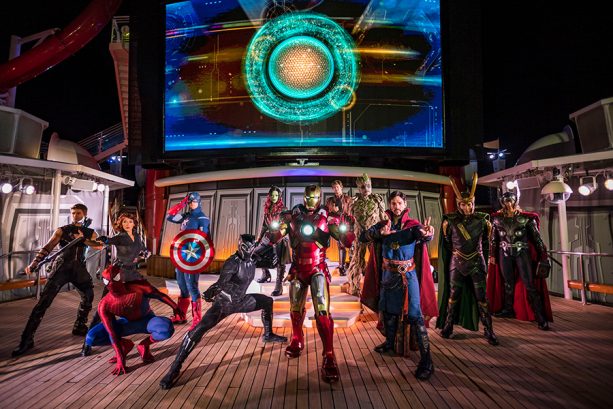 From January to early March 2020, special five-night Disney Magic sailings will combine the excitement of a Disney cruise to the Caribbean and Bahamas with the thrills of renowned Marvel comics, films and animated series for an action-packed, day-long celebration of the Marvel Universe.

Join the largest assembly of Marvel Super Heroes and Villains, including the recent addition of Captain Marvel, along with Captain America, Spider-Man, Iron Man and more, highlight an all-day entertainment lineup that includes live shows for the whole family, an extraordinary deck show, Marvel-themed activities for kids and families, special merchandise and unique food and beverage offerings.

The Avengers aren’t the only ones who will assemble on Disney Cruise Line in 2020 – your family can too! Head to disneycruise.com to learn more about these sailings now! 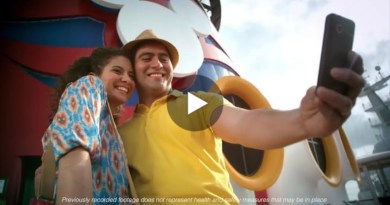 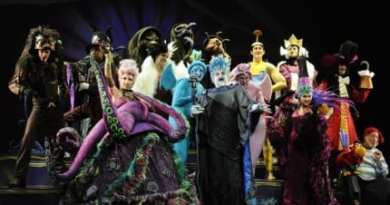 Five Places to Spot Villains on a Disney Cruise 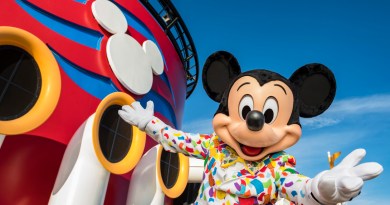 Your First Look at Emily Blunt as Mary Poppins! (photo on the link)

April 30, 2021April 30, 2021 Guest Blog
The Main Street Mouse
%d bloggers like this:
We use cookies to ensure that we give you the best experience on our website. If you continue to use this site we will assume that you are happy with it.AcceptPrivacy Policy