Celebrated stories are coming to life – from a new Marvel-themed attraction set for Disneyland Paris, to Star Wars and Pixar encounters around the world

Building on the tremendous excitement from D23 Expo in Anaheim last July, Chapek welcomed more than 2000 fans to learn more about some of the most anticipated projects in development for guests all over the world. D23 Expo Japan guests were the first to hear that the Marvel Super Hero universe will come to Disneyland Paris. Guests were also treated to a sneak peek at Star Wars: Galaxy’s Edge, Toy Story Land at Walt Disney World Resort and Shanghai Disney Resort, and more.

“We are hard at work creating even more ways to experience Disney magic at our parks and resorts around the world,” said Bob Chapek, Chairman, Walt Disney Parks and Resorts.  “And with our incredible library of beloved stories and characters, we know exciting adventures and magical memories are in store for all our guests.”

Following the news that Walt Disney Parks and Resorts is preparing to incorporate popular stories and characters into Disneyland Paris, Chapek shared that the Marvel Super Hero universe will come to Walt Disney Studios Park, and Rock ‘n’ Roller Coaster will be totally reimagined as a high-speed, hyper-kinetic adventure where guests will team up with Iron Man and their favorite Avengers.

Fans also got a peek into one of the rooms that will open at Disney’s Hotel New York – The Art of Marvel in 2020. And for those guests who just can’t wait to encounter Marvel at Disneyland Paris, starting this June, Marvel Summer of Super Heroes will bring guests face-to-face with Captain America, Spider-Man, Star-Lord and Black Widow. 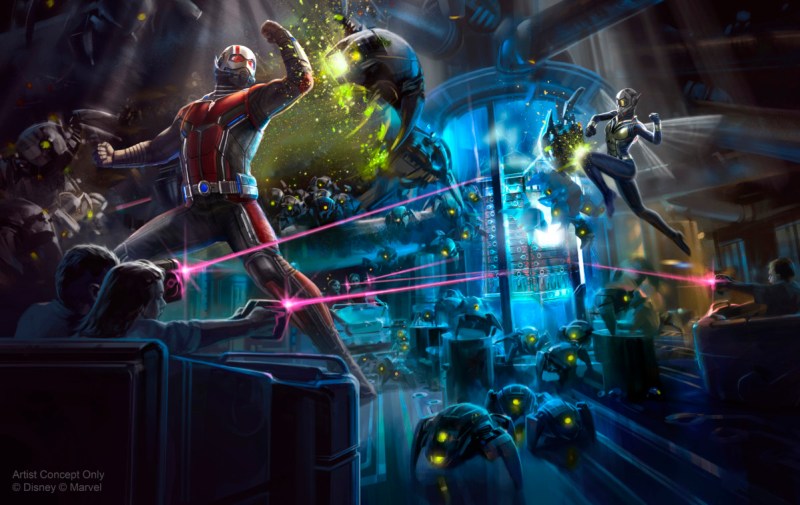 Buzz is also building around Star-Lord and his fellow Guardians of the Galaxy coming to Epcot, where the real becomes fantastic and the fantastic becomes real. This one-of-a-kind family attraction will feature a brand-new, innovative ride system – and will be one of the longest enclosed roller coasters in the world!

After a groundbreaking Star Wars-themed hotel concept was announced last year, fans have been eager to hear more. It will combine a luxury resort with complete immersion into an authentic Star Wars story at Walt Disney World Resort. From the moment guests arrive, their journey through space will begin as everyone boards a starship and departs together for a multi-day Star Wars adventure. Today, Chapek announced it will be seamlessly connected to Star Wars: Galaxy’s Edge at Disney’s Hollywood Studios.

Chapek also shared details on Star Wars: Galaxy’s Edge as it comes to life at both Disneyland Resort and Walt Disney World Resort. Fans caught a glimpse of the Millennium Falcon and an impressive fleet of life-size X-wing star fighters, which are being created for the opening of these jaw-dropping new lands. Imagineers are pushing the boundaries of what’s possible as they prepare to place fans in the middle of the action where they can live their own Star Wars stories next year.

For 20 years, Pixar has entertained guests at Disney parks all over the world – from the introduction of It’s Tough to be a Bug! and Buzz Lightyear’s Space Ranger Spin at Walt Disney World in 1998, to Cars Land at Disney California Adventure in 2012 – Pixar’s iconic storytelling has been a long-time favorite. 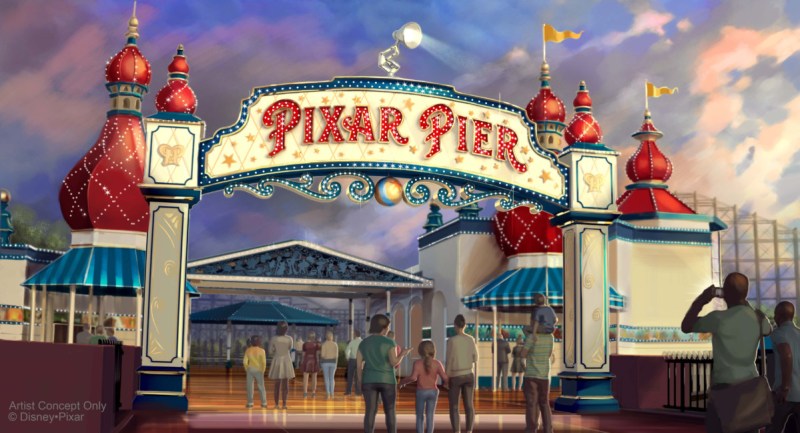 This year will surely be the “Year of Pixar” at Disney parks, with Disney•Pixar Toy Story Land opening at Shanghai Disney Resort in April, and at Walt Disney World Resort this summer. Today, fans were thrilled to learn the highly-anticipated Pixar Pier will open at Disney California Adventure on June 23, including the Incredicoaster and a future attraction themed to Disney•Pixar’s “Inside Out.” Fans also learned that a new Incredibles float will join Paint the Night this June. The popular parade returns to the Disneyland Resort – this time to Disney California Adventure – when Pixar Fest launches on April 13. 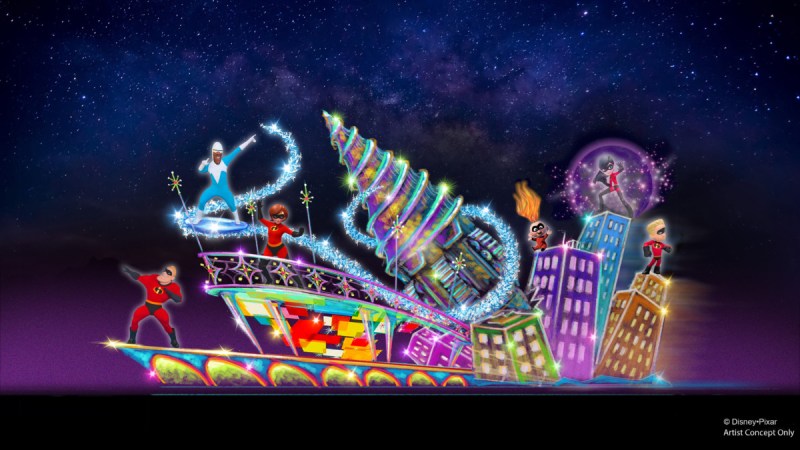 Just in time for the 20th Anniversary of Disney’s Animal Kingdom, fans also learned that a new, family-friendly show will debut April 22, featuring Russell and Dug from Disney•Pixar’s “Up,” as they discover species of birds from around the world. 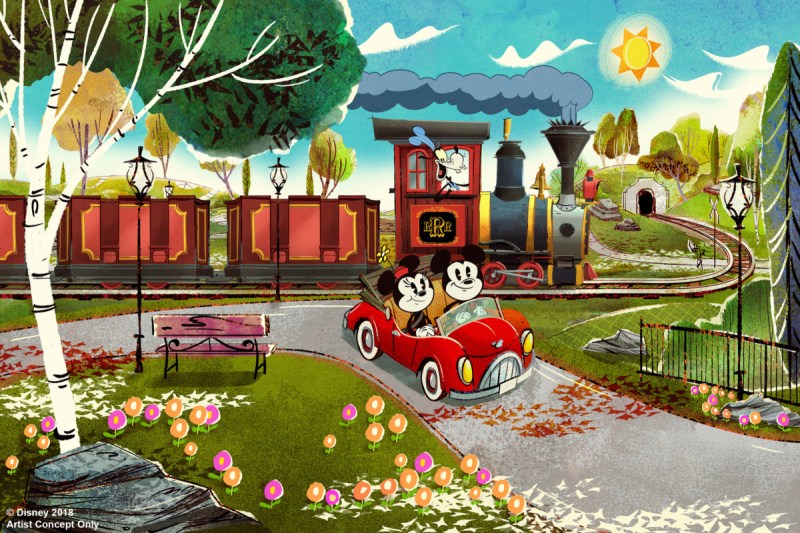 Soon, fans will be able to celebrate the mouse that started it all when Mickey & Minnie’s Runaway Railway opens in 2019 at Disney’s Hollywood Studios. The first-ever ride-through attraction themed to Mickey Mouse will feature a new original story and lovable theme song as it takes guests on a journey inside the wacky and unpredictable world of Disney Channel’s Emmy Award-winning “Mickey Mouse” cartoon shorts using new technologies that transform the two-dimensional cartoon world into an incredible multi-dimensional experience.

Chapek shared that starting next year, Adventures by Disney will take guests to the beautiful and storied country of Japan. Guests are also excited about the new experiences coming to Tokyo Disney Resort as part of the biggest expansion since the opening of Tokyo DisneySea. The first-ever attraction inspired by “Big Hero 6” is coming to Tomorrowland at Tokyo Disneyland, where guests will ride around with Baymax. There will also be an entirely new area in Fantasyland themed to “Beauty and the Beast,” with an attraction set to the award-winning music guests know and love. The Fantasyland expansion will also include the first full-scale, live entertainment theatre at Tokyo Disneyland, and Toontown will see a new design studio where guests can meet the one-and-only Minnie Mouse. At Tokyo DisneySea, guests will soon be able to experience a version of Soarin’, one of the most popular attractions across all Walt Disney Parks and Resorts.

With so much underway, Disney parks all over the world continue to elevate the guest experience with one-of-a-kind attractions, lands, entertainment and lodging. For more information, please visit http://aboutdisneyparks.com. 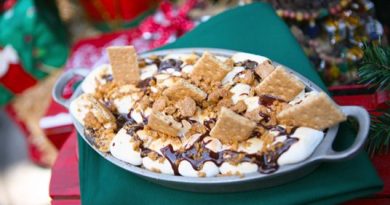 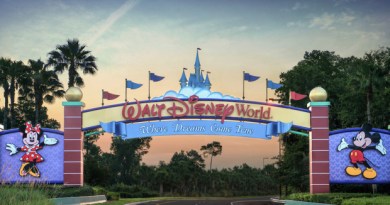 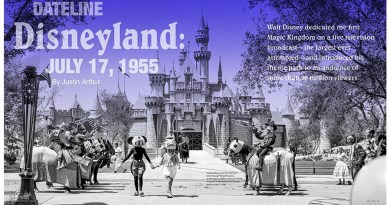 What Is The Pepper’s Ghost Effect Inside The Haunted Mansion

Disney Villain Songs Are The Best

May 25, 2014April 11, 2020 Scott 1
The Main Street Mouse
%d bloggers like this:
We use cookies to ensure that we give you the best experience on our website. If you continue to use this site we will assume that you are happy with it.AcceptPrivacy Policy