Every year, as part of ABC Family’s 25 Days of Christmas programming block, two holiday specials are shown back-to-back: Prep & Landing and Prep & Landing: Naughty vs. Nice. These two specials, both directed by Kevin Deters and Stevie Wermers-Skelton, from an idea by Big Hero 6 co-director Chris Williams, are genuine holiday classics. If there are Disney mascots for the Christmas season, they’re certainly Wayne (Dave Foley) and Lanny (Derek Richardson), the Christmas elves who are a part of an elite team that preps houses for Santa’s arrival. 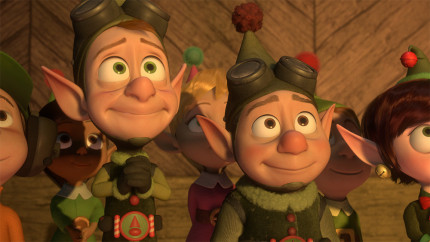 But what makes Prep & Landing (and its sequel) such a classic?

There are a few things that make the Prep & Landing specials so, well, special. The first is its place in Walt Disney Animation history. Unlike most Christmas specials that are aired on television, these were films handled and animated by Walt Disney Animation Studios. And what’s more, they were made at Walt Disney Animation Studios at a particularly fruitful time, creatively, for the studio. This was after John Lasseter and Ed Catmull, architects of Disney•Pixar’s amazing success, were brought into the company, and as a result the studio was feeling bold and empowered in ways that they hadn’t in previous years. The first Prep & Landing aired on television the same week that Ron Clements and John Musker’s animated masterpiece The Princess and the Frog was released in theaters. The year that the second special aired, Tangled (another bona fide classic) came out. That should say something about the atmosphere of Walt Disney Animation Studios at the time of Prep & Landing’s creation and release. Things felt fresh and new in a way that they hadn’t for a very long time, with artists being encouraged to experiment and explore. And you can feel that while watching the films.

Another thing that makes Prep & Landing so special is how much heart there is. The first special follows Wayne, as he’s passed up for promotion and is saddled with a new recruit Lanny, and how the latter comes to terms with how fulfilling his role in Christmas really is. In the follow-up, Prep & Landing: Naughty vs. Nice, Wayne has to work with his misfit brother, an oafish coal elf, to stop a very naughty child from jeopardizing Christmas for everyone (by the end, of course, Wayne reconnects with his brother and saves the holiday).

In both specials, Wayne gives up his selfish ways and reconnects with his coworker and brother, epitomizing the spirit of the season on a micro level, which translates into holiday cheer on a much larger scale. There’s a lovely emotional arc for multiple characters in less than 30 minutes of screen time. It’s storytelling magic that borders on the miraculous. Both Prep & Landing specials really do pull on your heartstrings and make you appreciate the season in a big way, but are never overly sappy. These are movies that you look forward to watching again every Christmas season.

And then there’s the talent behind the scenes. Both Prep & Landings are visually dazzling and their storytelling is superb. This mostly has to do with the talented team at Walt Disney Animation Studios, led by Deters and Wermers-Skelton—longtime Disney artists who were responsible for a string of A+ short films (including “The Ballad of Nessie” and the adorable Prep & Landing short “Prep & Landing: Operation: Secret Santa”). At Disney Animation, the stories are only as good as the storytellers, and Prep & Landing had a crack team at the helm.

It’s really because of those behind-the-scenes wizards that Prep & Landing (and its follow-up) have remained such holiday favorites. These are specials that epitomized the rejuvenated energy of Walt Disney Animation Studios, while also providing edifying, emotional storylines that positively burst with Christmas cheer. (If you need to get into the spirit, watching these will do the job.) Prep & Landing is very deserving of its status as a perennial favorite and we look forward to watching it at Christmastime this year … and for many years to come. 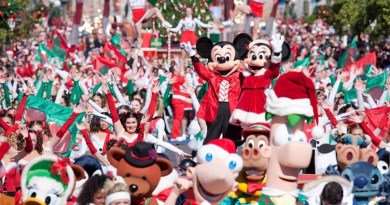 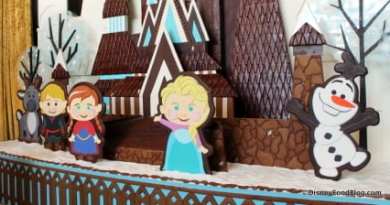 VIDEO: The Magic Behind the ‘Frozen’ Gingerbread Display at Disney’s Contemporary Resort 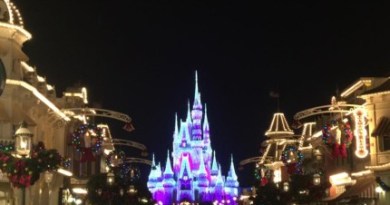 June 3, 2021June 3, 2021 Michele 0
The Main Street Mouse
%d bloggers like this:
We use cookies to ensure that we give you the best experience on our website. If you continue to use this site we will assume that you are happy with it.AcceptPrivacy Policy