While Han Solo made the Kessel Run in 12 parsecs in the Millennium Falcon, Ryan Blaney can reach speeds of over 200 mph in the #21 Wood Brothers Racing Ford Fusion race car. Ryan is one of NASCAR’s rising stars. He also happens to be a huge Star Wars fan.

Ryan is a third generation race car driver, following in both his grandfather and father’s footsteps, but he is a first generation Star Wars fan. The first film he saw in the saga was The Phantom Menace because it had just been released.

“Then as I got older, you know, I find out like ‘oh, there’s some older movies they made back in the day that I can go watch?”

He holds an unusual opinion about Episode I; it is his favorite film in the franchise. Don’t hold it against him though, he has a good reason for it. Not only was it the first Star Wars movie he saw, but it also has, in his opinion, one of the best lightsaber battles in the series. The Empire Strikes Back and Rogue One round out his top three Star Wars movies. 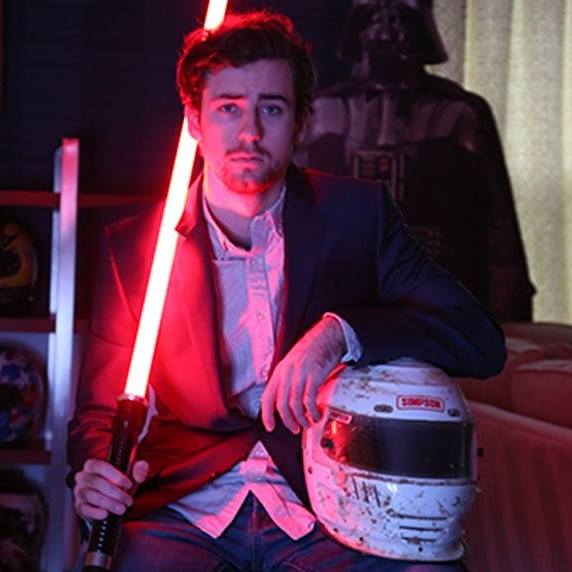 Ryan’s favorite character? Darth Maul. As most fans know, Darth Maul has made several appearances in various shows such as The Clone Wars and Star Wars: Rebels. Ryan has seen a few episodes of the shows, but hasn’t kept up with them. One reason might be his busy schedule. As a Monster Energy NASCAR Cup Series driver, Ryan spends 36 weekends a year at the race track. The long NASCAR season begins in Daytona in February, and travels to tracks at nearly every corner of the country. It then returns to Florida for the final race of the season at Homestead-Miami in November.

It’s not as simple as just getting in a racecar and turning left, however. Many don’t understand the full scope of what a race weekend can look like. Take this past weekend at Texas Motor Speedway, for example. Ryan drove “double duty,” a term drivers use to describe driving in the premier Monster Energy Cup Series and NASCAR Xfinity Series in the same weekend. Although the Xfinity Series is one tier of racing below the Cup Series, it is still a difficult and competitive field of talented drivers.

Ryan described his double duty weekend starting on Thursday, when he flew out to the track. After making a sponsor appearance Thursday night, Friday and Saturday are all about on-track activities. He jumped back and forth between the Cup and Xfinity cars to practice and qualify each car, before the Xfinity race on Saturday. 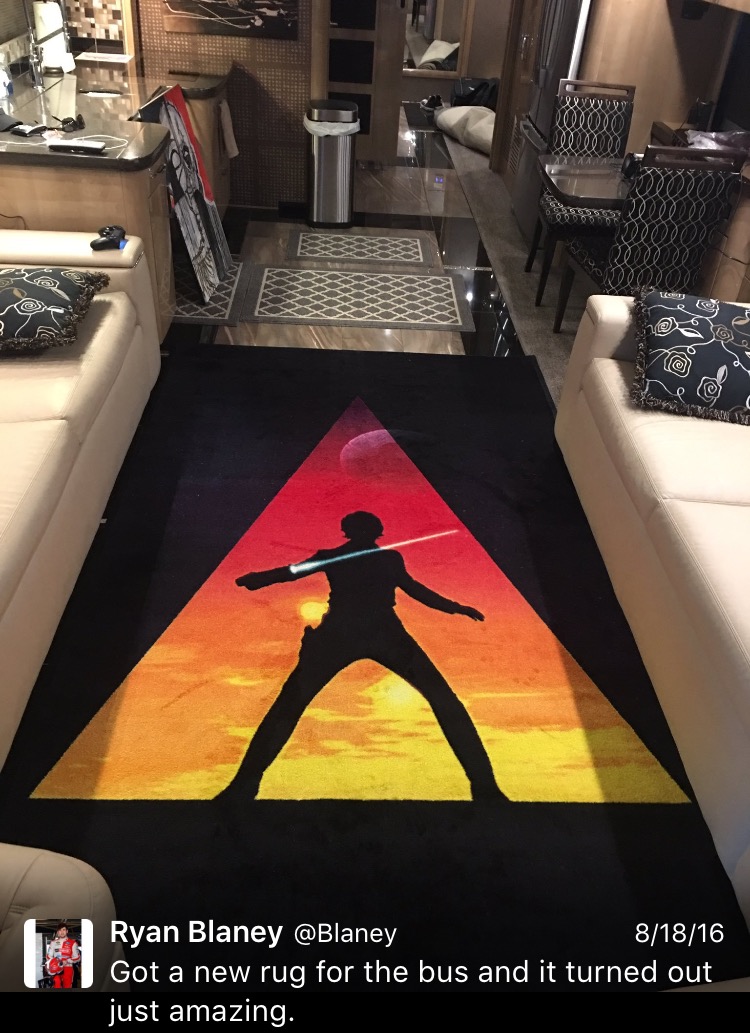 A double duty weekend is a very busy time with a lot of running back and forth between the two different cars, he says. “We will run right over to the Xfinity garage, I think there’s five minutes between practices. You’re literally running right over there while trying to remember what your Cup car is doing.”

Sunday was also a big day: time to go Cup racing. After more appearances, meetings, and Driver Intros and pre-race ceremonies, Ryan strapped into his Ford Fusion for the race. He had a dominate car, leading 148 laps before finishing 12th after a miscue on pit road.

Patience is an important Jedi trait, but it is also necessary for drivers to have. Ryan learned from watching his father drive that patience is essential to racing. Last year, Ryan was a rookie. He gave the veteran drivers more room on the track out of respect. But this year is a bit different. Ryan is off to a strong start this season. With a full year in the #21 car already under his belt, he feels he can be more aggressive on the track.

Long race weekends are not a chore for Ryan though. Growing up in a racing family, he recalls never wanting to do anything else but race, which he started doing at age eight.

“I didn’t really know anything else…that’s all our family cared about. I kinda knew at a young age this is what I wanted to do. It was the thing I was best at. It made the most sense to me.”

There are many perks to being a NASCAR driver. For example, a few weeks ago, the series ran several races on the West Coast. One night, Ryan and Xfinity driver Bubba Wallace went to a Lakers game. Celebrities tend to go to Lakers games, and this one was no different. Ryan saw Daisy Ridley (Rey) from the Sequel Trilogy. Then, as he was leaving the game, he saw Daisy again. And, like anybody would, he had a bit of a Star Wars-fanboy moment. 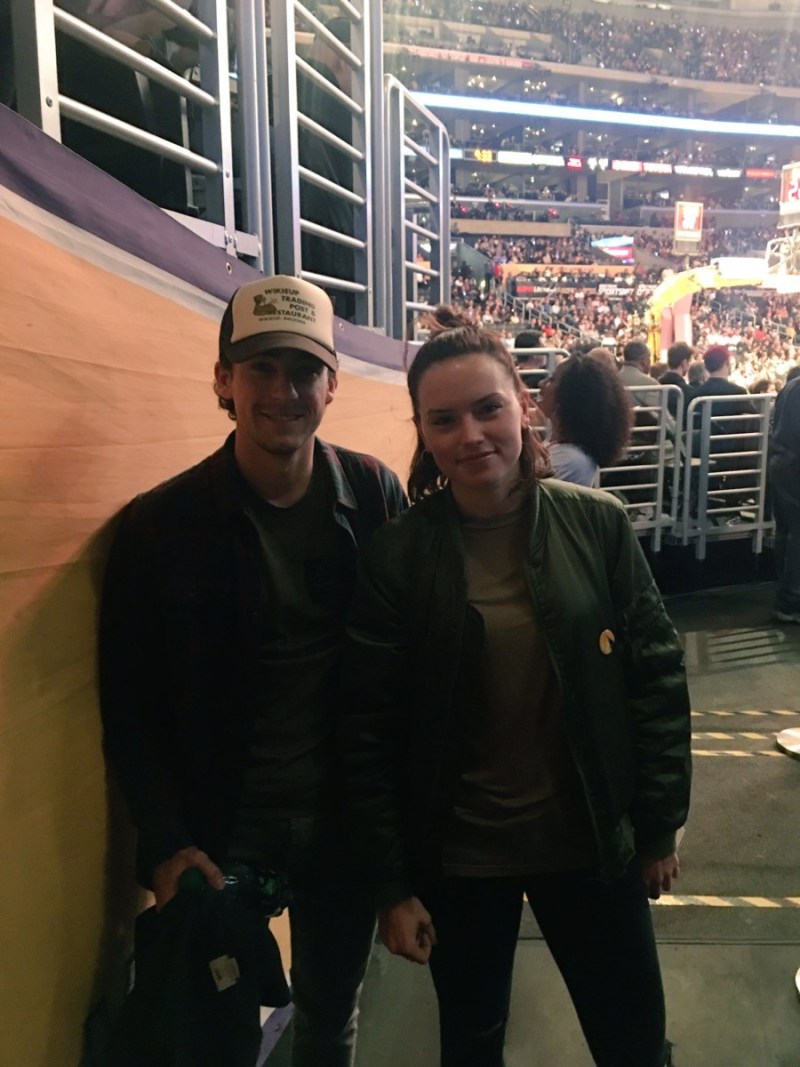 “It was destiny…I was like, ‘I hate to be this guy, but do you mind taking a picture?’ And she was very nice about it.”

Before today, you probably thought you had nothing in common with a NASCAR driver. But if you love Star Wars and think Attack of the Clones is just the worst, then you’re right up there with NASCAR driver Ryan Blaney. You may never meet Ryan; you may never go to a race or even watch a race on TV. Now, in a nerdy and fun way, now you’re connected to Ryan through a shared love of Star Wars. 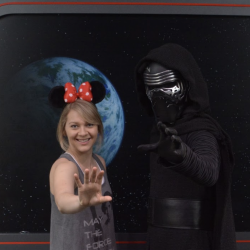 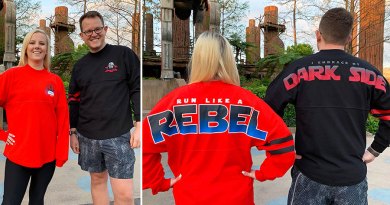 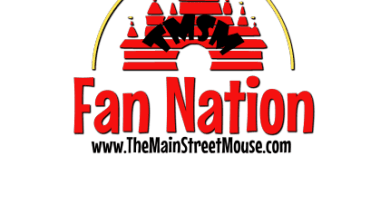 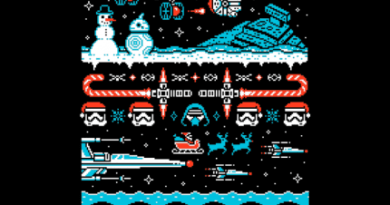 The Magic of Nature: Celebrating Earth Day with Disney Parks

May 29, 2016April 15, 2020 Michele 0
The Main Street Mouse
%d bloggers like this:
We use cookies to ensure that we give you the best experience on our website. If you continue to use this site we will assume that you are happy with it.AcceptPrivacy Policy