R5-D4 made his mark in the Star Wars franchise back in 1977.  The R5-D4, who was referred to from Luke as “Red” was purchased by Uncle Owen Lars from the Jawas on Tatooine the same time he purchased C-3PO.  Had R5-D4 not had a bad motivator, the team of R2-D2 and C-3PO may have never come to be as we know it. 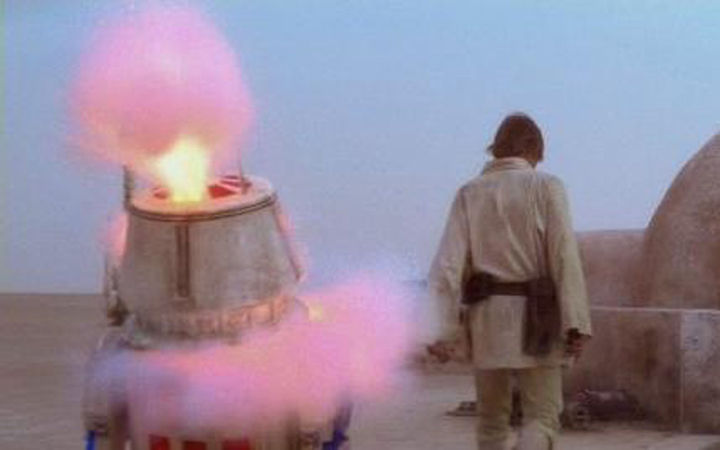 Recently, I was contacted by SIDESHOW to see if I would be interested in reviewing their R5-D4 sixth scale figure and of course I jumped at the chance.  Having reviewed products from SIDESHOW in the past, I knew this would be another great piece.

When I attended Star Wars Celebration in April, I had the opportunity to see the SIDESHOW booth and the products they had and I was in awe.  Their figures are built so well and look identical to what you see on the big screen.

The box arrived, very well packaged to protect the figure.  I carefully unpackaged the outer box to get to where the figure was.  This box was nice, as the front panel would open to display the figure so that you wouldn’t have to take it out of the packaging to see it.  As much as I didn’t want to open it, I can’t properly review it without doing that, so I carefully began to open the box to get to R5-D4. 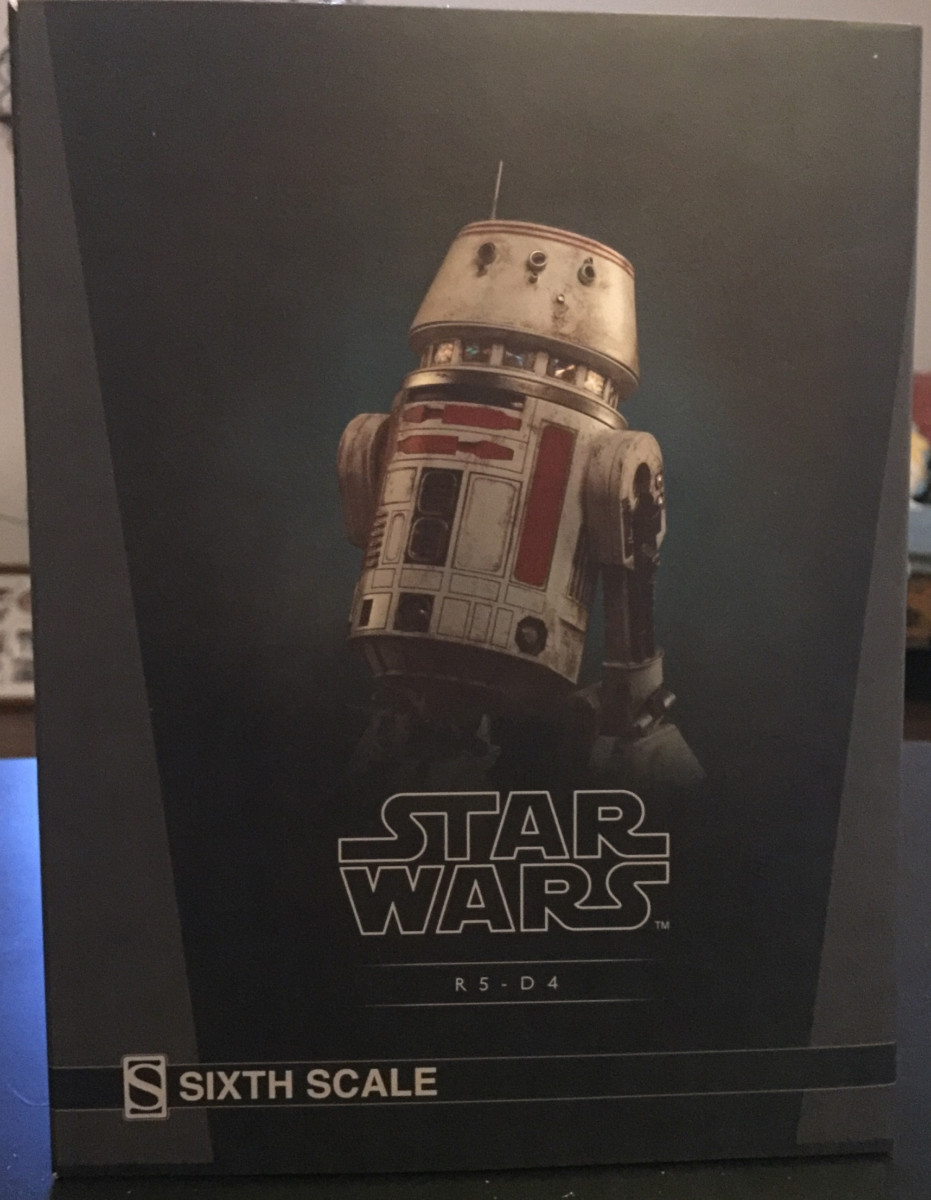 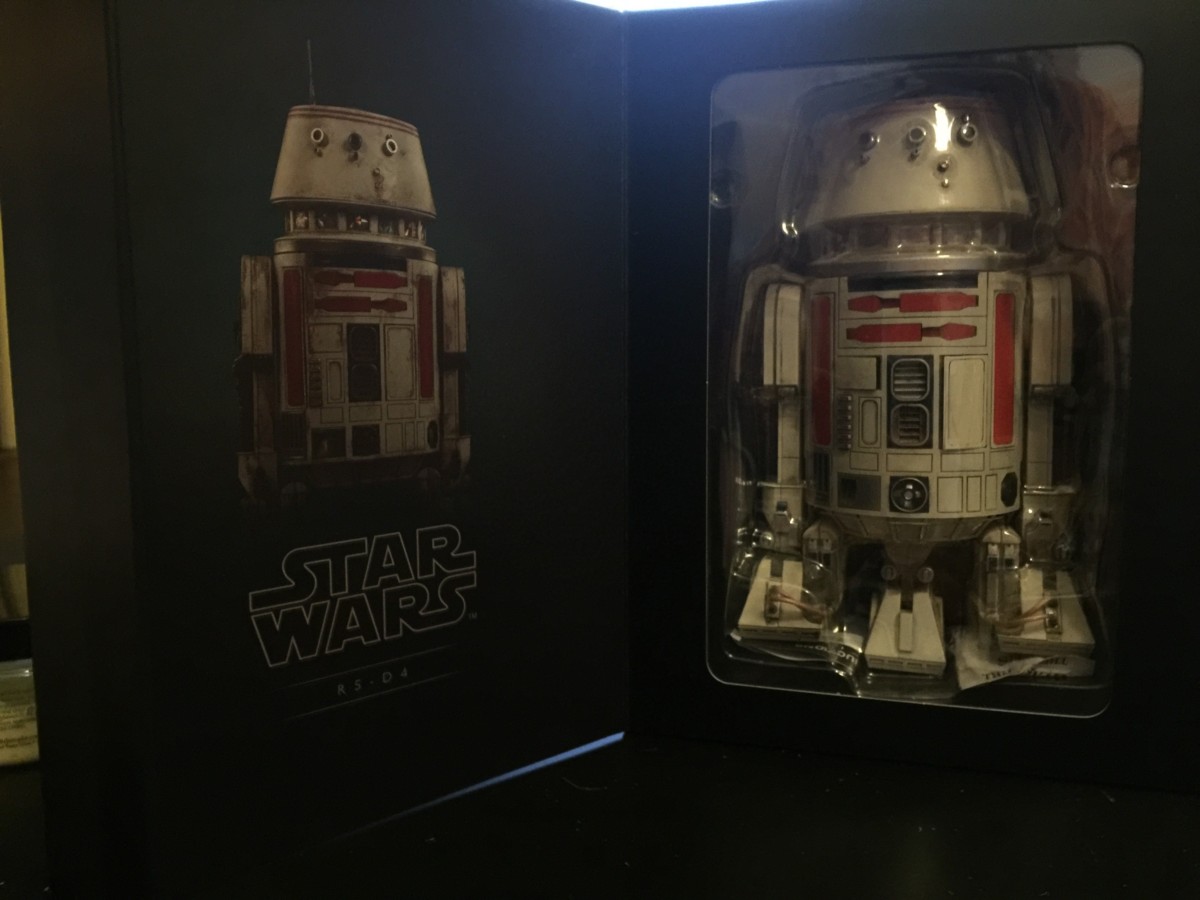 Inside the box, the figure is in another plastic enclosed tray to keep in from moving during shipping.  Also, there are 2 antennas and 2 restraining bolts in the plastic.  Once I removed the figure from the plastic I was shocked at the detail.  In the film, this droid was very dirty.  Remember he had been traveling in the Sand Crawler with the Jawas and waiting to be sold.  The figure if perfectly made to look worn. 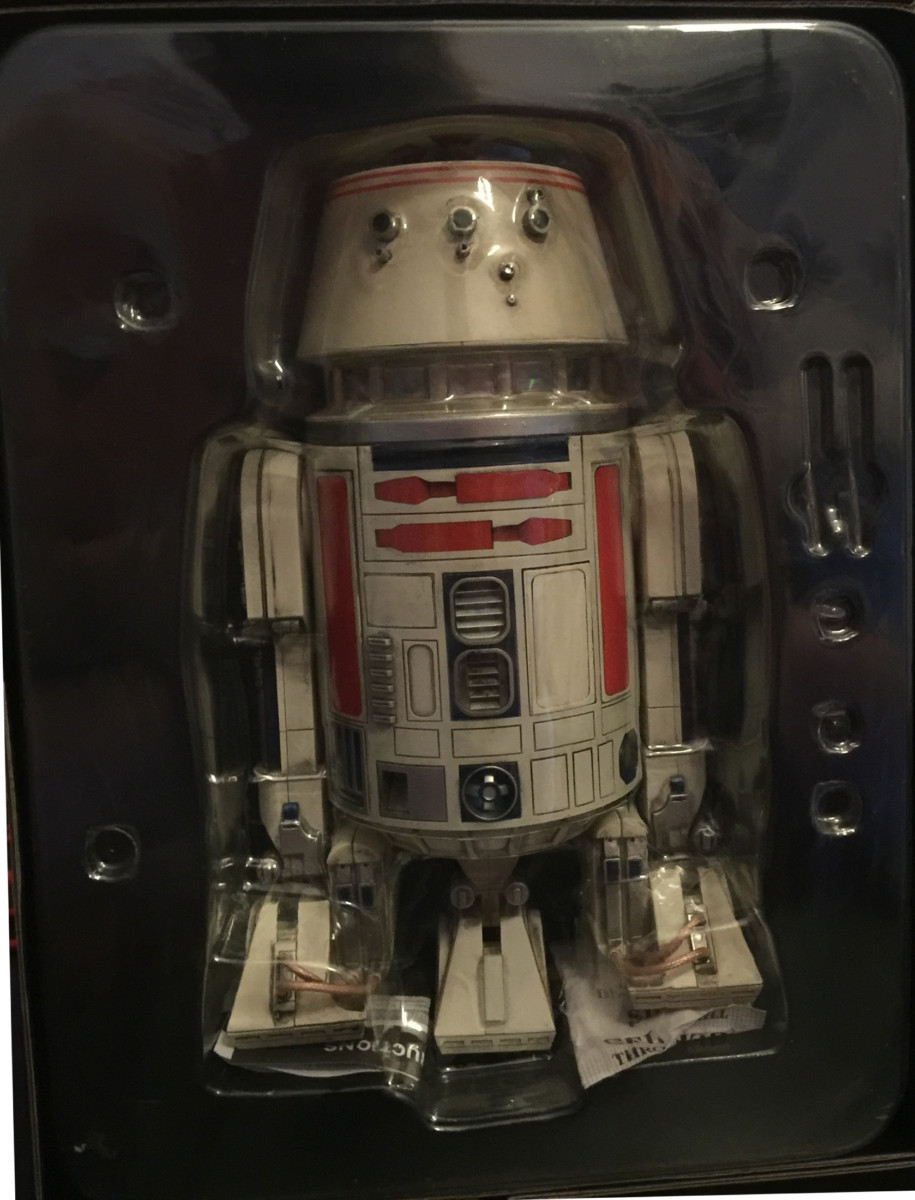 On the body of the figure, there are different panels that open to expose its inner workings.  The doors open and close very easily, which is nice because some items like this from other manufacturers have a problem staying closed at times. 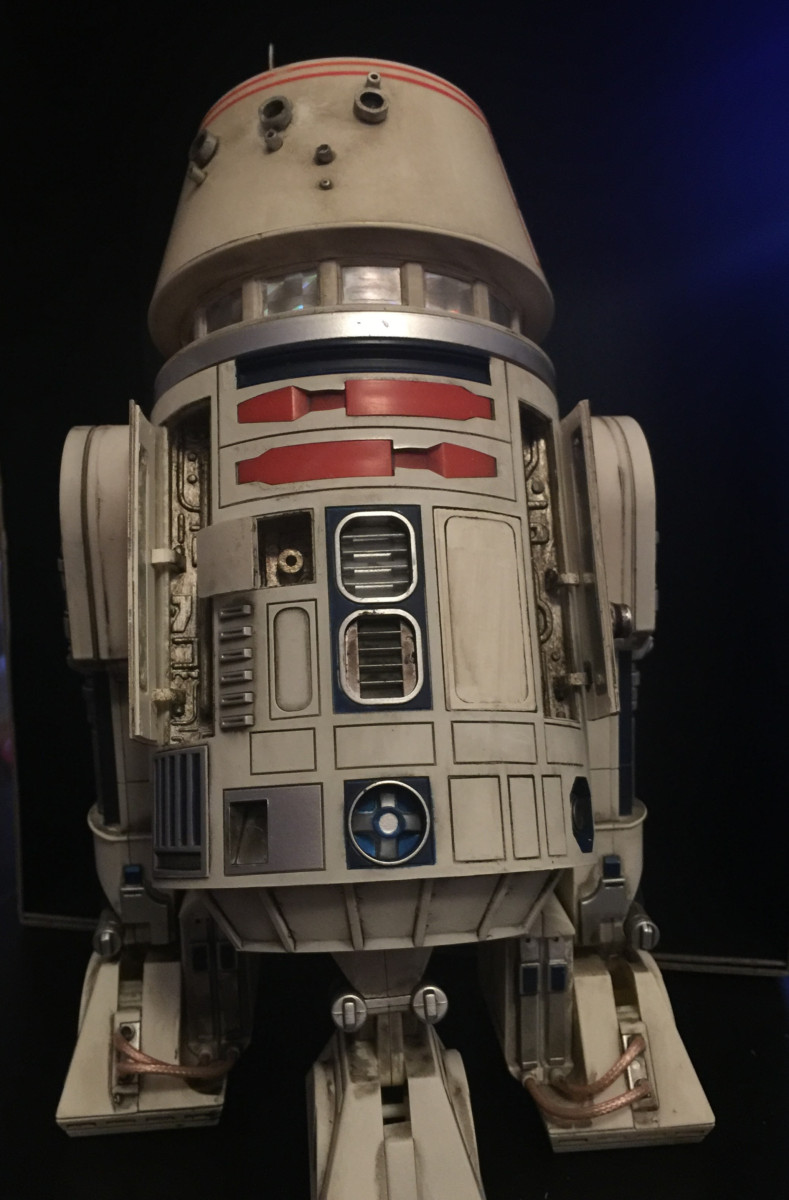 The dome easily rotates from side to side and will come right off and easily back on once you line up the parts correctly.  One thing I really liked about the dome, if you pull the middle receptor, there is a pop-up panel that exposes a bad motivator so you can recreate the film scene. 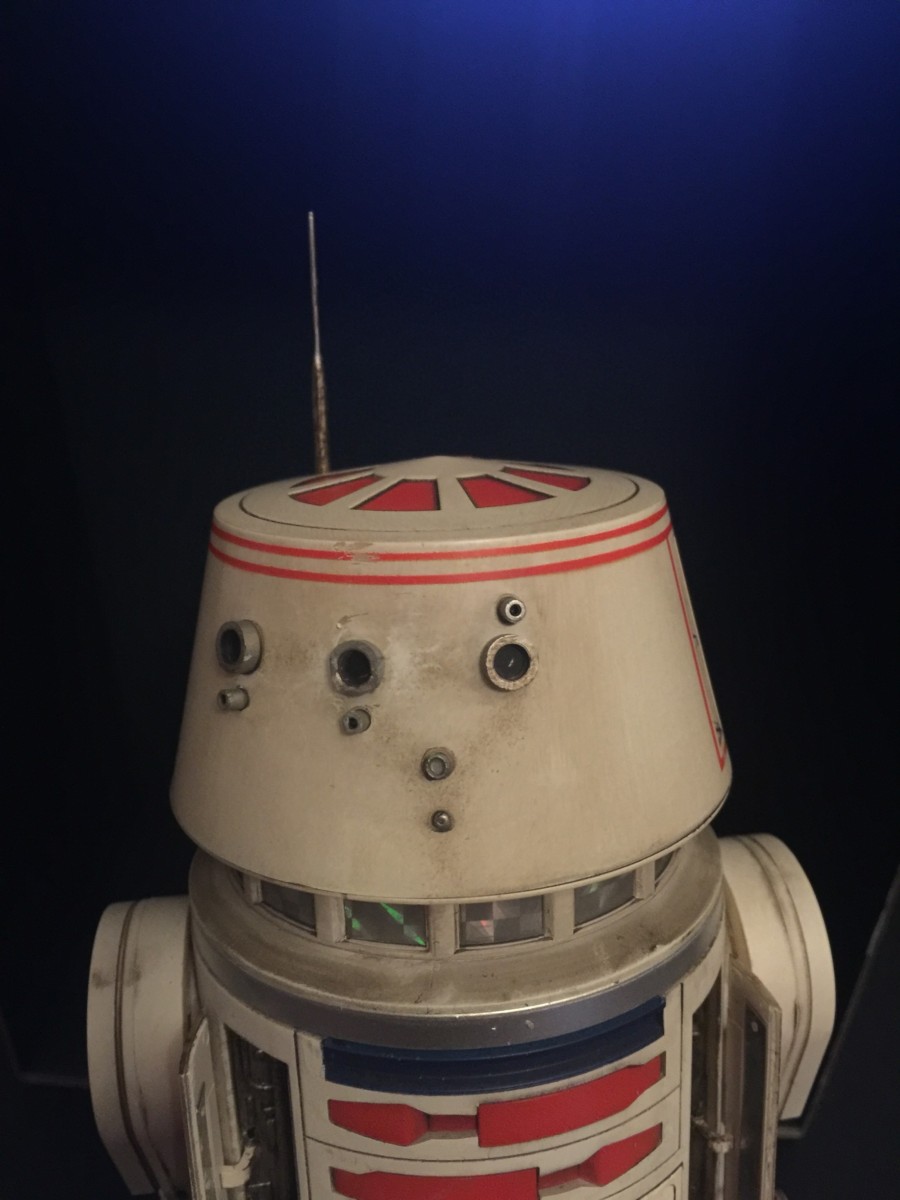 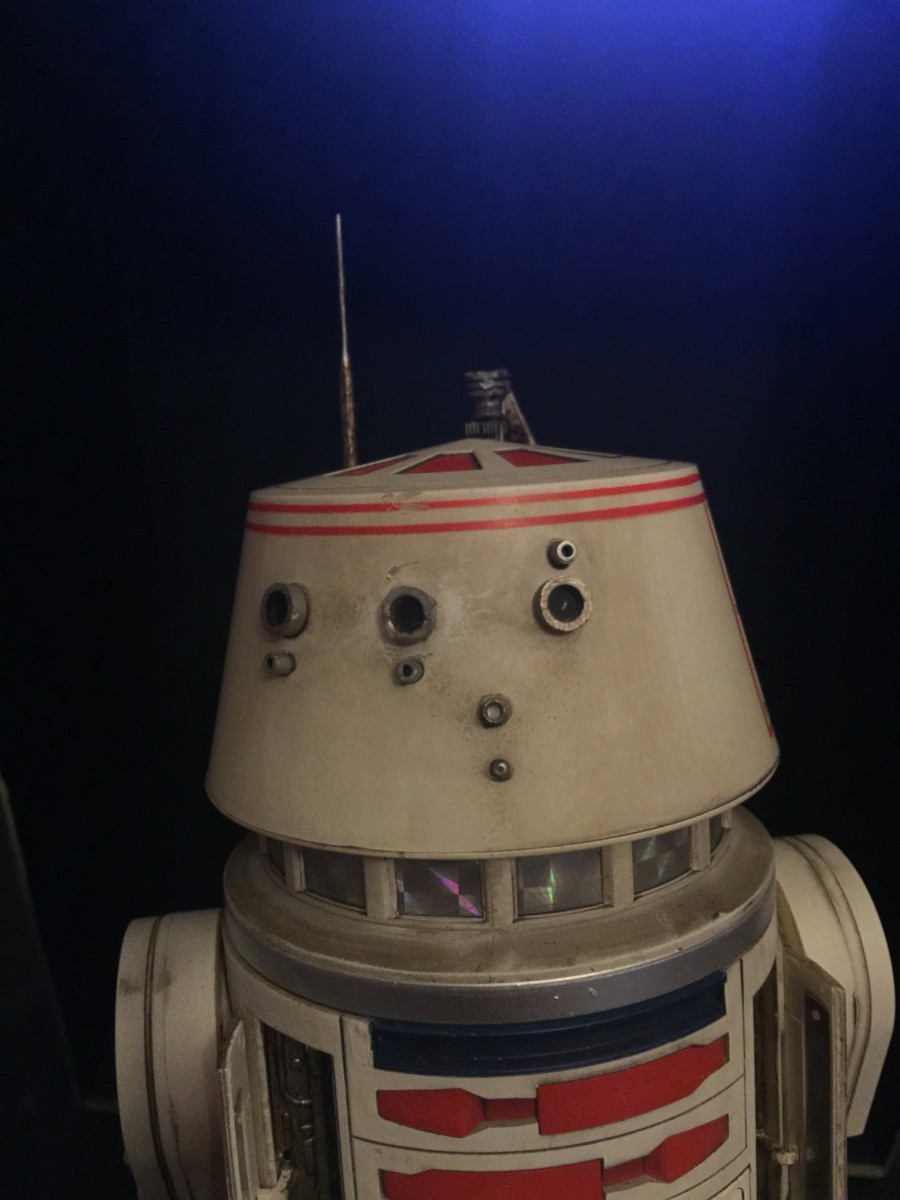 Like other Astro Droids, R5-D4 has a center third leg which is retractable so that it can be hidden up in the main body part or extended down and at an angle in front of him as he would roll forward.  The terrain tread legs move very easily into position to give the natural look you would recognize from the films. 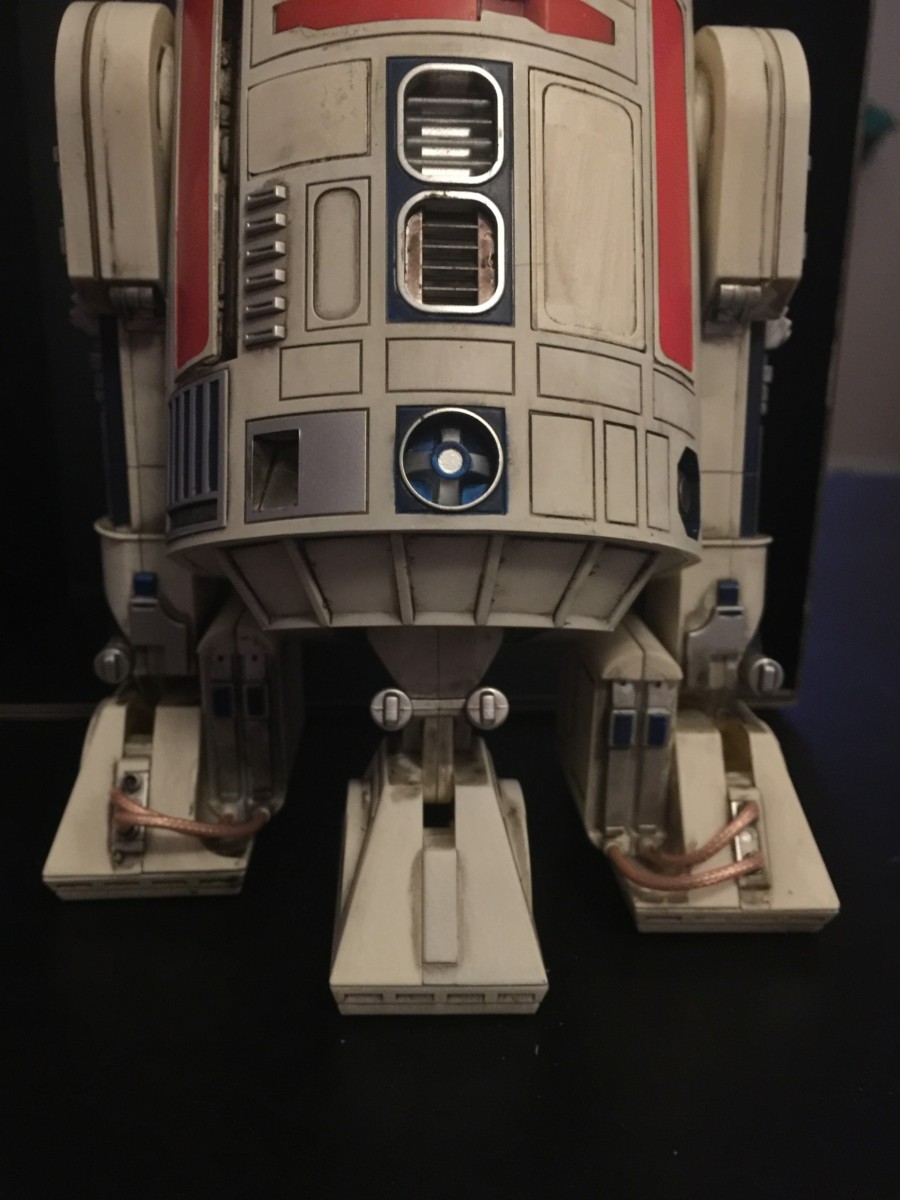 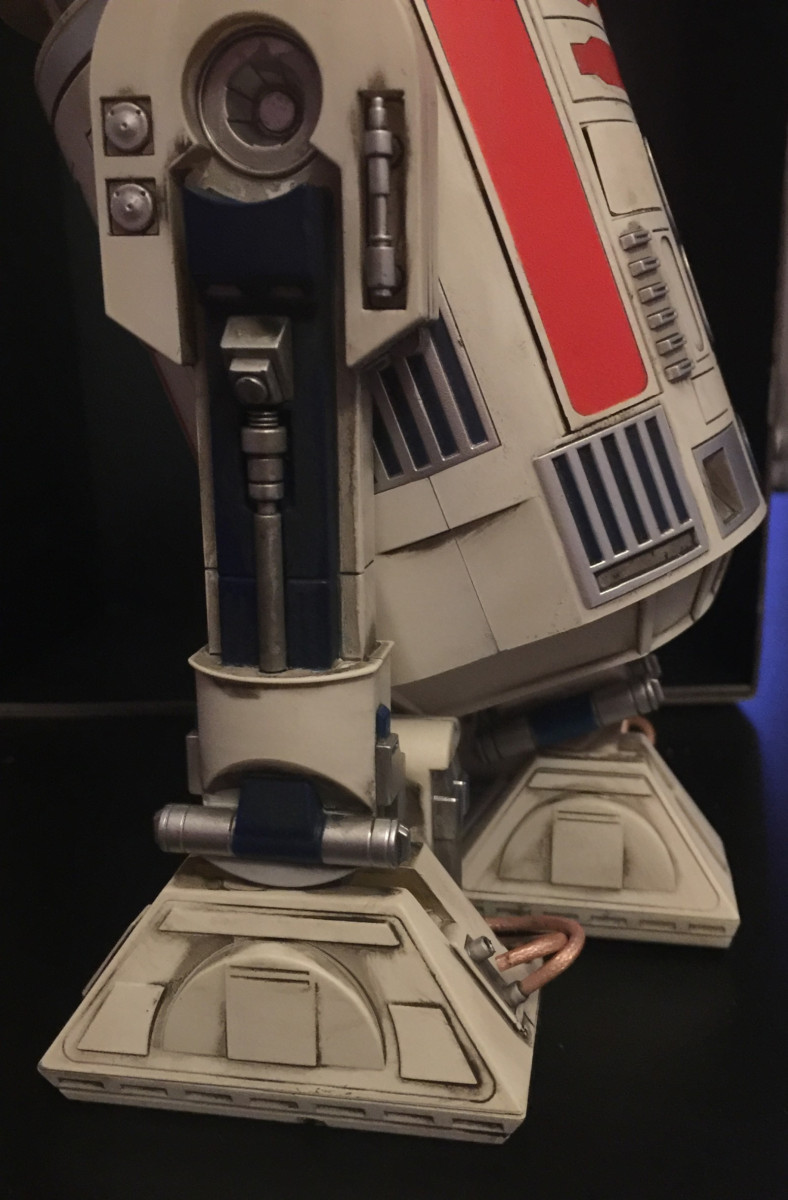 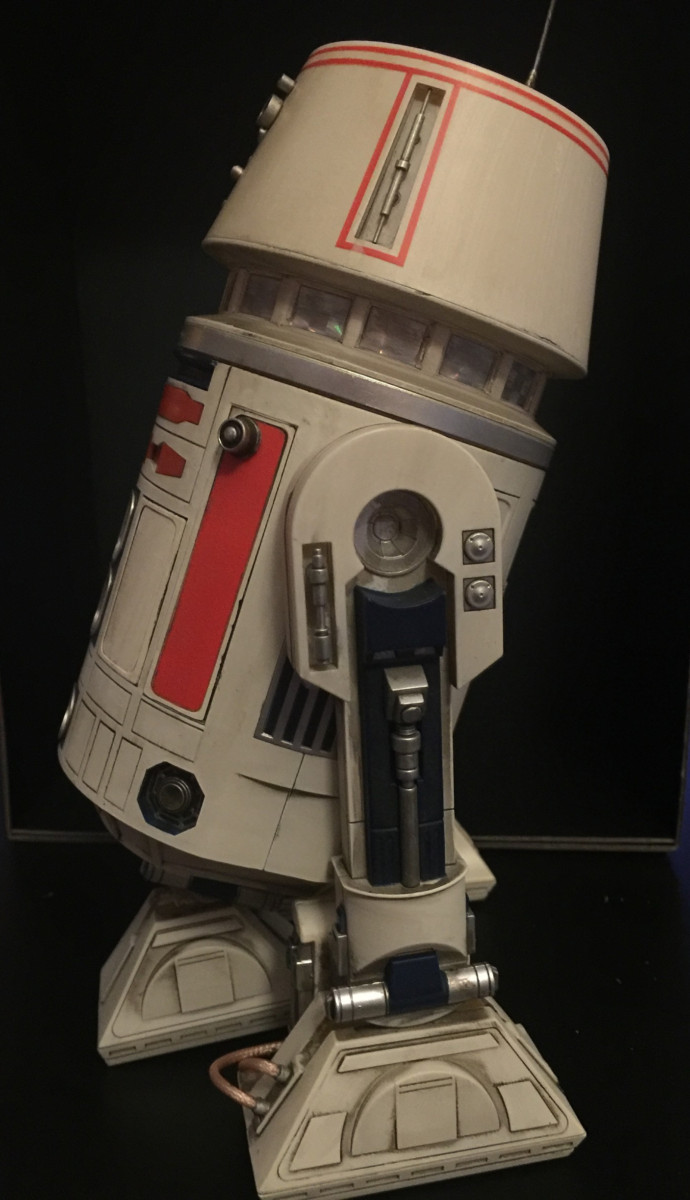 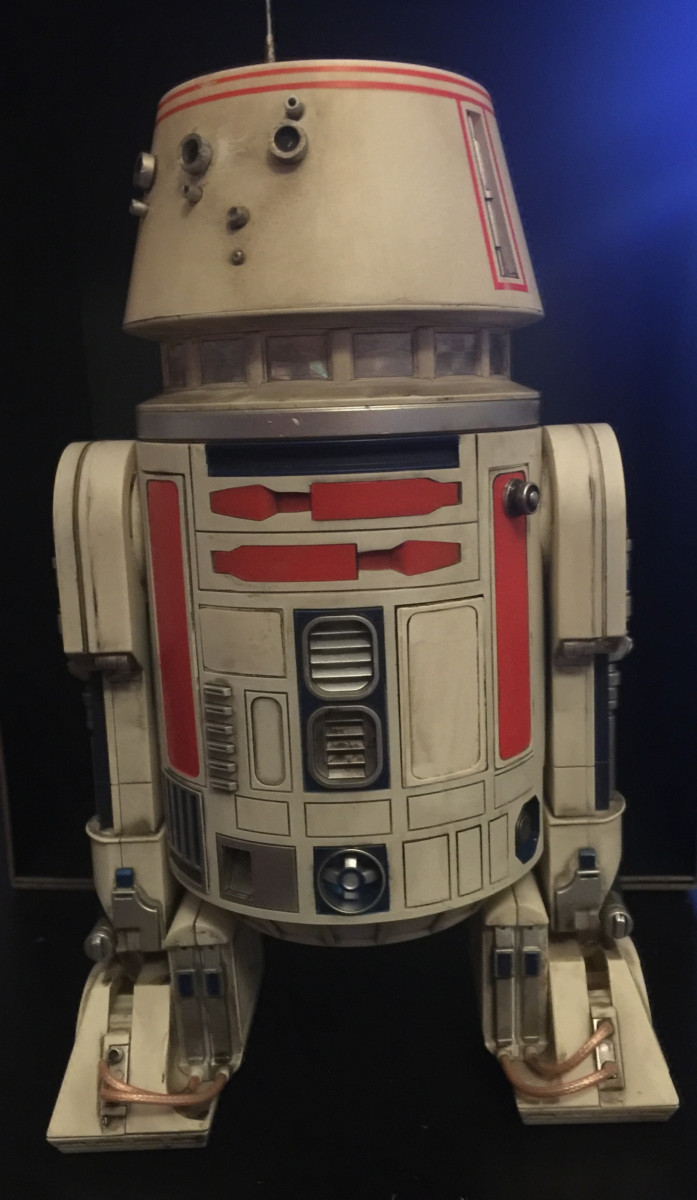 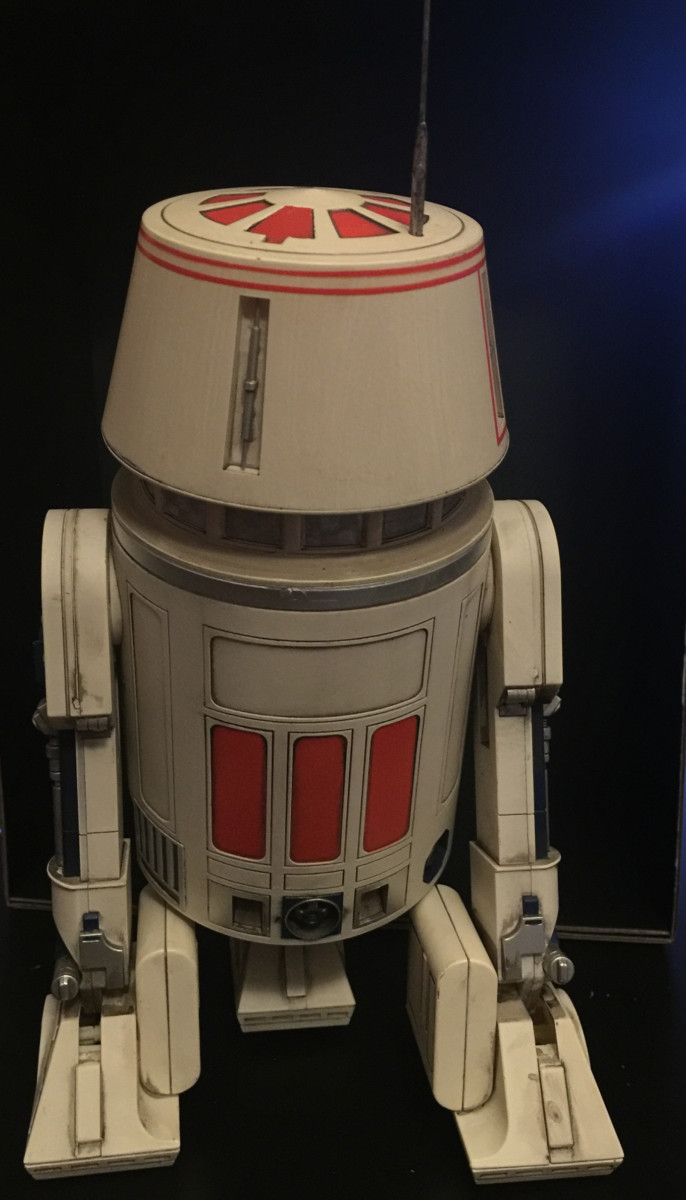 This figure is the perfect size for display, standing only 8.6 inches tall, he will fit on most shelves.  As I mentioned above, the figure can also be left in the packaging to display so that it will not become dusty over time.

This is a perfect addition to any Star Wars fan’s collection, especially for the droid fans.  This is a piece I loved being able to review and if you would like to order one for yourself or for that Star Wars fans, you can order it HERE.  In addition to this great droid, SIDESHOW has so many other Star Wars figures and other pop culture items sure to make any collector smile.

Thank you for reading and a special THANK YOU to SIDESHOW for allowing me the opportunity to review R5-D4.

Scott has 3487 posts and counting. See all posts by Scott

June 15, 2018April 16, 2020 Guest Blog 0
Do NOT follow this link or you will be banned from the site!
We use cookies to ensure that we give you the best experience on our website. If you continue to use this site we will assume that you are happy with it.AcceptPrivacy Policy