Skip to content
Featured
May 4, 2017April 15, 2020 Scott 0 Comments Disney Hollywood Studios, May the 4th Be With You, May the Force Be With You, Star Wars, Star Wars Day

May 4th, has become a very popular day in the Star Wars community and is the “unofficial” holiday when the fans get together to remember the space opera.

One of the key phrases from the Star Wars films is “may the force be with you”.  It’s a statement when a Jedi leaves someone they express in wishing the person safety, asking the all powerful force to protect them.  A spin on the words, the reference was first used on May 4, 1979, when Margaret Thatcher’s political party placed an advertisement in The London Evening News following her taking office as Prime Minister that stated “May the Fourth Be with You, Maggie. Congratulations.” This reading of the line has also been recorded in the UK Parliament’s Hansard.

Star Wars fans took to the phrase and began to use it as a day to celebrate everything Star Wars. In 2011, the first organized celebration of Star Wars Day took place in Toronto, Ontario, Canada at the Toronto Underground Cinema. Produced by Sean Ward and Alice Quinn, festivities included an Original Trilogy Trivia Game Show; a costume contest with celebrity judges; and the web’s best tribute films, mash-ups, parodies, and remixes on the big screen.

Well if you are in Walt Disney World, you can ride Star Tours, visit Chewbacca, Kylo Ren or BB-8, tour the Launch Bay, trade with a Jawa, watch the Jedi Training Academy or how about visiting the Backlot Express for a Royal Guard burger or some Dark Side Chicken & Waffles.  Don’t forget the stage shows, “Star Wars: A Galaxy Far, Far Away” and the nighttime show “Star Wars: A Galactic Spectacular” which is by far my favorite show on property. 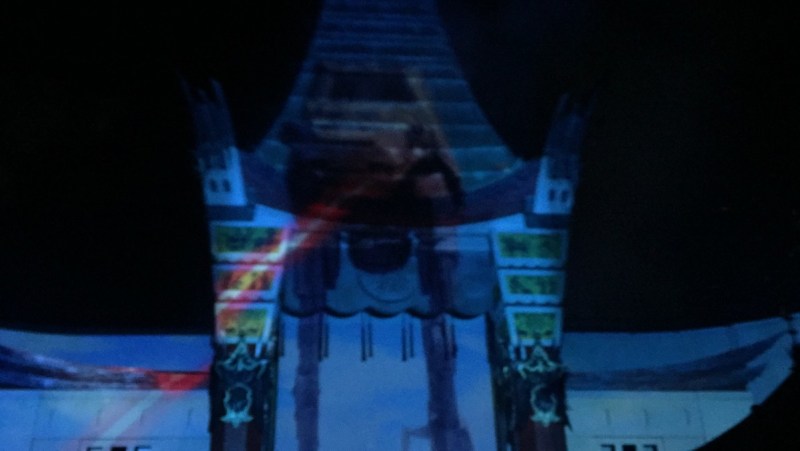 Maybe you are a member of the elite group, the 501st Legion and will be celebrating with a get together of other members.  If you are not familiar with the 501st, I highly suggest you check them out at http://www.501st.com.  The Legion is an all-volunteer organization formed for the express purpose of bringing together costume enthusiasts under a collective identity within which to operate. The Legion seeks to promote interest in Star Wars through the building and wearing of quality costumes and to facilitate the use of these costumes for Star Wars-related events as well as contributions to the local community through costumed charity and volunteer work.

Whatever you are doing, take a few minutes today and remember the Star Wars saga and what George Lucas did in bringing these films to life.  Yes, there are big fans and groups for Star Trek, Lord of the Rings, Harry Potter, etc and they all deserve their place.  In my opinion, the Star Wars franchise has touched more people than any other film franchise.  The films have also brought merchandise, comics, cartoons, books, and many other things that fit into our culture. Star Wars fans are spread across the galaxy and they touch every social group, from the techie to the Executive VP to the child who wasn’t even born when any of the films were released, Star Wars reaches every generation that comes along.

As for me, not sure what I’m going to do just yet.  If I have the time, maybe I’ll take my own advice and head over the Hollywood Studios and ride Star Tours, visit Kylo, watch the stage show, “A Galaxy Far, Far Away.”  As I close, this I ask, share what your plans are for May the Fourth in our comments and on Facebook.  I only have one thing left to say:

“May The Fourth Be With You”

What Makes the Special Effects of Star Wars: The Force Awakens So Special 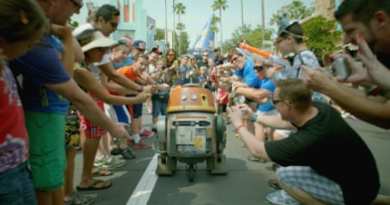 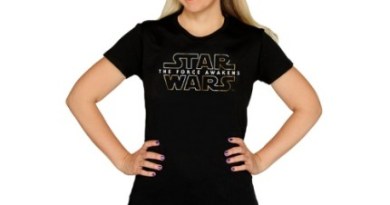 Cast Member Preview Today at Magic Kingdom – What We Know So Far!

July 7, 2020 Michele 1
The Main Street Mouse
%d bloggers like this:
We use cookies to ensure that we give you the best experience on our website. If you continue to use this site we will assume that you are happy with it.AcceptPrivacy Policy