Marathon morning we woke up and it was COLD! Now I’m from Virginia, and I know it wasn’t as cold as it was up there, but still it was in the 30s with a real feel temperature in the 20s. We got up, put on all of our layers and our costumes and made our way out to the bus stop. Major props to Disney on the last few races, I personally feel they have really gotten the bus system much more organized! We were able to climb on to the first bus that pulled up to our stop and we were the next to last stop on the bus line at our resort!
We got to the runner drop off area and bravely made our way out into the frigid air. We were so happy this year that we had gotten the Runner’s Retreat tent for the Challenge again thinking we would be walking into a nice warm environment for a bit before our race. Sadly, we were so mistaken. The Race Retreat wasn’t that much warmer than outside! They had cold air constantly blowing throughout the whole tent! In fact, the air blowing was so cold that when we came back to our bag pick up after the race, my clothing I had packed to warm up in was freezing when I put it on!
So anyway inside our barely warmer Race Retreat tent, we put on our last few layers (gloves, ear warmers, and hot hands), finished our pre-race breakfast and then began the walk to the starting corrals. What I love about Disney is that they do their best to entertain you throughout your entire racing adventure from the time you arrive at the runners village until you return to the finish line. Keeping in line with this mentality, runDisney had placed a DJ about halfway through the walk to the starting corrals to get people pumped up! It was a nice break in the walk and everyone around us on the walk got involved! 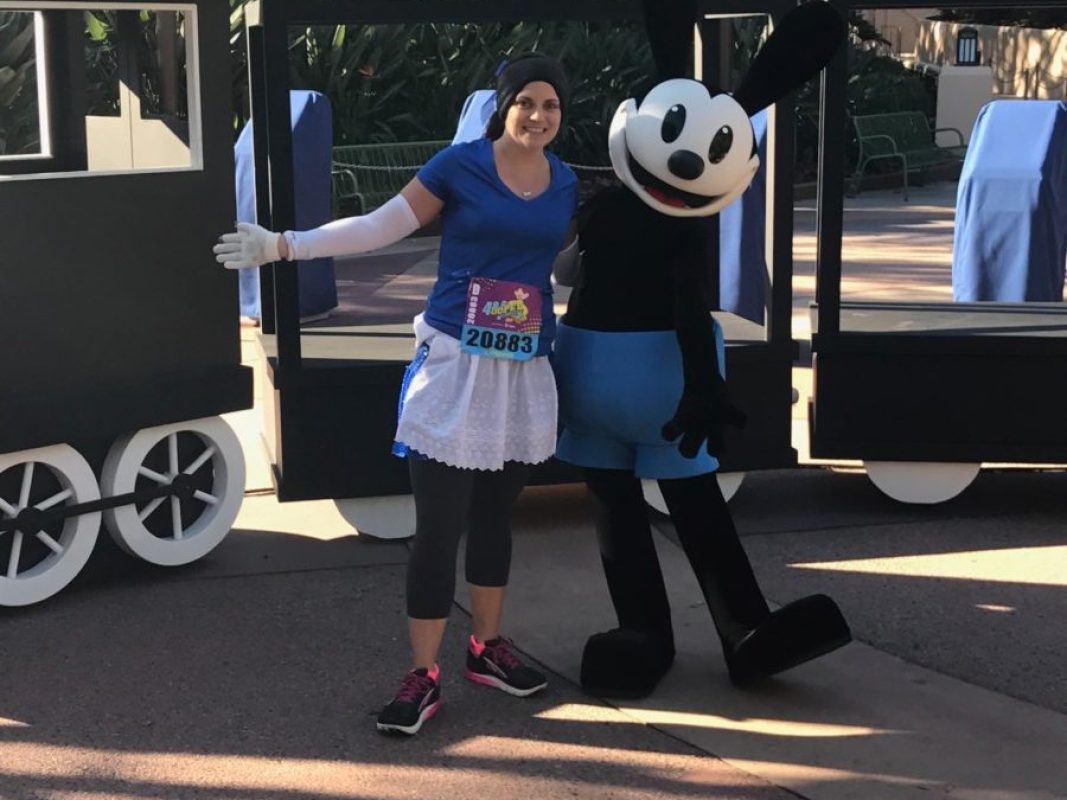 As we rounded the last corner in our walk we came upon the massive wall of port-a-potties. We made our final pit stop and then said our goodbyes to our mom and my brother and I headed out to our corral and Mom made her way towards her own. Thank goodness we didn’t have to wait too long in order for the corrals to begin to move from the time we made it into our corral. The announcers brought out the gang of characters to start the race and then said the 3 magic words and the WDW Marathon was officially under way. A few more corrals later, and our corral, Corral D was ready to take off.
Unfortunately, by this time I was already really cold. So as we first started moving it took me a while to finally warm up. And even once I was “warmed up” I definitely was never fully warm throughout the whole race. We started out on the usual beginning of the marathon course as we made our way to the Magic Kingdom. Along the way they had some super cute characters so Ross and I made some pit stops to grab some pictures. Out in the parking lot of the Ticket and Transportation Center they had Jack Skellington and Sally and when we posed for this picture a runDisney photographer also snapped us and we ended up on the runDisney Facebook page! We felt really good through this part of the course and felt strong going into the Magic Kingdom. Inside the Magic Kingdom, I felt like they did a great job of having characters out that were super visible. As Ross and I rounded the corner in Tomorrowland to head into Fantasyland, Tweedle Dee and Tweedle Dum were just making their appearance again so we were able to slide in for a picture without waiting. As we looped around Fantasyland back towards Storybook Circus, they had Donald out in his magician’s finest. We had to pause for about 3 minutes while we waited on him but the picture ended up being super cute! Next we wound our way back around the backside of Fantasyland beside Be Our Guest and who was out there but the BEAST! We were so incredibly excited to snap a shot with him as we had dressed as Belle and Gaston for this race. This has officially become my favorite runDisney photo op to date.
After that super fun boost in morale we cruised through Cinderella’s Castle and paused for a picture in front of it too. We headed out towards Frontierland where my brother had some friends who were supposed to be working; however, we ended up not being able to spot them! ☹ We kept trucking though and as we entered the backstage area we paused for another photo op with the Maleficent float. I love that they have this out during races, I think it is so neat that they let you get up close and personal with these floats!
I had checked out the race maps prior to the event and knew from previous Marathon Weekends that the next 7 or so miles were all on backstage areas. However, again runDisney out did themselves and did a superb job of having some really obscure characters out for pictures during this part and my FAVORITE picture stop consisted of old ride cars from some rides I’m sure many had long forgotten. I’m talking about Snow White’s Scary Adventure, Mr. Toad’s Wild Ride, the SkyWay bucket, and a submarine from 20,000 Leagues Under the Sea. It was so cool! I wish they had a PhotoPass person there, but luckily I had chosen to run with my cellphone so we were able to get a picture! 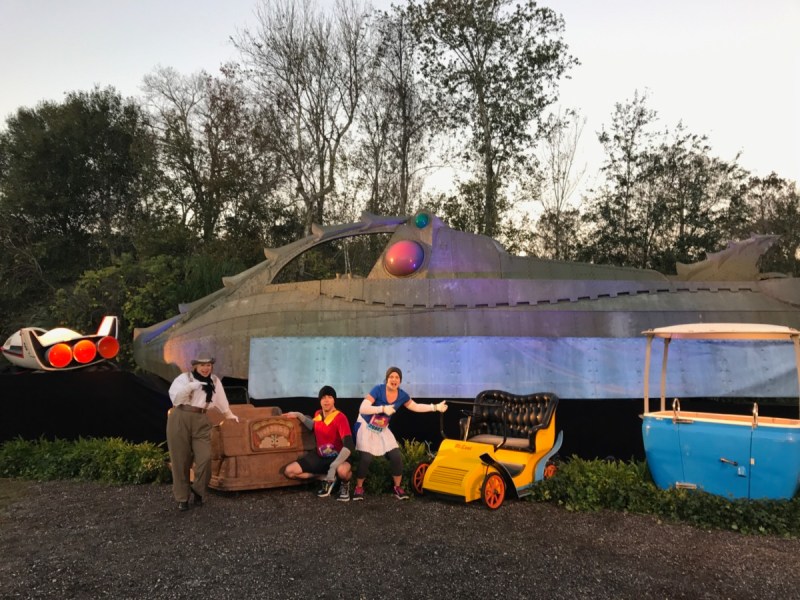 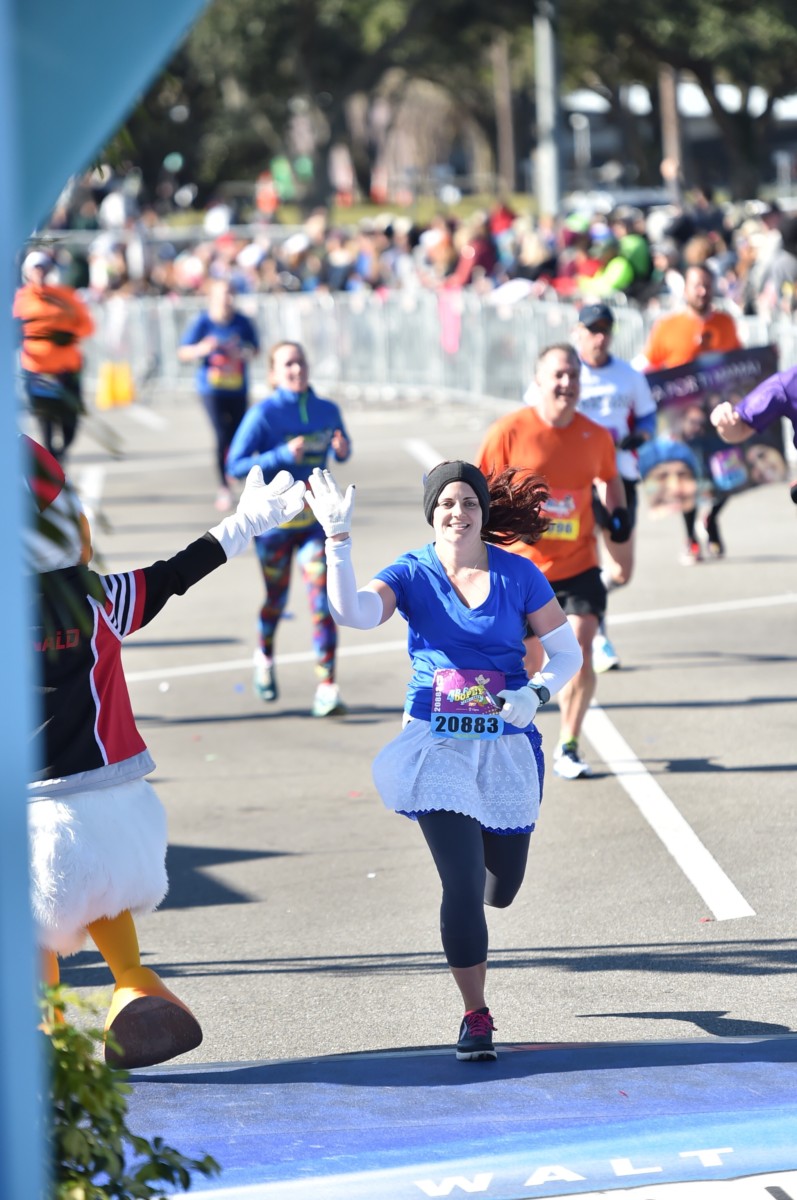 Note to all of you who are wanting to run Disney in the future. Don’t stop moving after your race. Even if you move slowly, continue to move after the race. Work out the soreness and stretch. Use a foam roller if you have one, if not, static stretching works as well. And just keep moving – you won’t regret it!
All in all, I’m super pleased with how this marathon worked out for me. It was my 10th – holy cow my 10th! marathon and I got to have it be the magical experience of a runDisney race. I got to experience it by running with my family and friends and I got to run through the most magical place on earth. I hope to see some of you out there next year for the 5th anniversary of Dopey – yep that’s right I’m already signed up! Happy running! 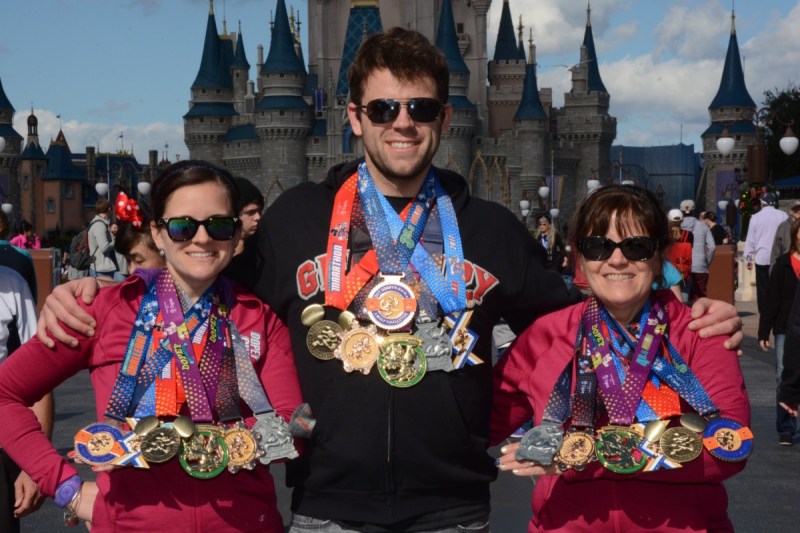 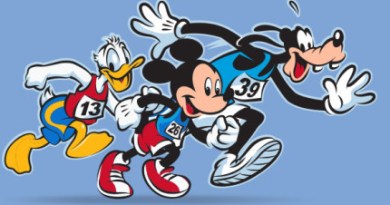 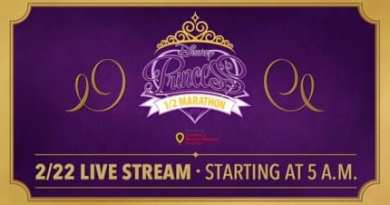 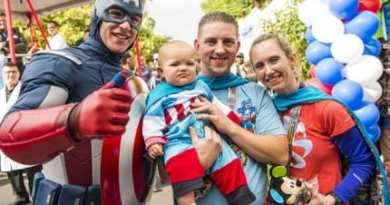 TMSM Mythbusters: Disney 365 and The Clock Strikes 12 And Pumpkins Turn Into Christmas Trees

October 12, 2015October 12, 2015 Michele 1
The Main Street Mouse
%d bloggers like this:
We use cookies to ensure that we give you the best experience on our website. If you continue to use this site we will assume that you are happy with it.AcceptPrivacy Policy