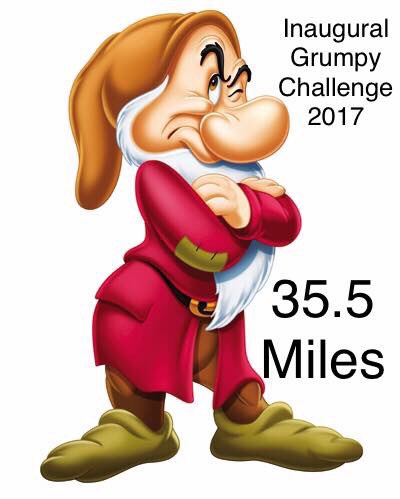 By TMSM Racing Disney Guest Blogger Catie Neal
So I am an avid watcher of the weather whenever there is a runDisney event. I refuse to ever be down in Disney and be caught without all the proper attire needed to complete a race. Therefore, Mom and I had already discussed the high probability that we would be running the half marathon during the rain and had made a costume adjustment. However, as I watched the weather throughout the day on Friday, I noticed that we weren’t just in for a rainy half marathon, we might be in for some seriously dangerous conditions to run in. There was a high chance for some super strong thunderstorms starting around midnight and continuing throughout 9-10 am.
Those of you who aren’t familiar with the runDisney process, the race is set up by runDisney personnel and thousands of volunteers starting around midnight. Therefore, when the weather was calling for horrific storms, runDisney was going to be accountable for thousands of volunteers out in the elements setting up folding tables, placing out water stops, prepping the medals for runners, and getting the medical tents ready. There are also the hundreds of characters who have to start reporting at 2 am. Then starting around 3 am the buses start bringing the 20,000+ runners to the start line. This also includes the wheelchair athletes. Remember, most runners are in costumes including tiaras, fairy wings, pins, etc, tons of things that are great conductors for electricity.
Now, I’m sure a lot of you have heard about when runDisney was able to delay the Wine & Dine half marathon back in 2015, but remember that race starts at ESPN Wide World of Sports Complex. That area allowed for runDisney to be able to safely get all the runners and volunteers at the start line into shelter in a quick amount of time. The Walt Disney World Half Marathon starts at EPCOT, the staging area is the parking lot in EPCOT. There is nothing around to get thousands of people into shelter quickly. 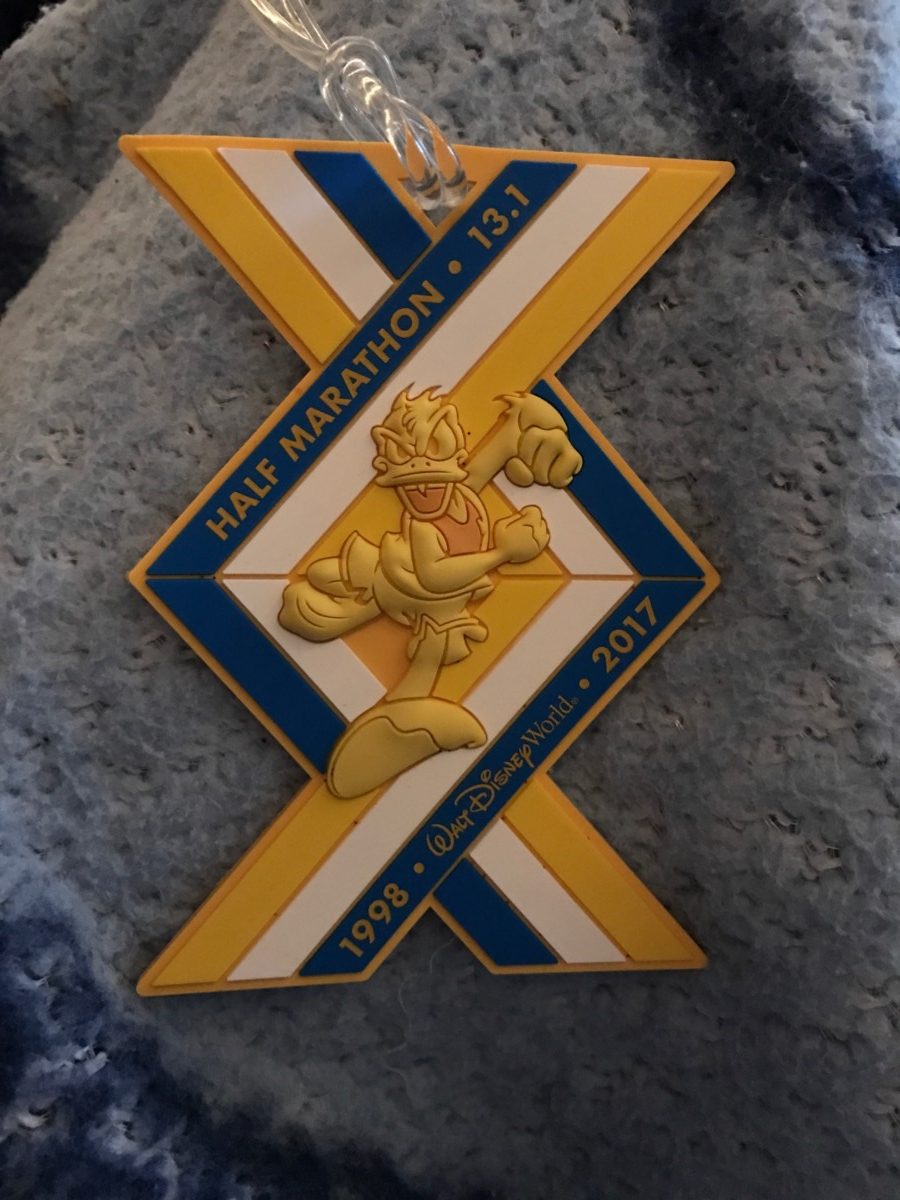 Ok, so now that we’ve had our logistics lesson, I will continue with my recap of the weekend. So throughout the day runDisney kept sending out notifications to all runners regarding the status of the race. This was done via Twitter, email, and on their new electronic event guide. Each message seemed pretty vague and just let everyone know that they were continuing to track the massive storm via radar. Around 5 pm, they sent out a message that got me thinking that perhaps runDisney was leaning towards cancelling the race. This announcement told all runners to keep monitoring Twitter, the Digital Event Guide, the event page on Facebook, or to get texts via runner tracking. It also said they would provide their next update “at 7 p.m. and as needed thereafter.” We went ahead and kept resuming our day thinking we would be running 13.1 miles on Saturday so we went to our dinner reservation. We of course kept checking all the official means of communication when my friend texted me “THE HALF MARATHON IS CANCELLED.” 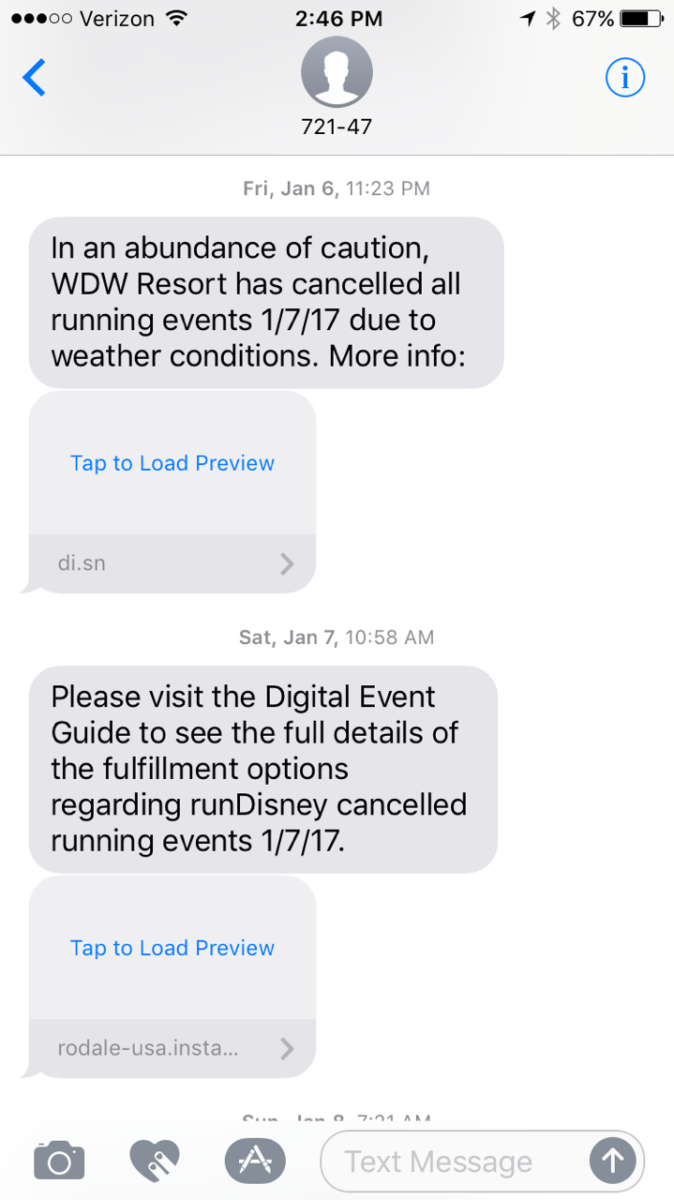 Of course, my first reaction is complete shock. In my knowledge, I don’t know if runDisney has ever had to cancel an event before. Also, this was the 20th anniversary of the half marathon, and now it wasn’t going to happen. And my last thought was, well I’m glad that they let us know now at 7 pm instead of keeping us on our toes all night long. Imagine how little sleep any runner would have gotten tossing and turning waiting to hear if we would be having a race?
Now, if you’ve never run a race before, you may not know that you have to sign a waiver. In this waiver, it states that the race officials may choose to cancel a race at any time for any reason and that you acknowledge that full and partial refunds do not happen. Well, Disney blew us all completely away when they offered a full refund in the form of a Disney gift card. This form of refund was given to all runners, ChEAR Squad members, and Race Retreat participants. Other forms of compensation were also offered, they were as follows: 2 One-Day park hopper tickets, transfer registration to another runDisney half marathon in the U.S. in the next 24 months, or the ability to run the full marathon with no added price increase. In my mind, runDisney went out of their way to make a crappy situation way more tolerable for people.
As a participant of the Dopey Challenge, I was worried none of these were going to apply, but I was wrong. I was still able to cash in for a refund on my part of the race – which was still the TOTAL AMOUNT OF THE HALF MARATHON IN THE FORM OF A DISNEY GIFT CARD! Thank you runDisney!
So since this was all done by 7 p.m., we voted to enjoy our evening and enjoy being able to sleep in the next day. We ordered a bottle of wine and celebrated getting to have some more family time together. The night ended and rain began to fall. I woke up around midnight to some loud claps of thunder – clearly runDisney had made the right choice as that would have been the time that the volunteers would have begun to set up the course for us. When we woke up the next morning, I checked social media to see how others were responding to everything that had transpired. A lot of runners were determined to go ahead and get on out there and “earn” their medals. I can relate to that, we are all runners and if you were there specifically for the half, I’m sure it was disheartening to hear your race was cancelled. 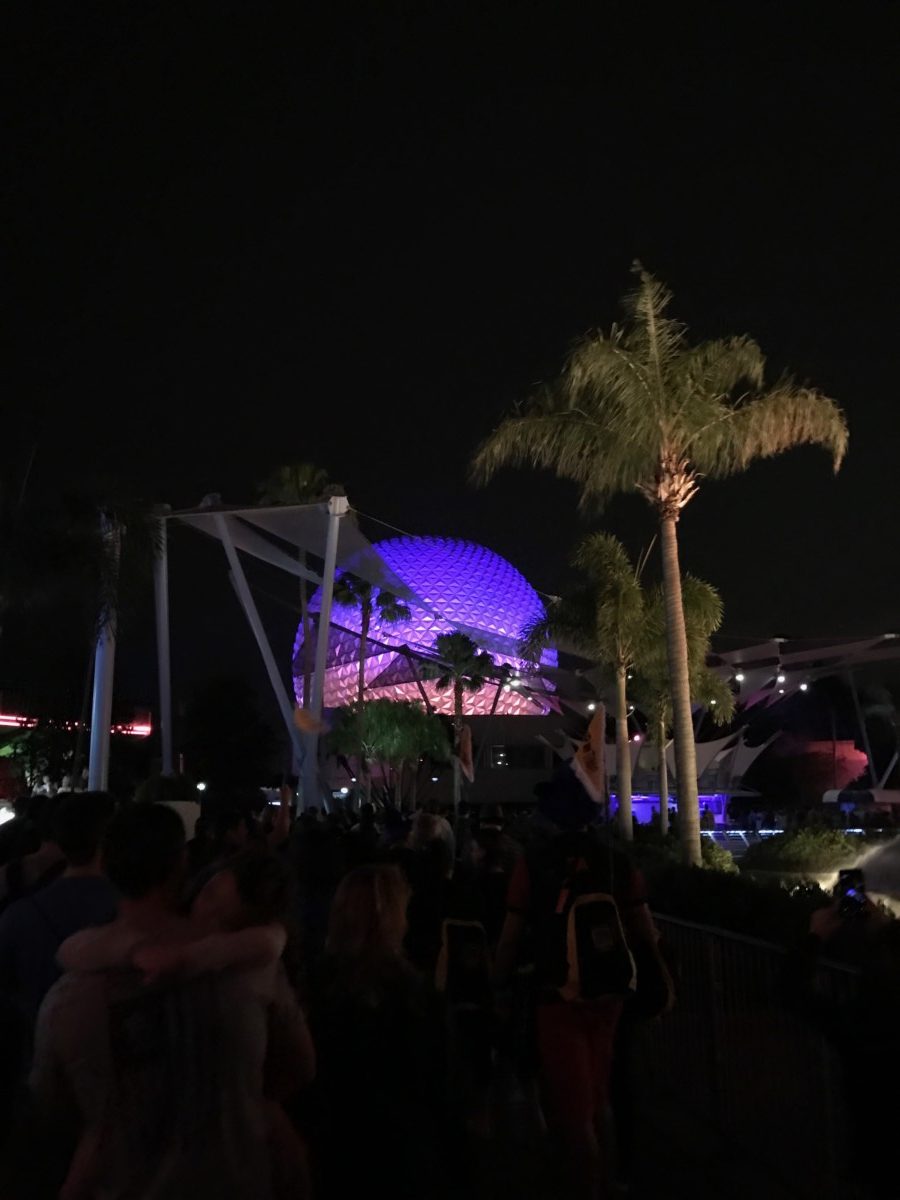 To everyone who go out there and ran 13.1 miles that morning – I hope you did it safely. I’m a nurse, and a neuro nurse at that. Lightning strikes are no joke and they can cause some serious bodily injury. When I checked my weather app at 830, the closest lightning strike was .3 miles away from Caribbean Beach Resort. Florida is the leader in lightning strikes in the country. I hope if you were one of the thousands of runners, you were running on a bike trail or a clearly marked path, and that you were not running when it was “just thundering” (lightning and thunder go hand in hand, you may not see it but it’s there). If you ran on a treadmill – I applaud you because that blows – I know I’ve done a few 20 milers on a treadmill. If you were out on the major highways running, I worried for you. I didn’t want a car to hit you – I wanted you to be safe. Disney wanted you to be safe too, hence why the race was cancelled. And if you didn’t run, well that’s OK too. I chose to not run my 13.1 miles that day. I have “earned” my medal since by completing the 13.1 miles but I don’t feel I cheated anything by not running my 13.1 that day. Safety first my friends. Live to run another day. 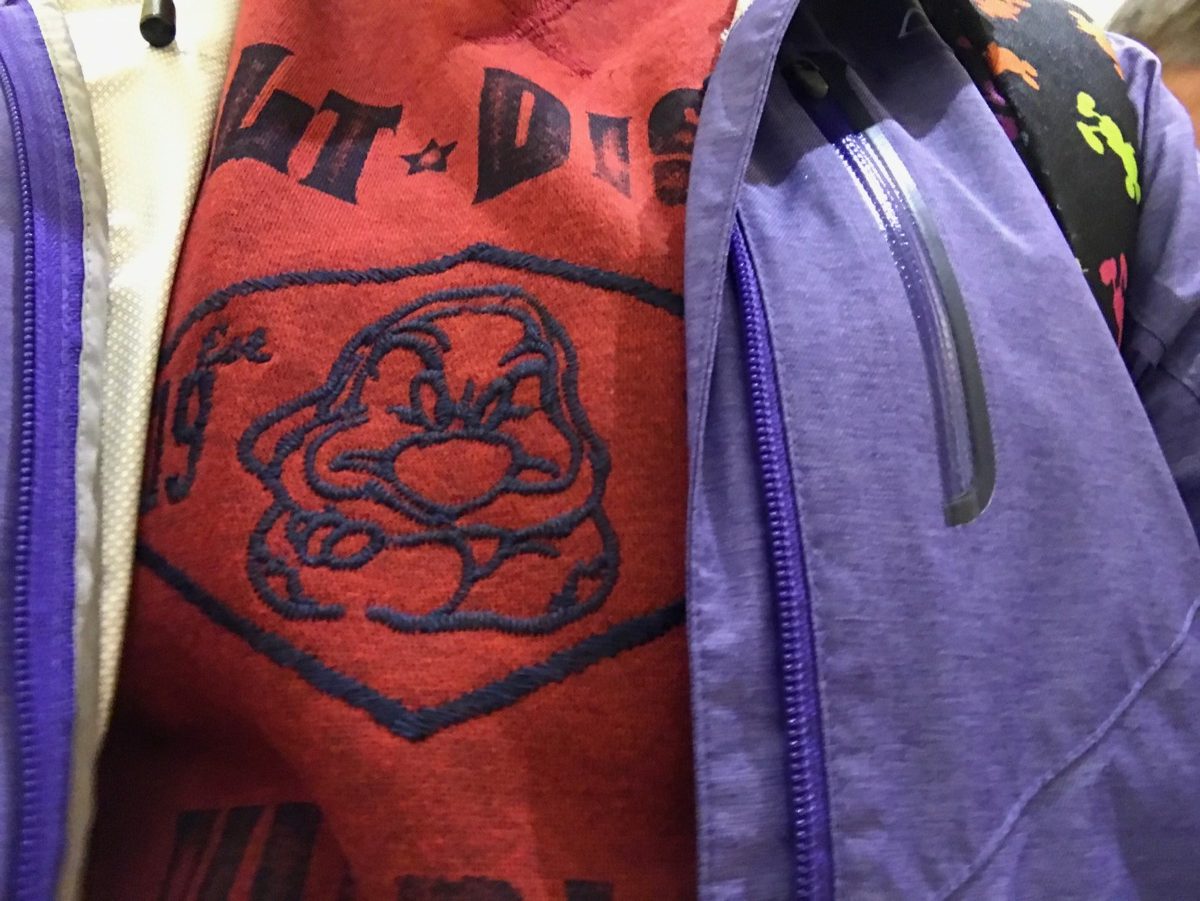 While this was a unique experience for everyone involved, in the end, I ultimately think runDisney made the correct choice. Sure, it was unpopular but not a single person got hurt. And more importantly, we can all enjoy more runDisney events in the future because not a single person got hurt. All the volunteers were safe, all the runners were safe, all the cast members were safe, and all the runDisney officials and announcers stayed safe. Lastly, runDisney offered fabulous perks to help make the loss of the miles more bearable – this was not something they HAD to do, but instead something they CHOSE to do for everyone who was “inconvenienced” by them taking this safety measure. So in the end, thanks runDisney for making the tough call that not a single one of us runners would have ever wanted to make. Thanks for letting me be able to come back and enjoy more of your events in the future.
Oh, and in case you were wondering, it rained the majority of the day and the temperature steadily decreased throughout the entire day on Saturday. Obviously giving us some serious foreshadowing for what we were in store for during the full on Sunday! By this time, people who were running Dopey had given our challenge a new name – the Grumpy 35.5 Challenge. To participate – we grabbed some Grumpy sweatshirts to stay warm. I mean – you might as well enjoy the journey right?! I also loved seeing all the people in the parks wearing their commemorative luggage tags that they gave us for the half. I referred to them as our “lightning proof medals.” Oh, and don’t worry – I’m already registered to come back for my Dopey 5Peat in 2018 – so is Mom! #PerfectlyDopey 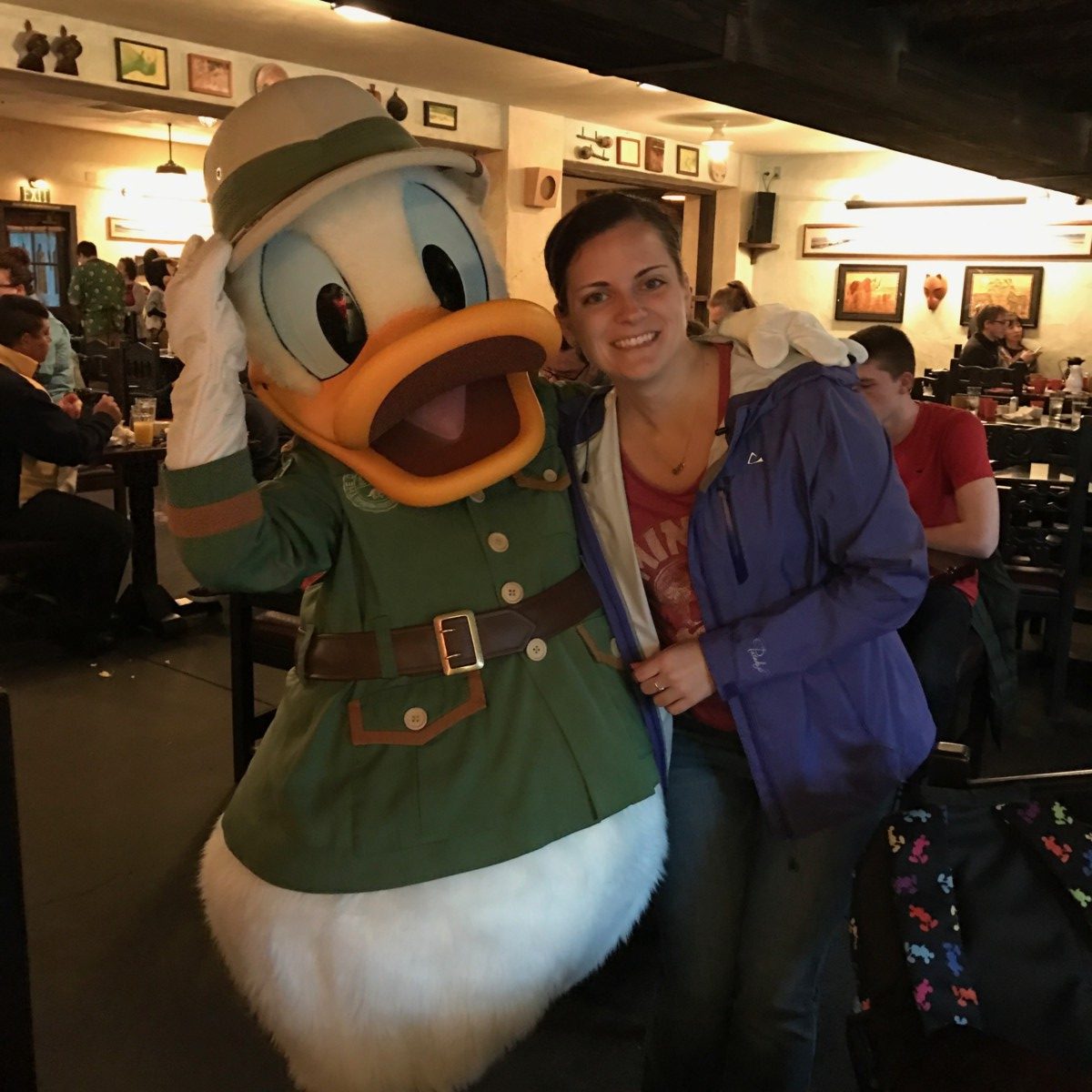 On Your Mark with runDisney

Enjoy A Bonus 30% Off Select Styles at the DisneyStore.com this weekend (Online Exclusive)

February 21, 2014February 21, 2014 Michele 0
Do NOT follow this link or you will be banned from the site!
We use cookies to ensure that we give you the best experience on our website. If you continue to use this site we will assume that you are happy with it.AcceptPrivacy Policy