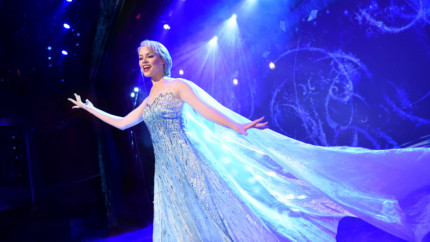 Attention Disney Cruise Line fans! A new Frozen show is coming this year to the Disney Wonder! “Frozen, A Musical Spectacular” debuts, along with a wave of new enhancements to the ship, on cruises starting Nov. 10, 2016, from Galveston, Texas. Here’s the scoop according to the Disney Parks Blog~

The story of royal sisters Anna and Elsa will be presented like never before, with an innovative combination of traditional theatrical techniques, modern technology and classic Disney whimsy, completely unique to the Disney Wonder production. The show features dynamic costumes and sets, remarkable special effects, and spectacular production numbers that expand upon the most imaginative elements of the film. 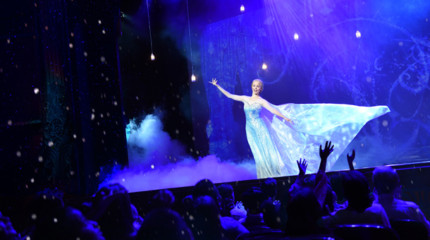 “Frozen, a Musical Spectacular” will feature music direction by Marco Paguia, projection design by Aaron Rhyne and lighting design by Rui Rita. Dynamic puppetry by Michael Curry, whose designs are featured in Disney’s Tony Award-winning Broadway musical “The Lion King,” will bring exciting physicality to characters like Sven and Olaf.

Special thanks to Jonathan Frontado, Public Relations Manager, Disney Cruise Line for the information! Stay tuned for more as we hear!

How to Talk Like a Pirate on A Disney Cruise

More Details About the Beauty and the Beast Stage Show on the Disney Dream!

This Halloween Season, Scare Up Some Fun at Disney Springs

New Locations Join The Landing at Disney Springs in February 2015

February 27, 2015April 14, 2020 Scott 1
Do NOT follow this link or you will be banned from the site!
We use cookies to ensure that we give you the best experience on our website. If you continue to use this site we will assume that you are happy with it.AcceptPrivacy Policy