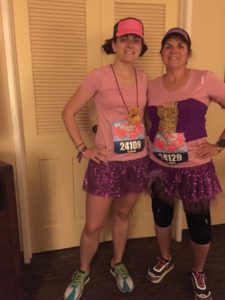 Hey there Main Streeters! Today we’re finishing up the Pixie Dust Challenge by talking about the Tinkerbell Half Marathon. This was the 5th year running of this women’s centered event, so Mom and I were super prepared for a pretty crowded course. We were pretty confident the crowds wouldn’t be terrible because we were expecting to have pretty decent corrals to start from. However, runDisney requires you to submit proof of time by a specific date before each event. We had a lot of crazy family related events and we missed the deadline for proof of time. We didn’t even know it until I went to print off our waivers and we realized we were going to be starting the half in corral F. (For reference, I based on my running times I am typically in Corral A and my mom is usually in Corral D). Now, I know that there is a small possibility that we could have gone and whined at runner’s relations and possibly had our corrals changed, but Mom and I try to follow the rules. And runDisney clearly posts all over their registration pages that there will be no corral changes at the Expo. Therefore, we resigned ourselves to knowing that we would be starting in Corral F. 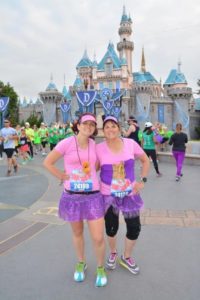 Quick disclaimer – Mom and I both feel being the Tinkerbell race can kind of limit you on your costume choice. Lucky for us, my nephew is a lover of Jake & the Neverland Pirates. As such, we chose costumes from his beloved show. I am running as fearless Izzy, keeper of the Pixie Dust, and my mom is running as the Pirate Princess.

Due to all of those circumstances, we decided to take our time getting to the corral area. Just like for the 10K, we opted to forgo bag check and only take a cell phone and our fuel on the run with us. We made it through bag check, did the obligatory pre-race port-a-potty shuffle and then headed to Corral F. By this time, it was getting closer to the start of the race. For the first time in my experience at runDisney races, we witnessed runDisney “closing” corrals and forcing all remaining runners into Corral F. (Let’s just say corral F quickly became a friendly crowded mess prior to race start!)

However, despite all those small prerace fiascos, we were determined to make this race fun! Plus, it was Mother’s Day and what better way to honor my mom by spending the day running a half marathon with her? 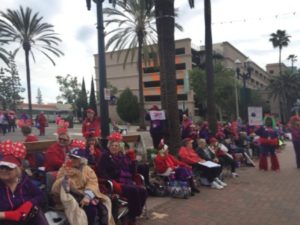 We finally made it up to the start line and we were off! The crowd was pretty wide (7-10 runners across) at the beginning of the race. Mom and I were both very hopeful that by mile 1, things might thin out. However, as we came across the mile 1 marker we quickly realized we were going to be facing a crowd for our entire 13.1 mile flight! As we made our way through mile 2, we started heading into Disneyland. As we approached the entrance to the park, we hit a wall of runners, and we came to a dead stop! There were officials trying to keep a huge pack of runners calm while simultaneously telling everyone that we were only 30 seconds ahead of pace. (Let’s just say that didn’t go over well!) However, about 20 seconds after being stuck, we were able to make our way into the park! Mom and I quickly decided to ditch character stops as we had gotten pictures with the fairies the day before and we would instead do “runfies” and pictures with the iconic park landmarks instead!

We flew through Disneyland Park rather quickly and made a quick pit stop at the front of the park to use their bathroom! (This happens to be one of my favorite features of a runDisney race, you get to use REAL bathrooms on the course!) We then made our way over to California Adventure. At this point on the course there was another runDisney official who let us know we were now officially more than 3 minutes ahead of the pacers. This made Mom super happy. Up until this point my mom was running through all of her intervals. She usually follows the Jeff Galloway run/walk method for all of her races, but we were both so nervous about being “behind pace” that we opted to just run for a while!

We entered into California Adventure and flew through the park. We stopped for some pretty epic “runfies’ and pictures taken by the course photographers. Next thing we knew, we were heading out behind the back of the park to head out on the highway into the city of Anaheim. At this point in the course, the course split into two lanes separated only by cones. On our side, we were at mile 5, on the opposite side of the cones; the runners were coming to the finish at mile 12. I later learned that there were some very untrustworthy fairies that ran this race that cheated by crossing the line. However, for all of us trustworthy fairies, it was a great way to share support with fellow runners on the course. We heard lots of encouraging words get passed from both sides of the cones!

As we made our way into mile 6, Mom and I got really excited. Our favorite part of the course from last year was that the Red Hat Society came out and had an awesome cheer section at that point on the course. However, we came upon mile 6 and didn’t see them. We kept trucking down through the highway though, hopeful we would see them later on! Along the route we even got to run past our hotel! We were hopeful we would see my dad, sister, brother-in-law, niece, and nephew, but we barely missed them! So Mom and I kept on trucking. I started doing calculations in my head (I am not normally a numbers person but I LOVE calculating what my finish time might be) and realized there was a possibility that we could go sub-3 hours for this half for Mom. I let her know and she agreed she would do her best to maintain our pace and push for a sub-3 hour half.

We wound our way up to the Muzeo and Anaheim City Hall, we started to see our favorite part of the race. There was a sea of purple and red and screams and cheers and it brought tears to both my mom and I. The support was just wonderful and it came at mile 8 so it really helped give Mom some serious energy. By this time, we had reverted back to her intervals and it’s slightly boring as we are just running through streets.

Mom and I let that emotion fuel us through the next 3 miles. When we came up to mile 11, we were both in for a HUGE surprise. There was a runDisney official there who informed us that we were now officially 19 minutes ahead of pace! I was so incredibly proud of my mom at this point. Not only had she pushed herself and ran for the first 6 miles of the race, she did all of it after having flown cross country, chased after her 2 grandkids in Disneyland, and having already run 9.3 miles! Oh, and not to mention because my mom is probably one of the coolest Mom’s ever, she had run a half marathon the weekend before and gone sub 3 hours on a super hilly course in Virginia! 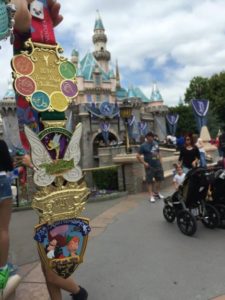 Mom was so excited by this point but she turned to me and said she was starting to tell she was pretty fatigued. Once we figured out we were so far ahead of the official pacer we stopped stressing out as much about pushing as hard and Mom decided she didn’t want to push a sub-3 hour half. We voted we would goof off and have a lot of fun the last 2 miles. Mom even agreed if she was feeling up to it that she would try to run the entire last mile of the race.

We trucked through mile 11 into mile 12 and we were back on the backside of Disney property. Mom decided she really wanted to finish strong and asked if we could just keep up with her intervals until we hit mile 13. So that was the plan. We made it through mile 12 – which felt ridiculously long as it looped us around a parking lot, and we finally came upon mile 13. Mile 13 was situated right in front of the Disneyland Hotel so there were lots of supporters out cheering us on. Mom looked over at me and smiled and we raced down to the finish line.

Mom and I crossed the line hand in hand! I couldn’t have been more proud to have gotten to spend Mother’s Day morning pacing my mom through an awesome race. We had so much fun and it’s a great way for us to bond and make memories to last a lifetime. We got our new hardware – all 4 medals. We got our Tinkerball half bling, Pixie Dust Challenge, Blue Coast to Coast and Pink Coast to Coast. We then snapped some pictures with our phone and with the official photographers. At this point, we decided to not hang around too long in the post-race festivities as we wanted to get showered and meet up with the rest of our family. That being said, the party was still going really strong when we were making our way back to Disney property from our hotel following the race – I’m sure it was a pretty stellar party!

This race was pretty special for both of us because we got to earn some wings to match the ones my grandfather recently earned. He may never have understood our need to go run, but he always understood and respected the magic of Disney and family. This race weekend was dedicated to him! We love and miss you Bubba!

All in all, the Tinkerbell half remains a magical race experience and this 5th anniversary running was no exception. Keep flying, Main Streeters. 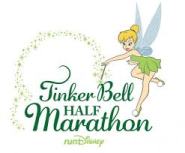 TMSM is very excited to publish the “Racing Disney” runDisney series by Addie Clark and Catie Neal. Please keep an eye out for more of their amazing and informative articles! If you missed of the articles in this series make sure you check them athttps://www.themainstreetmouse.com/tag/racing-disney/
If you are planning on running in a runDisney event and have questions, or have participated and want to talk about your experiences make sure you visit our runDisney Forum at http://goo.gl/RLB5ka 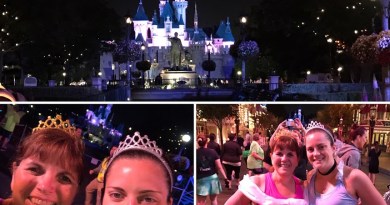 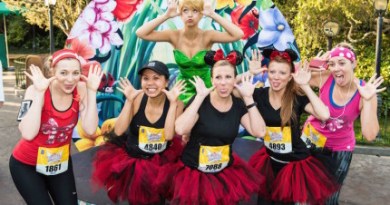 Our Favorite Costumes From the Tinker Bell Half Marathon Weekend

July 14, 2014April 12, 2020 Scott 0
The Main Street Mouse
%d bloggers like this:
We use cookies to ensure that we give you the best experience on our website. If you continue to use this site we will assume that you are happy with it.AcceptPrivacy Policy