As someone who has this amazing gift to live where I do and spend so much time reporting on things that happen at Walt Disney World, sometimes little things seem to get me riled up.  Most are pointless and have no real meaning in the grand scheme of life, but something has been bothering me and I need to share it with others.  I’m not usually the writer to spark a topic for debate, I’m not the one to put much thought into writing something, but I have a point if you will just read for a few moments.

From what I’ve heard, and some of you have probably have too, Disney has been cutting costs and coming up with new ways to make more money lately and the biggest reason I’ve heard is because of Shanghai Disney, needing money to finish that project.  Now Disney, you know, the theme parks that charge around $100 a day for a person to get in to a park, another $20 to park their vehicle and about $11-$14 for a adult meal, needs more money.  They have done some things such as the Preferred Parking that is $35 but only gets you 1-2 lots closer depending on when you get to the park.  I’ve walked from the back spots of Mulan lot at the Magic Kingdom to the front, it’s less than a 15 minute stroll or you can take the tram.  Either way, is it worth $15 to park closer?  This doesn’t upset me though. What about the new After Hour events where you pay almost the price for a whole day in the park and you get to ride the rides quicker because they limit the amount of people in the park?  Why would you want to pay for the full day anymore?  Pay the lesser price and go and do it all in 3 hours and then you can leave property and enjoy more of what Orlando has to offer. 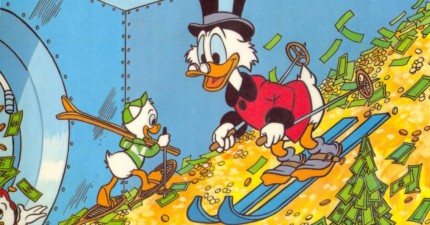 My biggest complaint is when it comes to things with the food.  Now everyone knows, when you go to a theme park, you are going to pay more for a meal.  I’ll be honest, compared to the property that is just 14 miles to the East, you know Universal, the food prices are actually better at Disney.  I also never expect the food to be great in a theme park.  I mean chicken nuggets, burgers and french fries are just that.  Just a way to keep you full till you pass the snack booth.  Soda, pop, coke, whatever you call it, the prices recently went up.  It use to be $2.99 for a small and $3.29 for a large.  Now it’s $3.29 and $3.69.  There is something that bothers me about the beverages, but I will save that for another time.  I do get prices rising on food and beverages.  Disney is the place of dreams and wishes coming true, but we can’t forget that at the top of the whole thing is a Board of Directors that has to make decisions.  If the company doesn’t do well financially they will all have to answer to the shareholders and then won’t be employed if the stock dips.  Without these decisions, Disney won’t have new attractions and rides and lets be honest, it does cost a lot of money to do the things that Disney does that sets them apart from the other theme parks around the world.

So here is where my complaint is coming from.  I’m a ketchup snob.  I know there are shoe snobs, purse snobs, clothing snobs and even theme park snobs.  So what does it mean that I’m a ketchup snob?  Growing up, we usually had the cheap ketchup from the store. It was fine, as a kid I didn’t know good from bad.  I mean I knew which I liked better, but I would still eat it what we had.  I used to love when we would go to a restaurant and get something to go and we had those little packets of Heinz ketchup.  Heinz is a great tasting product.  Disney uses a lot of different Heinz products.  From the little plastic cups of BBQ sauce and honey mustard, you could always find Heinz products.  Also, the ketchup in the pump container was Heinz, you could just tell by the taste of it.  In addition to the Heinz products, Disney has always had name brand products for other condiments such as Ken’s dressings for Ranch or salad dressings.  Disney never skimped on these condiments.

A few weeks ago, while at Epcot eating at the Electric Umbrella, I was dining on my tasty chicken nuggets and fries.  I had my Ken’s Ranch packet and cups of BBQ and Ketchup from the pump.  As strange as it may sound, I mix BBQ and Ranch to create a dip that I like for the chicken.  But something was wrong this day.  The BBQ sauce tasted different.  Like a thin version of the old sauce.  Like it was watered down to make it last longer.  I also thought, maybe they were low and a delivery didn’t come in.  With the mix it wasn’t bad, but not what I expected. Then I dipped my fry in the ketchup and I was convinced, my taste buds were messed up.  The ketchup tasted bad also.  Now I was sure, there must have been a delivery that didn’t come in and they had to use backup products till the delivery was made.

So fast forward a week and again, went to eat and the BBQ and Ketchup were bad.  What is going on?  Then reality hit me on Friday night.  While at the park I happened to notice ketchup packets in one of the walk up establishments and it was not Heinz, it was Red Gold.  I’ve had Red Gold before, I don’t like it but it must be an ok product because they have been in business a long time.  I know they also have a contract with other parks around the US like Cedar Fair and that is their official ketchup of their parks.  I was upset though.  When I eat I enjoy the condiments.  They add flavor to the boring fries or burgers.  I just don’t get why Disney has to cut costs everywhere. 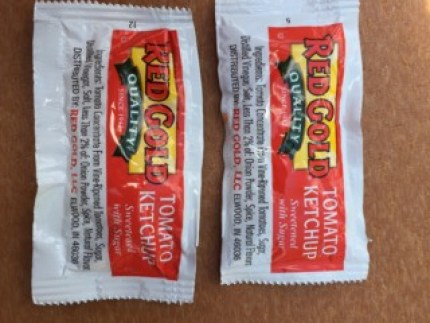 Another thing that bothers me is the amount of a cost increase.  When we moved here, one thing I started collecting was the Popcorn Buckets.  It was $5.50 for a bucket filled with yummy goodness.  It was something I could collect, get a snack and it didn’t break the bank.  Now those buckets are $8 and then there are the “special” buckets that cost a lot more.  They need to save money so they cut the things we like, raise the prices of other things and are charging the same to visit their parks.  Do we go to the window at Hollywood Studios and demand to pay less because they have about 6-8 rides/attractions less than they did a year ago when the price was less?  When the new lands open, I can understand the full price, but why is Hollywood Studios only about $10 less than the Magic Kingdom that has 3-4 times the amount of things to do?

I know some are reading this and thinking, you still get to go to Disney all the time and you are right, I do.  I pay for our monthly passes each and every month.  I know Disney’s caters to the people who come here once a year or every other year because they won’t notice the little details.  If they don’t care though about us catching the little details, why do they take so much time to put the little details in everything?  I’m just saying, should the quality of things be less because I do get to go often and notice little differences?

I was told over a year ago by a Cast Member, Disney strives to make every guests visit special and exceed every expectation, but taking away things we are used to makes me wonder, when will they stop?  What would happen if they ever switched from Coke to Pepsi products?  What if they decided to get rid of Starbucks and go to Folgers or gas station like coffee?  My opinion is, if they are going to charge the big prices at Walt Disney World for things, don’t take away what we are used to. Don’t take away the things that help justify the prices Disney charges.  Don’t take the money spent in the parks here and send it to help a park that most people who are reading this will never get to visit.  Walt Disney World employs more employees in one area than anywhere else, keep the money here and make it a better place or at least the place we are used to.

*What about you? What do you think of the increases and such? Tell us about it in the comments and on social media!

Scott has 3538 posts and counting. See all posts by Scott 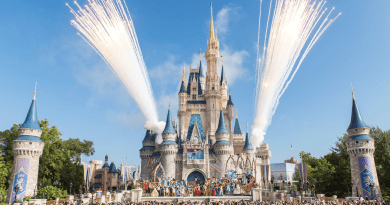 Disney World’s Reservation System Is Staying in Effect Through 2023 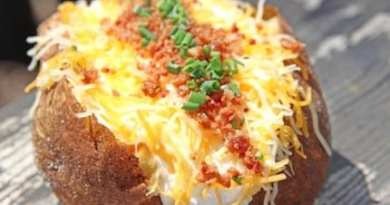 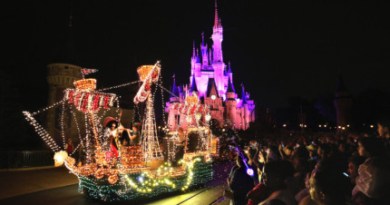 May The Fourth Be With You

May 3, 2014April 16, 2020 Scott 0
The Main Street Mouse
%d bloggers like this:
We use cookies to ensure that we give you the best experience on our website. If you continue to use this site we will assume that you are happy with it.AcceptPrivacy Policy