When October rolls around, my favorite season of television begins.  From the television shows about the world’s scariest places, ghost hunters and all the different horror films, I love watching them all.  Growing up in the 80’s,  I wasn’t a big horror film watcher.  I did see the Jason and Freddy films, and here and there saw other films, but there were many that I never saw.  Michele was the opposite, she has told me many stories about her and dad going to the video store (remember those?) and finding some scary film to go home and watch on a Friday night. 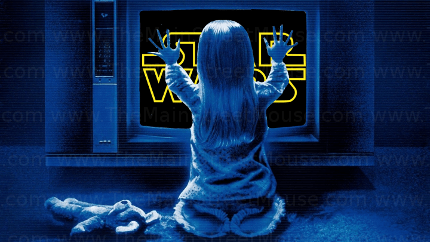 One of her favorite films from her youth was the 1982 Poltergeist.  I personally never saw the film, I did see part 3 but watched it without knowing the original story. One day while at FYE, going through their sale bins I came across Poltergeist for $5, and I grabbed it so I could finally watch it.  On Saturday night, we put the DVD on and sat back to watch the film.

One of the first things I noticed right away, the son was a BIG Star Wars fan.  From his Star Wars sheets, to seeing his figures on his shelf behind his bed.  Michele and I were talking during the film as I was curious to the release of the film.  I realized it must have been after The Empire Strikes Back as I noticed one of the toys was a Tauntaun that was used on Hoth and also I saw the Han figure with his Hoth jacket.

Michele kinda laughed at me, because I noticed that.  I also saw that he had the Darth Vader Action Figure case that I had myself as a child, and wish I still did.  The difference I did notice, his had the red eyes.  Also the jacket he threw over the clown in the chair had a Chewbacca patch on the back.  At one time you see different ships from Star Wars, a Darth Vader poster and toward the end of the film, Carol Ann had the Luke Skywalker figure in her mouth.

It’s no secret at all that Steven Spielberg, the writer of Poltergeist, and George Lucas are very good friends.  Steven was one of the first people to believe in George’s dream and also assisted him in the creation process of Star Wars.  Since then Spielberg has put many references in different films to Star Wars and Lucas has even paid homage to Spielberg in Star Wars films. 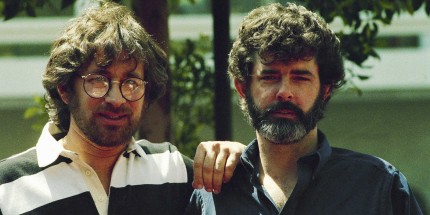 They even had a trade off, in ET there is a Yoda reference on Halloween so Lucas included the ET creatures in Episode I: The Phantom Menace. 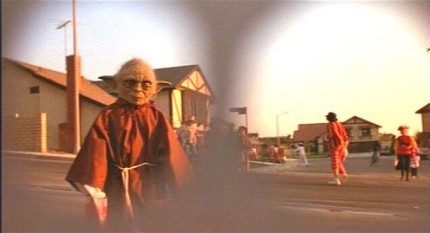 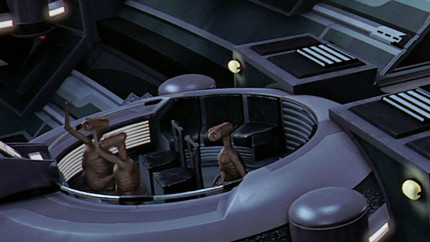 All the references made me start thinking…  how many other movies have had references to Star Wars somewhere in the film?  I can’t think of another series that had been in so many other films, and the list is even longer than I imagined.  I went to Google and just searched “Star Wars Reference in other movies” and found a page on the Star Wars Wiki with all the films listed and what they were.  The reference may be a line in the film or maybe something based off a character from Star Wars.  Either way, it’s a shout out to Lucas and his saga.  There are so many references, I couldn’t possibly list them all, but a few of my favorites include: 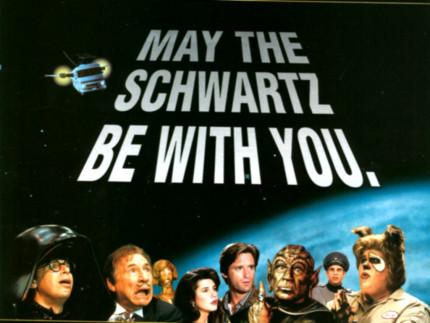 George Lucas could have never imagined his movie would ever be the hit it’s become.  From the collectors to the conventions, fans are everywhere.  All the Star Wars fanatics are excited for Star Wars VII: The Force Awakens.  Soon you will probably see different news outlets showing fans lining up for the film to be the first to see it.  Everyone will be waiting to hear the first reviews and see if it matches up to Episode IV, V and VI standards or what happened with Episodes I, II and III.

When Revenge of the Sith was released, I thought that was it.  There would never be another Star Wars film.  The Saga was over and i’m sure there were fans everywhere who felt that same way.  I’m glad Disney brought a new life to the Star Wars Universe.  I’m glad they can keep this going for years and years, as long as the fans will still want more I think we will get it.  It’s been 38 years since the first film came out, I don’t think the fans are going anywhere.  If we could make it through the Jar Jar disaster, we can make it through any, but hopefully we won’t have to.  We are about 65 days away from the release of Episode VII, get ready World the Force is strong with this one. 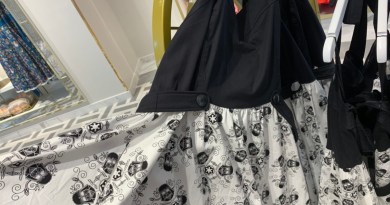 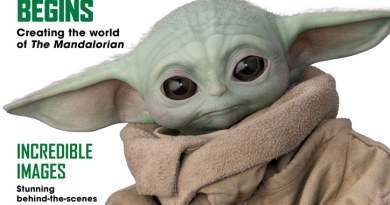 GET ALL THE INTEL ON THE CLIENT AND DOCTOR PERSHING IN THE MANDALORIAN: GUIDE TO SEASON ONE 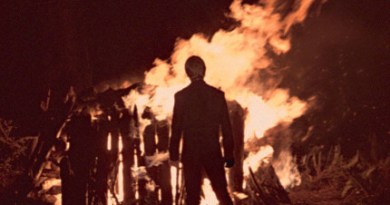 Magic Kingdom Park: Home to the Most Romantic Fairytale of All-Time

February 14, 2020April 14, 2020 Guest Blog 0
The Main Street Mouse
%d bloggers like this:
We use cookies to ensure that we give you the best experience on our website. If you continue to use this site we will assume that you are happy with it.AcceptPrivacy Policy