As the leaves change color and a certain spiky chill fills the air, things begin looking and feeling a little bit more like the Halloween season. This means that pumpkin carving, trick-or-treating, and watching your favorite spooky movies are just around the corner. And if you’re a Disney fan, one of those movies will undoubtedly be Hocus Pocus, the live action Disney film released back in 1993 that centers around a trio of resurrected witches in present day Salem, Massachusetts (played by Bette Midler, Sarah Jessica Parker, and Kathy Najimy).

Hocus Pocus has remained an enduring cult classic, with repertory screenings and, this year, a live stage show at Walt Disney World called the Hocus Pocus Villain Spectacular (running through November 1 as part of the Mickey’s Not-So-Scary Halloween Party at the Magic Kingdom). Another incredible bit of Hocus Pocus-y witchcraft is a series of limited edition tees that were just released by the Disney Store (hurry, they’re only here until Sunday). There are three costume tees focused on the witches’ wardrobe from the film and another, super cool tee devoted to the Sanderson Sisters Witch Museum (available in fall-ready sweatshirt form, too!)

We loved the tees so much we jumped on the phone with Richard Terpstra, the super talented designer of the tees (we had previously spoken to him about his equally incredible Haunted Mansion design), to talk about where the design came from, why Hocus Pocus has endured and what his Disney-related Halloween plans are. 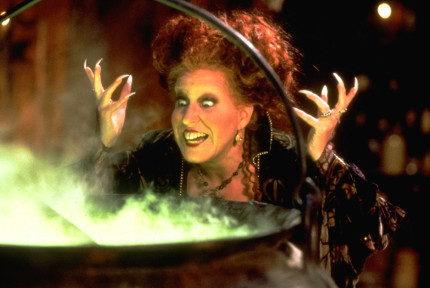 So Hocus Pocus: did you know that the stage show at Walt Disney World was happening before you designed the tees?

Nope! We had a meeting and we had been pushing, for a long time, for a Hocus Pocus shirt concept. And it was really funny because while we were in that meeting and we decided to do it, someone else said that Entertainment had contacted them about Hocus Pocus. That was our first inclination that something was happening inside the park for the Halloween season. We had already been in development, but once we knew that it was going to be a stage show and we knew that the Sanderson Sisters were going to be a main focus of it, that’s when we worked with the archives and the costume department here. We went over to the costume department and spend a good five hours digesting, taking great reference photos, talking to the costume department, working with them. So it was a really great relationship between archives, costuming, and entertainment, here at the parks. It was awesome.

Why do you think Hocus Pocus has endured?

I was there: Friday, July 16, 1993, me and my little sister, front row. Our family has a passion for Halloween season. And I think over time when you think of family fun and you think of the holiday season and Halloween in particular, you think of Hocus Pocus. I think it really embodies everything for Halloween, between the costuming and the decorations; it’s the ultimate fantasy of what Halloween should be in every town across America. I think a lot of us remember a time when Halloween used to be like that. I remember, as a child, trick-or-treating and having the houses be really themed out and in the streets there were just tons of kids. So watching it, for parents it’s really nostalgic and for kids it’s just fun.Hocus Pocus is just amazing. 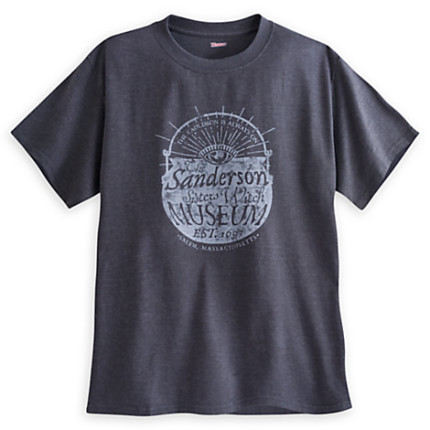 There is an additional design, which is the Sanderson Museum. Can you talk about that?

Well we knew that there was a demand for costume tees for the female demographic, and while we would have loved to have done a costume tee for Billy, that costume doesn’t exist anymore. And the shirts themselves are working from the original photos we took from the original costumes. We could have done an artistic interpretation but since we decided to go the photo real route, there wasn’t any reference. But we wanted a unisex feel and we wanted to do something a little vintage and a little advertisement-like, so if you were living in Salem, Massachusetts and opened up a newspaper this would like an advertisement. We added some distressing and some vintage wear and tear. And it spoke to the older demographic which was great.

You have a love of the spookier side of Disney. What do you do for Halloween?

I go to the Not-So-Scary Halloween party, but not on Halloween because it’s just too crazy for me. I actually stay at home and have a movie marathon and I have a series of Disney movies that I absolutely love to watch in order for Halloween. Usually they’re the creepier Disney movies. So I watch those and really enjoy those. There used to be this amazing Halloween special that they used to do, I believe it was Disney’s Halloween Treat and it was basically a clip show of animated shorts; it had the “Night on Bald Mountain” scene fromFantasia. It was amazing. Unfortunately they don’t have the DVD of that. It is the ultimate Disney Halloween must-see, followed by Hocus Pocus.

What besides Hocus Pocus is part of your marathon?

Usually it’s chronological by year so I start off with Watcher in the Woods and then I follow that up with Return to Oz. Then I watch Something Wicked This Way Comes. And if I have time I’ll squeak in Black Cauldron and “Ichabod Crane” [from Ichabod and Mr. Toad] and finish it with Hocus Pocus. That’s usually how I go. 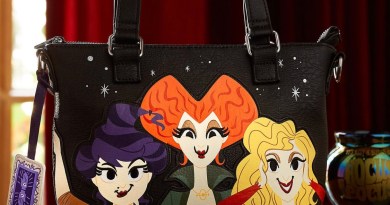 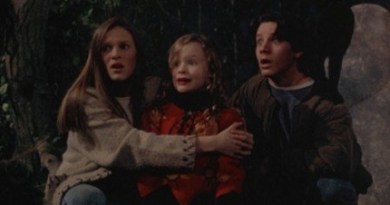 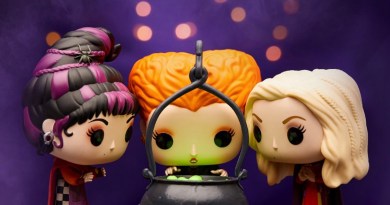 April 17, 2019April 16, 2020 Michele 0
The Main Street Mouse
%d bloggers like this:
We use cookies to ensure that we give you the best experience on our website. If you continue to use this site we will assume that you are happy with it.AcceptPrivacy Policy