Whether you’re familiar with the Disney Infinity video game series or you’re brand new to them, the latest edition, dubbed Disney Infinity 3.0, will blow you away. You’ll notice from the second you put in the game disc just how different this experience is: everything looks amazing, with bold visuals and a robust soundtrack. These early moments characterize the game as a whole: it feels like a spiritual successor to the older iterations of the game, but provides an even more complete experience. Disney Infinity keeps getting better with each installment and 3.0 is easily the crown jewel of the series. 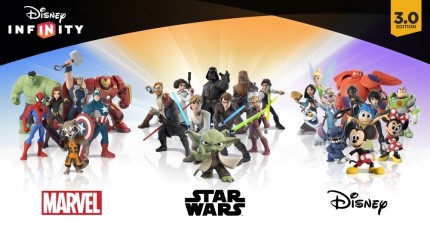 If you’re new to the Disney Infinity universe, let us briefly explain the core game mechanics: the game is roughly divided into two halves. The first half consists of play sets, with a more structured style of gameplay and a straightforward game narrative. The second half of the game is the Toy Box, where toy versions of your favorite characters interact and where you can create your own, incredibly dense levels using designs that you come up with. (We recently attended the annual Toy Box Summit and we can say that it’s genuinely awe-inspiring what committed users can come up with.) Each edition of the game adds more and more characters to play with, with the first edition comprised largely of classic Disney and Disney•Pixar characters and the second adding characters from the Marvel universe. For Disney Infinity 3.0, the game is adding characters from a galaxy far, far away.

Inherent to the Disney Infinity experience are small, action figure-like characters that are placed on an electronic gamepad that you plug into your respective system (Disney Infinity3.0 is available for Microsoft Windows, PlayStation 3, PlayStation 4, Wii U, Xbox 360, and Xbox One; we played the PlayStation 4 version). You can swap in different figures for different missions, since chances are that they have a specific move or ability that can help you traverse part of the world, and in the Toy Box mode, where imagination runs wild, it’s fun to mix and match characters in fun and unexpected ways. As an added bonus, every figure from previous installments of Disney Infinity can be used in the Toy Box, which is beyond awesome.

When Disney Infinity 3.0 comes out today, there are some wonderful play sets that will be available (and so many more will come out throughout the year, including one themed to Star Wars: The Force Awakens, out this Christmas). First and foremost, there’s the “Twilight of the Republic” play set. This play set, set shortly after the events of Star Wars: Episode II – Attack of the Clones, it comes with figures of Anakin Skywalker and Ahsoka Tano, who come across a reactivated droid factory (and a labyrinthine conspiracy associated with said factory). The format for this adventure is a straightforward action game, with lots of emphasis on Force powers (the Force push/pull mechanic is a joy) and potential to explore tangential missions outside of the main narrative thread. (The “Rise Against the Empire” play set, featuring characters like Han Solo and Chewbacca, is released at the end of the month, or in a massive Star Wars box set right away.) In addition to the stars of the Star Wars prequels and original trilogy, there are figures for Star Wars: Rebelscharacters that interact with the same levels. (Some of these figures are retailer-exclusive, so it could take a little time to track all of them down, but it’s very worth it. We especially love our Sabine figure.) Everything about this play set feels fresh and new, with improved gameplay and graphics and a seemingly endless well of fun and adventure. We are hard pressed to think of a recent Star Wars video game that was this much out-of-control amazing.

The other big play set available on day one is the Inside Out play set. What makes this play set so fun is it’s so different from the other play sets in Disney Infinity 3.0, which tend to be more action-based (there’s a Marvel-themed play set out in mid-November). Instead of an action game, Inside Out is more of a puzzle platformer. The different characters can each accomplish different things in these levels: Anger has the ability to walk on lava, while Sadness can fly around on her rainy cloud. There have never been levels like this in any previous Disney Infinity installment, but it’s not just the variety of game play that makes these levels such a joy (sorry, we couldn’t resist); they’re also really well-constructed levels and inspired by elements that the Inside Out filmmakers toyed around with but ultimately abandoned (like Riley’s fascination with music). Some of these Inside Out levels are like playing through deleted scenes from the movie.

Over in the Toy Box, there are also some quietly revolutionary features. The Toy Box is an area of endless possibility, even more so this time around. What makes this iteration of the Toy Box so thrilling is that it allows you a seemingly unlimited amount of entertainment value just playing around in the wacky sandbox that is the Toy Box, but also is very handy in explaining how to make your own levels and experiences. Our experiments didn’t turn into the awe-inspiring creations that we witnessed at the Toy Box Summit (we’re not exactly advanced), but at least the fundamentals were there and taught to us in a very easy-to-understand way. There are a lot of lovely new additions to creating Toy Box levels, too, like the “path” function that allows you to purposefully direct characters, vehicles, and camera movements (for cinematic cut scenes) and improved mechanics. There are also new play sets for the Toy Box, with the Toy Box Takeover (available tomorrow, but only if you’ve pre-ordered) allowing all of the villains come together to wreak havoc on the Toy Box and, even more tantalizingly, the Toy Box Speedway (coming soon), which sets up kart-style racing within the Toy Box. This will be so fun.

What should be emphasized, again and again and again, is that we have just scratched the surface of what Disney Infinity 3.0 has to offer. Not only will new figures, play sets, and Toy Box challenges be released over the coming months, but we haven’t even really dug into the available play sets. In fact, as soon as we finish this piece, we’re going to head back into the Toy Box and try to build a worthy level (and if not, we’ll zoom around the galaxy using the Force or maybe take a trip inside the mind of an 11-year-old girl). Disney Infinity 3.0 is positively overstuffed with awesomeness; there are more levels and experiences and modes of game play than you could find in a whole season’s worth of disparate video games. And they’re all here, in one game. Disney Infinity 3.0 isn’t just the best game of the series but it seems like a bold promise of innumerable avenues future versions of the game could go. Wherever Disney Infinity is headed, we’ll be there. 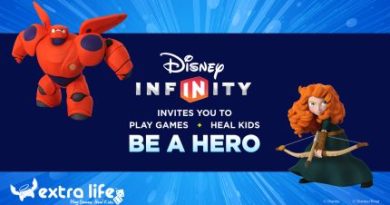 Be a Hero with Disney Infinity & Extra Life! 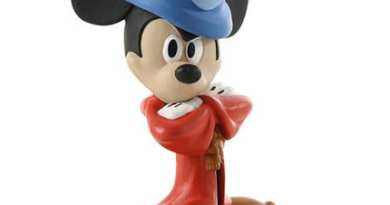 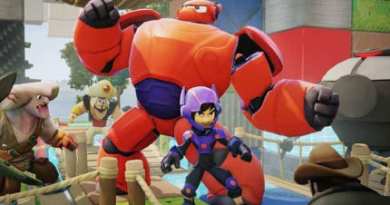 #DisneyMagicMoments: Conjuring Up the Magic – Recipes for Your Halfway2Halloween Celebration

May 7, 2021May 7, 2021 Guest Blog 0
The Main Street Mouse
%d bloggers like this:
We use cookies to ensure that we give you the best experience on our website. If you continue to use this site we will assume that you are happy with it.AcceptPrivacy Policy