There are some must-visit booths at this year’s D23 Expo. And then there’s the Cyclops Print Works booth, a booth that is downright essential for any Disney fan or print collector. The company, partially founded by former Disney employees, sells officially licensed fine art prints from some of the most talented artists working today. A couple of weeks ago, they made a splash with a jaw-dropping Lilo & Stitch print by the wonderful Tom Whalen (a silvery “sunset” variant will be sold during D23 Expo, so fret not if you missed your chance) and they are really bringing the heat with their D23 Expo booth.

We’ll be showing you some of the new artwork this week, beginning today with an exclusive look at artist Dave Perillo’s ode to the musical masterpiece Fantasia. We got the chance to speak to Perillo about the piece and his print celebrating the Oscar-winning animated short “Feast.” As an added bonus, we have included information about how to get your hands on these gorgeous prints while attending D23 Expo. 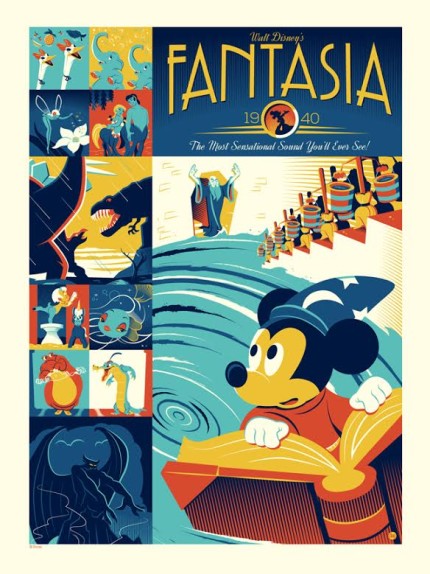 Perillo is an incredibly talented artist known for his bold, graphic approach to the material and his style does wonders for both projects. “Feast” is broken down into simple moments, with a lovely presentation of the short’s title treatment, while Fantasia manages to wedge in a number of moments from Walt Disney’s classic musical experiment, while giving center stage to Mickey Mouse in the sorcerer’s hat. Both pieces are powerful and beautiful, with the extreme stylization never undercutting either’s emotional core.

We were lucky enough to chat with Perillo about the pieces, attending the D23 Expo, and what spoke to him about both films.

Can you take me through both of the pieces—how did you decide what size they were and what the general style would be?

“Feast” is 10” x 20”. They wanted a little smaller piece and I figured that it would be a good one to do as a smaller piece because it’s a short film and you only have about six minutes of stuff to work with, in terms of imagery. So I figured doing a small piece would be good. Fantasia is 18” x 24”, which is one of the standard sizes for screen-printed posters.

Both “Feast” and Fantasia offer pretty rich source material. Was it hard to distill them into a few images?

Yeah, Fantasia was trickier than “Feast” was. Because “Feast” is a six-minute short that has a progressive story so I could build off of that, where the top of the poster it starts and the bottom of the poster is the end of the short and it just flowed that way. But for Fantasia, it’s so many segments with so many different styles that I kind of wanted to get as much of the movie in there and as much of the iconic imagery of the film as I could. I’ve done that format before on some other pieces, so I tackled it that way to get as much of the movie in there. Some things from Fantasia don’t translate that well to a poster, like when they’re talking about the soundtrack and it’s just lines on a screen. A lot of it works better in motion than a still image, so I tried to pick things that work better for still imagery.

I’m sure there are some artists who would have been able to handle it in a style but I don’t think it would have worked with how I do stuff.

Was Fantasia always one of your favorite Disney movies?

Well, it’s funny. It’s a classic but one that I hadn’t seen since I was a kid. So I went back and watched it again, because you remember stuff like the Sorcerer’s Apprentice and Night on Bald Mountain but there are other things that I completely forgot about when I was little. Like the whole Mount Olympus section I had forgotten about and the dinosaurs segment. So that stuff was neat to revisit. It sparked my imagination again. It’s a beautiful film and seems very ahead of its time, especially when watching it now, that something like that was made in the ‘40s. It’s a nonlinear film that’s an orchestral musical piece. It’s brilliant. And so different than a lot of the Disney stuff; it shows you how innovative they were, even back then. 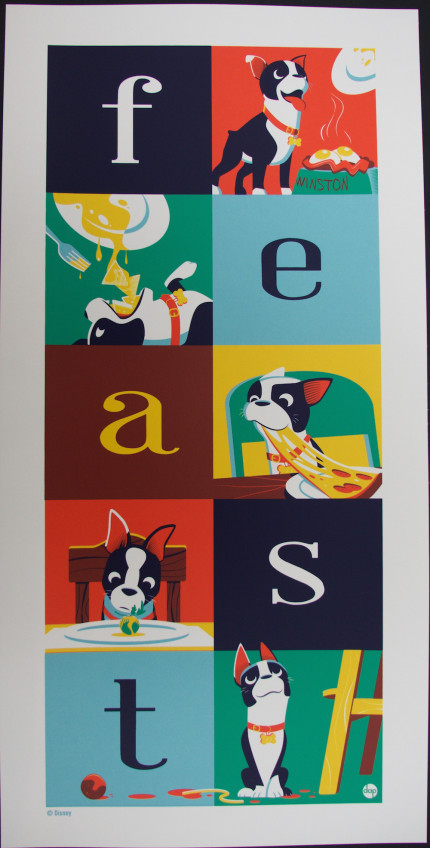 What attracted you to “Feast?”

Well that was on the front of Big Hero 6 and I remember seeing it and is just a gorgeous little short. It gets me choked up every time I watch it. They asked if I wanted to do one of the shorts, because the collection is coming out, and I wanted to do “Feast.” It’s cute, it’s funny, it’s got a lot of heart. There’s not really any dialogue to it and it’s from the point of view of the dog and that’s what I really liked about it. So I wanted to do a poster that was all from the dog’s perspective, where you take little scenes from his journey.

You’ll be at D23 Expo this weekend, doing signings and engaging with fans. Is that something that you’re looking forward to?

Yeah! I like it a lot. I live on the East Coast so it’s always fun to go to conventions and meet different people and it’s always nice to say hello to people who buy my art. A lot of times you work from home, as an illustrator, day to day, and you don’t get to interact with people. So it’s nice.

Is there anything else you’re looking forward to at D23 Expo?

I’m going to try to make it to the parks. I always like to try and get out there at least one day when I’m on the west coast. And I’m doing signings at the Dream Store as well as Autograph Central, through the Wonderland Gallery. So there are quite a few signing spots on Friday and Saturday. 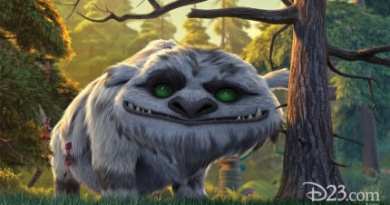 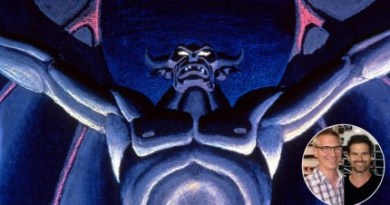 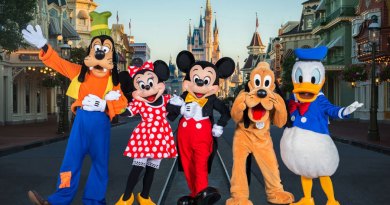