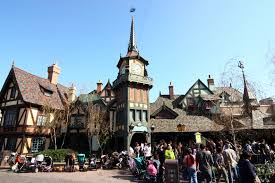 Peter Pan’s Flight is an undeniably enduring attraction. It debuted on July 17, 1955 as one of the very first rides at Disneyland and has remained a staple of the park ever since, inspiring similar attractions at Florida’s Magic Kingdom at Walt Disney World, Tokyo Disneyland, Disneyland Paris and, next year, Shanghai Disneyland.

And it’s easy to see what makes it such a classic; this ride captures the spirit of the animated Peter Pan film, while also providing a gentle sensation of flight, as you ride past the twinkly London lights and soar above Never Land and its colorful residents. It’s a triumph of imagination and one of the most artful, timeless Disney attractions ever.

All of this makes the recent addition of show scenes and visual effects, under the umbrella of the New Magic initiative that brought show-stopping embellishments to both the Haunted Mansion and Matterhorn Bobsleds (for the park’s 60th anniversary Diamond Celebration), an even bigger event. Fans of the classic ride won’t be disappointed, the Imagineers have maintained everything that you loved about the original attraction and made it significantly more magical. Show scenes are more alive, with more motion, sound and energy, while an enchanting new story beat is added just before the Darling children take off for Never Land.

In fact, there’s so much stuff that when we went and saw the ride a few weeks ago at a Cast Member preview (shortly before it opened for the public over the Fourth of July holiday weekend) that we weren’t able to properly soak everything in. Something tells us that it will be many, many more rides from now that we can fully appreciate everything that has been added to the attraction. Every moment has been embroidered with pixie dust.

We were lucky enough to chat with Elisabeth Papadopoulos, from Walt Disney Imagineering, who served as Producer and Production Designer on the Peter Pan’s Flight New Magic project, and spoke about how the attraction was selected for New Magic love, the additional scenic elements that were added, why she thinks the attraction has endured, and what eagle-eyed Disneyland visitors should keep an eye out for.

How did Peter Pan get selected for New Magic? And what was the thought process of what to add after it was selected?

Imagineering has a rich tradition of adding New Magic into our attractions throughout our parks, over the course of many years. Part of Walt Disney’s philosophy back since the ‘50s was to continue to delight our guests with New Magic elements so that all of his parks would be living entities that continue to be updated with elements that will keep things surprising with our guests. That’s the overall backstory of New Magic. And then Peter Pan’s Flight, this is a legacy attraction that has been a long-time favorite with our guests at Disneyland. It’s one of those attractions that is so inspiring for guests and equally inspiring for Imagineers. I think it’s one that our creative directors just couldn’t wait to get hands on. It’s an attraction that we wanted to get into and add some New Magical elements.

I would say that we’ve added things, throughout the entire attraction, since both London and Never Land are certainly coming to life in new ways. But if you wanted to isolate one scene, the nursery has a number of new elements as well.

Can you talk about adding these new technologies to a ride that has been there since opening day?

Throughout Peter Pan’s Flight, Imagineers wanted to make certain that we were incorporating new technologies in ways that made sense. We never want to incorporate technology just to do so. Let’s start with the nursery: in the nursery scene as guests take off and fly through the Darlings’ bedroom, there are new audio-animatronics of the Darling children. It was really exciting for us to share this moment and to show the narrative impulse for that flight.

Throughout the attraction you do see Tinker Bell in ways that we’ve never previously shown. So you’ll see her flying above the kids in the nursery. We have pixie dust falling down on them and that was a way to incorporate some wonderful new technology in a way that helped us tell that particular story point.

We wanted London to come to life in ways that it hadn’t previously and to give a new sense of dynamism to the scene. So that inspired us to find ways to incorporate technology to have the Thames River moving through London, to have the moonlight sparkle on the water, to have the children actually land on the clock tower minute hand and to have that dialogue moment where Peter tells Wendy where she should look to see the second star in the distance. And also to incorporate that same visual for guests that the Darling children get in the Peter Pan story of seeing the “second star to the right” in the distance and gaining the magical power of flight to be able to reach for it. So that was all really fun.

And in Never Land, we wanted to make certain that all of the natural features of the island would sparkle with this new life. So we made sure the waterfalls would be flowing and the lagoon water would sparkle in the starlight and the rainbow would be glowing in the distance and the volcano would come to life.

Is there a single new effect or moment in the attraction that is your favorite?

That’s a really tricky question to answer because there are so many moments that are so fantastic. And I think what’s really special about this attraction is that there are so many details. For example, when you were able to ride, did you just have one opportunity?

Yeah, just once, but I fully intend on going back.

That’s what we want. I think that the first time a guest rides, he or she might notice the big elements and by the fifth or sixth time he or she rides, the guest might encounter entirely different details. There’s so much texture to what the Imagineers were able to install in Peter Pan’s Flight that every time you go through you’re going to notice something different. For example, the first time you go through Never Land, you might notice the waterfalls or the flowing lagoons but maybe on your third or fourth ride through you might also notice that there’s the shadow of the crocodile circling the Jolly Roger under water. And you’ll see the canon actually fire. There are these little storytelling moments that make the attraction so rich and that, for me, is probably the most special element of what we were able to do in this project.

What do you think was the magic of that initial attraction?

For me, Peter Pan’s Flight is about the magic of childhood. Who as a child wouldn’t want to fly out of their bedroom window and off to a magical land in the stars? It captures this essence of playfulness and wonder that is innate to us as children. Throughout our lives, we have this nostalgia for childhood and Peter Pan touches on something that is universal in celebrating that sense of wonder you have when you’re a kid. 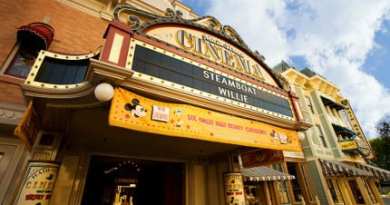 How Well Do You Know… Disneyland’s Main Street, U.S.A.? 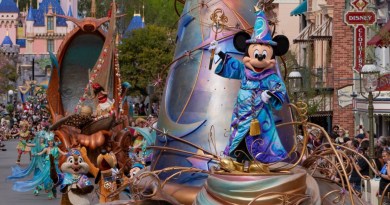 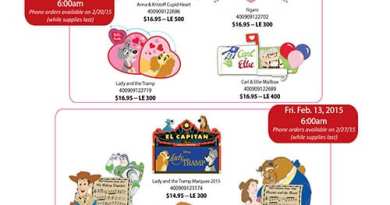 July 29, 2015April 14, 2020 Michele 1
The Main Street Mouse
%d bloggers like this:
We use cookies to ensure that we give you the best experience on our website. If you continue to use this site we will assume that you are happy with it.AcceptPrivacy Policy