From Mouse to Marquee: Act 1, Scene 2: The Beauty and her Beast take the Stage by Addie Clark 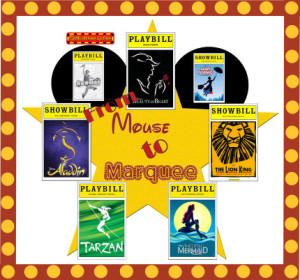 It is November 1991. The release of Walt Disney’s 30th animated feature film is imminent and that film will make history in more ways than one. It would become the first animated film to be nominated for the Best Picture of the Year Academy Award (which wouldn’t be accomplished again for 18 years) and it would become the first project of Disney Theatrical, which didn’t even exist yet.

Prior to this, Robert Jess Roth, who would direct the stage adaptation of Beauty and the Beast, along with choreographer Matt West and scene designer Stan Meyer, pitched “Touchstone Theatricals” to Michael Eisner and Jeffrey Katzenberg. Eisner, thought he thought it was a good idea, considered it too risky, since Broadway shows often take a long time to actually make money. But Eisner told Roth “I’m saying ‘no’ now, but you can ask me again.”

Instead, Roth and his team went on to design 30 minute stage shows for the parks. After each of these shows premiered, Roth again asked Eisner about Broadway. Eisner finally countered back, asking what Disney property Roth would start with. Roth said Mary Poppins. But while they were working on Mary, Beauty and the Beast opened in theaters and Eisner instructed the team to start working on that instead.

The same day as the film opened, then-MGM Studios at Walt Disney World in Orlando premiered “Beauty and the Beast Live on Stage.” The show was fully staged and costumed, containing some of the main songs by Alan Menken and Howard Ashman from the movie. In April of 1992, a similar show would premiere at Disneyland in Anaheim. This show would use a different script, set and costumes, and would serve as the base for what would become Beauty and the Beast, the Broadway musical.

Director’s Note #1: Stephanie J. Block was the original Belle in the Disneyland production. Block would go on to star as Liza Minelli in The Boy from Oz, Elphaba in Wicked and appear in 9 to 5: The Musical and the revival of The Mystery of Edwin Drood, the latter of which would earn her a Tony nomination in 2013. 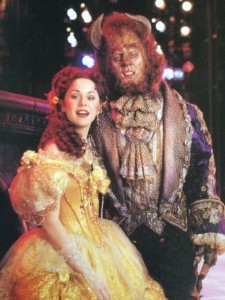 The park stage shows were not the first indication for the success of a Broadway run. The New York Times wrote in 1991: “What is the best Broadway musical comedy score of 1991? Make no mistake…it is the score that Alan Menken and Howard Ashman wrote for Beauty and the Beast, the animated Walt Disney movie that opened this week.” Alan Menken, the film and show’s composer, has even said that numbers like “Be Our Guest” and “Gaston” are written to be big stage numbers.

With the original screenwriter, Linda Woolverton, on board to write the book of the musical, and Alan Menken enlisting the help of Tim Rice to write additional songs (since the film’s original lyricist, Howard Ashman, had passed away before the film’s opening), conceptualizing the stage adaptation began. The stage adaptation includes new songs by Rice and Menken, but also includes “Human Again”, a song treasured by Ashman, but cut from the film due to time. Woolverton has said that one of the greatest challenges was reimagining the enchanted objects so that they could be played by actors, but that she enjoyed being able to explore each character more than a 90 minute animated feature allows.

In 1993, the Disney Theatrical Group (what Roth had pitched as “Touchstone Theatrical” 3 years earlier) was born. In November 1993, the company of Beauty and the Beast went to Houston for an out of town tryout, typical for all Broadway bound shows to gauge audience reactions and refine creative decisions. On February 2, 1994, Jeffery Katzenberg announces at a press conference that Disney intends to purchase the New Amsterdam Theatre. This is a signal to the Broadway community that Disney intends to stay on Broadway for a while.

On April 18, 1994, the stage musical opened on Broadway at the Palace Theatre and was an immediate success, garnering 9 Tony nominations (winning one for Best Costume Design), mixed criticism, and love of its audiences. A London production and National Tour soon followed. There have been a total of three national tours, the last of which is still playing across the U.S. today.

Director’s Note #3: The production closed once during its run to move theaters. It closed from September 5, 1999 to November 11, 1999 to move from the Palace Theatre to the Lunt-Fontanne Theatre.

After 46 previews, and 5,461 performances, the musical closed in July of 2007 to make way for Disney Theatrical’s next adaptation that year, The Little Mermaid…but more on that later. To this day, it still holds the record for being the 9th longest running show on Broadway. The show has played in 14 countries and 116 cities. It has grossed more than a billion dollars worldwide. And its magic can be seen in local theaters across the country, which is how I first experienced it.

Next week, we’ll go behind the curtain to meet the cast who brought these characters to life over the course of its 13 year run.

TMSM is thrilled to give it’s readers a chance to experience it’s new series “From Mouse to Marquee” written by Addie Clark. If you have missed out on any segments of “Mouse to Marquee” you can find them all here in our archives! 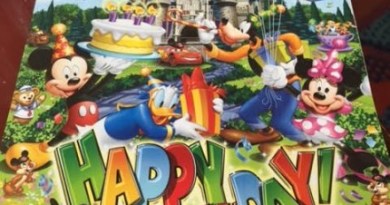 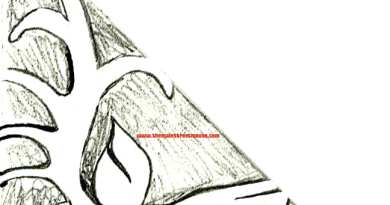 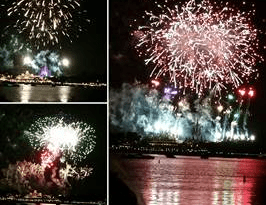 January 4, 2022January 4, 2022 Sean Sposato
The Main Street Mouse
%d bloggers like this:
We use cookies to ensure that we give you the best experience on our website. If you continue to use this site we will assume that you are happy with it.AcceptPrivacy Policy