Walt Disney World went all out for the Millennium Celebration. Most of their special events took place at Epcot, including the addition of Mickey’s wand with the numbers “2000” being placed on top of Spaceship Earth, a new pavilion called Millennium Village, the fireworks spectacular Illuminations 2000: Reflections of Earth, and the parade Tapestry of Nations. These were created to celebrate the coming of the third millennium and bring about a feeling of unity between all nations and anticipation regarding the possibilities of our future. 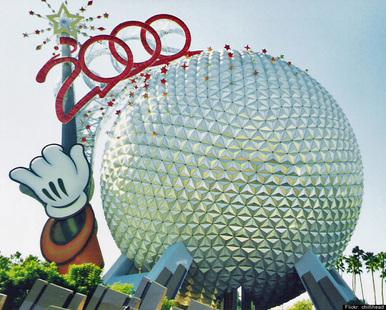 Although many of these additions existed only between October 1, 1999 and January 1, 2000, three of them remained, but in a different light. Firstly, Illuminations 2000: Reflections of Earth was eventually turned into Epcot’s primary evening show, given the new title Illuminations: Reflections of Earth and dropping the “2000.” This show still exists today (and is also my personal favorite firework show on WDW property). The wand atop Spaceship Earth was stripped of its “2000” and the title of the park, Epcot, was placed there instead. The wand was taken down permanently for the park’s 25th anniversary in 2007. Lastly, Tapestry of Nations was revamped into Tapestry of Dreams and ran for a short while until 2003.

For the purposes of this post, Tapestry of Nations/Dreams will be the focus of my discussion. I chose this for many reasons, but mainly because although I was only 6-7 years old, I remember the parades very vividly. Many people have either never heard of this particular parade, or have forgotten about it entirely. I intend to fix that.

The parade began as Tapestry of Nations,  opening on October 1, 1999 and closing on September 9, 2001. It focused on world culture and unity, showing off huge colorful puppets that were designed by Michael Curry, the same man who designed the puppets for Disney’s Lion King on Broadway. Along with the puppets, huge rotating drums on floats were played to the tune of the parade’s incredible soundtrack. Below are some of the original puppets from the show. The first character is the “Sage of Time” who led the parade in some crazy high stilts. Keep an eye out for my captions on the pictures! 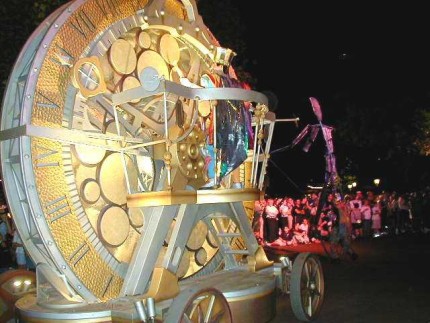 The super cool drum I talked about earlier! Yes, it spun. And yes, that guy actually played it!

When the Millenium Celebration came to a close, fans of Tapestry of Nations were happy to find out that Disney had the intention to recreate the parade. This time, the parade would be called Tapestry of Dreams in honor of the many dreams that Walt Disney had. In old footage, the soundtrack for the parade, and also in my memory, you can hear the voices of children say “tonight, we ask you to share your dreams with us, in honor of our very favorite dreamer, Walt Disney.” In this version, the “Sage of Time” was replaced by the “Dreamseekers” who would open and close the parade. They carried “dreamcatchers” (or nets) that children could put Dreamtale coins in. These coins were collected at the Kidcot children’s stations around World Showcase. Below are pictures of the “Dreamseekers”: Leonardo Columbus, Elfin, and Cosmo.

The parade was canceled in early 2003 due to a decline in popularity, crowd issues, and safety concerns.

In my mind, these two parades are just one more reason to love Epcot. I was blessed to have witnessed the beautiful tale that each of these parades represented with my own eyes. The costumes, floats, and music were truly breathtaking. DISNEY HEAR MY CRIES! Put another parade in Epcot! It doesn’t have to be Tapestry of Dreams (although a girl can dream), but I think the park could majorly benefit from a new parade celebrating the culture, future, and dreams that World Showcase has to offer.

Check out some footage of the original parades!
Thanks for reading! Feel free to leave comments below. 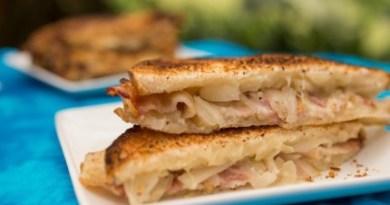 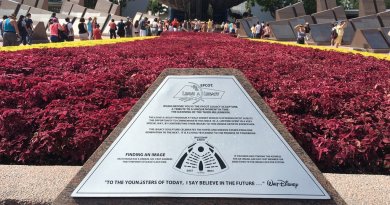 Tuesday’s With Corey ~ Leave A Legacy 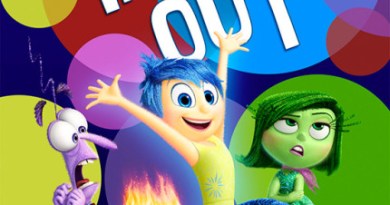 2 thoughts on “Lost Parades of World Showcase By Katarina Lautzenheiser”

Magical Express and Extra Magic Hours to end in 2021

June 13, 2016April 16, 2020 Michele 0
The Main Street Mouse
%d bloggers like this:
We use cookies to ensure that we give you the best experience on our website. If you continue to use this site we will assume that you are happy with it.AcceptPrivacy Policy