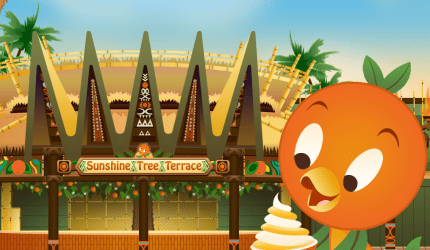 In 1969 Disney teamed with the “Florida Citrus Growers,” a Florida Citrus Commission faction that set about to create a brand new character that would feature prominently at the forthcoming Walt Disney World Resort. This deal, for a whopping $3 million, is how Orange Bird, a devilishly adorable bird, with a giant orange for a head and green leaves for wings, was born. The idea behind the Orange Bird was to promote Florida citrus growers and the Sunshine Tree Terrace in Adventureland at the same time. Orange Bird appeared as a walk-around character and on various pieces of merchandise; he was also the subject of an insidiously catchy pop song sung by former Miss America contestant Anita Bryant (the two also appeared in a series of commercials for Florida oranges) and written by the Sherman Brothers. Over the next decade the Orange Bird would appear in several educational shorts, if not deepening his legacy than at least forming a kind of cutesy familiarity with guests. In 1987, Disney and the Florida Citrus Commission parted ways and the Orange Bird’s fate was uncertain. Disney owned the rights to the character but would the Orange Bird ever see the light of day again?

The answer, of course, is yes. The character reappeared at Tokyo Disneyland in 2004 after a surge of interest in the character from Japanese fans. Merchandise began to creep back into the park as well and at the D23 Expo in 2012, it was announced that the Orange Bird would return to Adventureland at Walt Disney World, leading many parents who had visited the park when they were children having to explain to their kids who this cute bird was.

Orange Bird continued to appear on various items of merchandise but the excitement over his return waned until he vanished altogether (again). But fear not Orange Bird enthusiasts: it was announced last week that the Orange Bird would be returning to Adventureland in the Magic Kingdom, in part because Sunshine Tree Terrace and Aloha Isle Refreshments have swapped places. Not only is the Orange Bird back but he’s better than ever: he’s being returned to the Sunshine Tree Terrace marquee and will even have a new, giant-sized poster featured at the Magic Kingdom. There’s also going to be some brand new merchandise related to the character, as was revealed on the Disney Parks blog(some of it very limited edition, so act quick)!

We figured we’d finish off the week with some sunshine and smiles. Here’s a look at the new Orange Bird merchandise. Take a look at some of our favorite picks from Disney Store below, and let us know which are your favorites in the comments.

1. Orange Bird Sunshine Tree Terrace Poster on Paper (Walt Disney World – Limited Availability): This little guy is pretty adorable. We kind of want this framed all over the office.
2. Orange Bird Glass Pitcher: Perfect for pouring a tall glass of refreshing orange juice around the breakfast table. Mmmmm, orange-y.
3. Orange Bird Juice Glass Set: Gather your citrus-loving friends for some Orange Bird-inspired cocktails.
4. Orange Bird Figure: The perfect ray of sunshine for when you’re feeling blue.
5. Orange Bird Pillow: You’ll want to squeeze and never let go (don’t worry, orange juice doesn’t come out).
6. Disney Parks Attraction Poster Mug: Sip on the spirit of adventure with this classic Attraction Poster Mug, which also features some other Adventureland favorites.
7. Orange Bird Sunshine Tree Terrace Tee: Show your Walt Disney World pride with this naturally sweet tee (this is also a limited edition, so act fast).
8. Orange Bird Bowl: Eat your cereal with a side of sunny thoughts (and, yes, a glass of orange juice). How many times did we use the word “orange” in this post?

The Vans Disney Line Is Now Available For Purchase and We Know Where You Can Buy It! 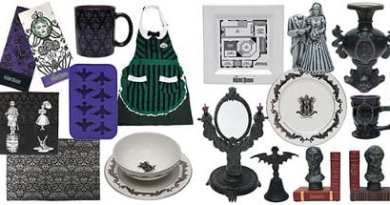 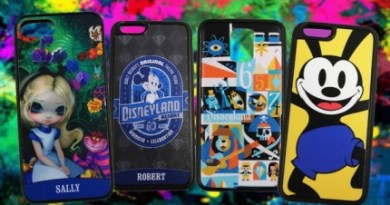 Illuminations at Epcot, with the amazing Holiday ending!

January 4, 2020April 14, 2020 Guest Blog 0
The Main Street Mouse
%d bloggers like this:
We use cookies to ensure that we give you the best experience on our website. If you continue to use this site we will assume that you are happy with it.AcceptPrivacy Policy