Last week we got to chat with Once Upon a Time’s Regina, Lana Parrilla, who’s been playing the Evil Queen for four seasons on the hit ABC show. She says the character is in her DNA, so we discussed everything from favorite set snacks to what we can expect from Regina during the second half of this season.

“Over the course of four years [Regina]’s grown quite a bit,” Parrilla told us. “The Evil Queen that we love to hate still resides somewhere inside of her but at this point it’s been overshadowed by this goodness, this light magic she’s discovered.” Regina has learned that there’s more to her than just evil. “At one point along the way she thought that this was her fate. She thought she was born evil, she was going to be evil, and [that was] just who she is.”

Her relationship with Henry, her son, helped her open up to the possibility that maybe that wasn’t the case. “What she discovered was that evil isn’t born, it’s made. There’s been more growth in the past four years than I think there has been in Regina’s entire life.” 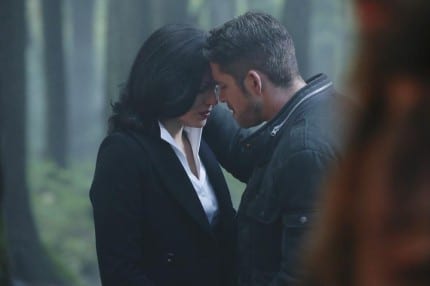 Although Regina is now “trying to do the right thing,” Parrilla says she sometimes misses that villainous side of the character. “As an actor it’s so fun to play.”

Speaking of which, we had to ask about Parrilla’s favorite on-set moments. And all of them involve clowning around with the rest of the cast. “We laugh quite a bit. We have a lot of fun. Josh Dallas (David/Charming) and I always turn into other characters. We goof off and play around. Bobby (Robert Carlyle, Mr. Gold/Rumplestiltskin) and I will always try to crack each other up…We’re always pulling pranks and trying to make each other laugh. Those are some of my best moments.”

The proof is in this blooper reel from season three:

When we last left Storybrooke (SPOILERS AHEAD STOP NOW IF YOU AREN’T CAUGHT UP WE ARE SERIOUS) some familiar faces were readying to wreak havoc. Cruella de Vil, Maleficent, and Ursula are coming to town. So what does this mean for Regina?

According to Parrilla, Regina’s going to be “battling with these evil tendencies. She’s teetering. Is she gonna stay good is she gonna cross over and join Team Evil? That’s where we are right now in the story. We’re not quite sure.” Team Evil sounded like a team that was both exclusive and dangerous, but Parrilla says “it’s been so much fun. Kristen Bauer [van Straten] (Maleficent) and Victoria Smurfit (Cruella de Vil), oh my gosh it’s just been a blast to have all the evils together.” 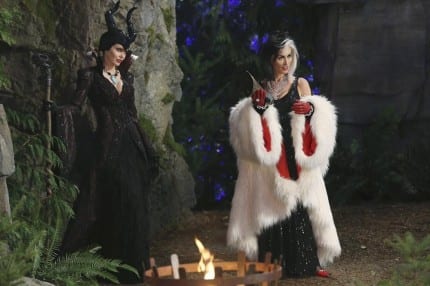 When we asked whether Parrilla preferred shooting in Storybrooke or the Enchanted Forest, she showed an interest in junk food that we both understand and appreciate. “I love both” she said. “I love being in the forest, even though it’s cold and it’s raining most of the time, there’s something so majestic about it. So enchanting. When we’re in Storybrooke, there’s a whole different energy. Sometimes we have two to three hundred people watching us. We have fans that line up to meet us. There’s something really fun about that. And, you know, if you want some fish and chips you’re located in the fisherman’s wharf and it’s easy to get some nice warm food.” We always want to get fish and chips. Lana Parrilla, please be our friend. 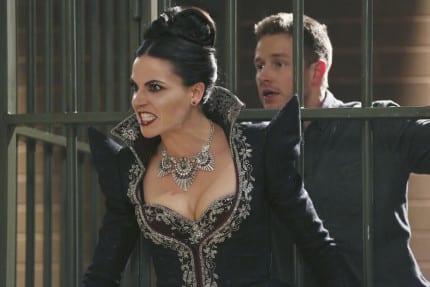 Our last question involved our inner-wannabe-thespian-side, namely what advice did Parrilla have for fans who want to become actors themselves: “I’m gonna give the same advice that was given to me when I was twelve-years-old. If this is something you really want to do, do it for the right reasons, which are not to be famous, but because you can’t live without it.”

We can’t live without Once Upon a Time, and we don’t have to for long–it returns Sunday, March 1 at 8|7c on ABC! 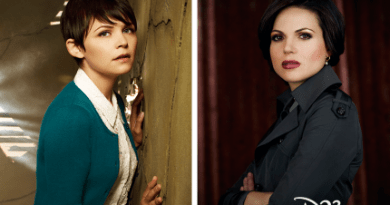 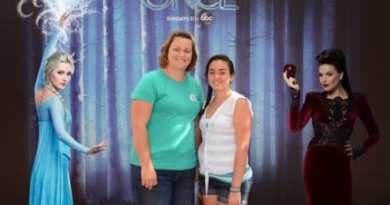 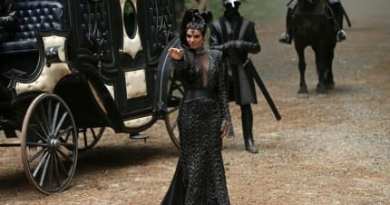 March 15, 2014April 13, 2020 Scott 0
The Main Street Mouse
%d bloggers like this:
We use cookies to ensure that we give you the best experience on our website. If you continue to use this site we will assume that you are happy with it.AcceptPrivacy Policy