We have been going to Hollywood Studios more often lately to see the progress on the removal of the Sorcerer Hat.  It’s sad to see an icon that has been there for so long being dismantled, but it’s also exciting to see the beginning of big changes coming to the Studios. 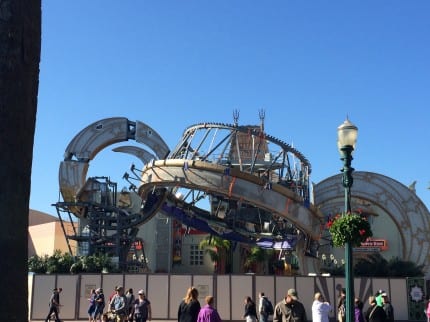 Over the last few months, there have been a lot that has left the Studios and they haven’t given guests any new options to replace them.  During the summer months, we had the Frozen Fun celebration, and even if you aren’t a fan of Frozen, or you saw the movie more times than you care to remember, it was still something to see and do.  From the small parade, to the dance party each night.  What about the stage show at the end of the night with some great fireworks?  Sadly it’s all gone. 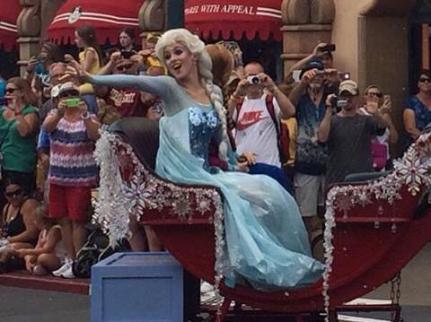 We also lost the Backlot Tour which had really changed over the years, but was still another attraction for the crowds to go to.  Another part that we lost which was related to the Backlot Tour was the AFI Showcase.  If you didn’t see it, it was just a museum of movie props at the end, but to me, who loves movie making and such, this was cool to see.  In addition to that the American Idol Experience and the Legend of Captain Jack Sparrow are both gone.  Remember the Sounds Dangerous attraction with Drew Carey?  That has been gone for some time. Now they are using the theater for a purpose, during the summer they did play an extended trailer of Guardians of the Galaxy and now it’s showing the extended trailer for Cinderella.  Good use but they need something permanent. 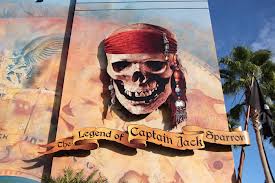 So what does that leave at the Studios?  Well there are some great attractions that you don’t even need a fastpass for, such as:

My big problem with the Studios is when it comes to Fastpass+, they have 2 different tiers to pick from.  Now, if you are unsure of what I mean, Disney took the attractions and rides at the Studio’s and separated them into 2 tiers.  You get to pick 1 from Tier 1 and 2 from Tier 2.  If you enjoy rides like me, you won’t get the big 3. When I refer to the Big 3 I consider them to be, Rock ‘n’ Roller Coaster, Tower of Terror and Toy Story Midway Mania (I know it’s a game, but still a ride of sorts).  Because RnR and Toy Story are in tier 1 you have to pick one or the other.  I know there are some parties though that because of kids or other reasons, you may pick better seating for Beauty and the Beast or Fantasmic instead.  Let’s not forget, the only remaining opening day attraction, the Great Movie Ride, it’s your Fastpasses, and you can use them how you want, but I would think you would use them on the rides with the longer lines.  For the “shows” the lines usually aren’t that long, but you have to get there early to get good seats for Fantasmic and Beauty and the Beast.

Now when you get to Tier 2, if you like rides then TOT should be the first choice.   In my opinion, it’s the best ride of the group.  While we were walking through the fastpass line for that recently, it was a 60 minute standby wait and I just wondered, if you know you want to ride it, why wouldn’t you get a fastpass for it?  I know they do run out of fastpasses, but this was early in the day and the park wasn’t that busy to not have any left for the day.  I understand guests want to get fastpasses for the rides or attractions they want to make sure to get on, but who would use your 2 fastpasses on attractions that have a much shorter wait time than TOT? It’s interesting.

I understand why they have the tiers, regardless if I agree or not, I do understand.  They need to keep the traffic of people flowing, but the issue is that there isn’t much to do at the Studios like there was even a year ago.  The rides that closed may not have been big draws, but any draw kept the lines down on the others and that helped everyone at the park.  Now you go up to Muppets and it’s a 20-30 minute wait.  I’m not saying that is a long wait, but I remember it always being 5 minutes.  I think now people are going on it because there is nothing else to do. Star Tours is another one, it should never be a 45 minute wait, but again it’s that way because there isn’t much else to do.  I actually saw the line all through the turnstiles of the Ewok Village outside the building, I was in shock.

I know there are great things coming to the Studios, at least that is the speculation and rumor.  Not that I believe all the rumors, but some do have merit.  Part of the rumors also involve losing more of the attractions. My question to all though, is Disney’s Hollywood Studio’s worth the same entrance fee that Epcot and Animal Kingdom charge and just $6 less than the Magic Kingdom? I hope Disney starts to give the guests something more at the Studio’s to do, or at least tell us what is coming so we have something to look forward to, even if it’s years away.

In case you’re curious about the exact Tiers of rides for the Studios, here they are: 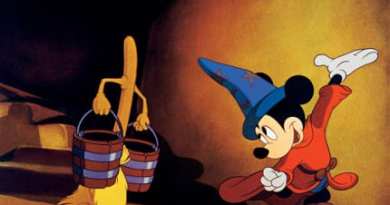 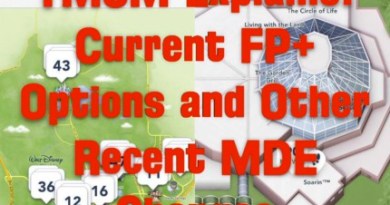 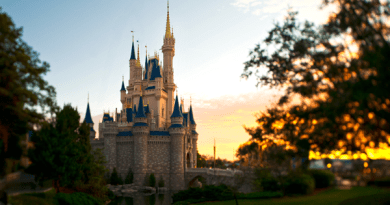 Select WDW Guests with Current Reservations Get Updates Via Email

August 24, 2021August 24, 2021 Michele 0
The Main Street Mouse
%d bloggers like this:
We use cookies to ensure that we give you the best experience on our website. If you continue to use this site we will assume that you are happy with it.AcceptPrivacy Policy