The other day, I received my first LootCrate in the mail.  I had contacted their customer service to learn more and they offered me a crate, which of course I jumped at.  I’m sure there are some of you asking, what is a LootCrate?  Well here is the description on their website.

Loot Crate is a monthly subscription that delivers crates of awesome to those that live and embrace the geek and gaming lifestyle. Loot Crate is a product discovery box, connecting our subscribers, known as Looters, with the best new and emerging companies producing gear, snacks, toys, hardware, art, and other goodies for the geek and gaming market. Each month, Loot Crate handpicks 6-8 new items to include in the box, which are kept secret until the boxes are delivered!

I first heard about LootCrate a few months ago from Greg over at Vinylmation World.  He told me about it and then I of course looked over their site and instantly wanted a crate.  The crates are very reasonably prices.  A 1 month subscription only costs $13.37 with $6 for shipping.  If you subscribe to 3 or 6 months you save a little.

The shipping was awesome.  I received a email stating my crate was shipped and it had a tracking number.  I looked up the number on USPS and noticed that they sent it 2 day mail.  The box also had insurance on it for $50.  I checked the mailbox on Monday and it was here.  So EXCITED!!!

So I opened the box to see what I got:

I had always heard about the inside of the box being it’s own part because the art is great.  I quicly started just pulling everything out.

First thing I noticed was the shirt, it’s a skull made of different cats, very unique and a little spooky.  The shirt is called Death By Kitten.

Next up was the How to Survive a Sharknado Book.  This is very much needed as they are filming Sharknado 3 not too far from where we live.

They also included a monthly button and a Toxic Candy Waste…

Now this month’s theme had to of course do with Hallloween and such so Zombies are all over including a copy of The Walking Dead Comic #132.

There was then a art print called “Oh, Brother” featuring Daryl and Meryl reliving one of the scens from The Walking Dead, so sad

Smite Gift Care for a skin

Their magazine including a interview with Robert Kirkman, creator of The Walking Dead.  The cover is also in 3D so they included glasses.

I was so excited with my first crate, it was so awesome and I already can’t wait for next months.

Another thing I forgot that they give away one special crate a month to a lucky winner, it’s called the Mega Crate.  This one is over and beyond belief.  The value of the create is always over $750 in value but usually much more.  Here is the image of October’s Mega Crate that was valued at over $3,000.00

If you are interested in getting your own subscription to LootCrate, you can join up with them HERE and be sure to stay tuned and as I get my crate I will be sure to share the details with you.  If you are a current subscriber, tell us what you like the best about LootCrate. 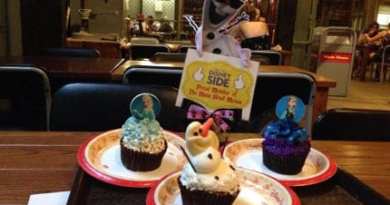 The New “Most Wretched Hive of Scum and Villainy”: A Review of Oga’s Cantina at Star Wars: Galaxy’s Edge 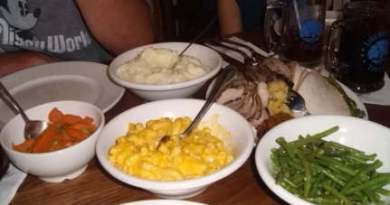 August 2, 2019April 16, 2020 Guest Blog 0
The Main Street Mouse
%d bloggers like this:
We use cookies to ensure that we give you the best experience on our website. If you continue to use this site we will assume that you are happy with it.AcceptPrivacy Policy