Star Wars triumphantly returns to Marvel Comics in January of 2015, spearheaded with a new ongoing series by writer Jason Aaron and artist John Cassaday. STAR WARS kicks off a brand-new tale that follows the events of “Star Wars: A New Hope” and features the entire original cast of characters who inhabit that galaxy far, far away. 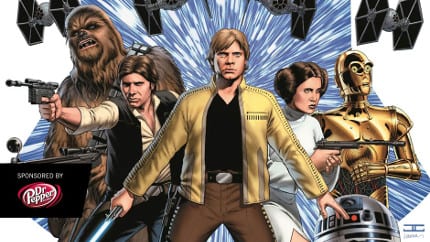 Aaron and Cassaday intend to bring their formidable storytelling abilities to bear on the saga, tapping into their own Star Wars fandom as well as their combined experience as consummate comic book professionals.

Marvel.com: Jason, how did this project come about for you? What does it mean to you to be one of the creators who brings Star Wars back to Marvel?

Jason Aaron: It was offered and I instantly said yes. Of course I’m super-excited about all this. As a guy who can remember seeing the original Star Wars films in the theater on their first go-round, it was a big geek-out moment.

Marvel.com: John, what about you? What does it mean for you personally to be working on this series?

John Cassaday: Marvel contacted me not long after the agreement with Lucasfilm was finalized. They knew I was quite a fan and guessed I’d be interested. They weren’t wrong! Star Wars means a lot to me. A couple of weeks later we had a dinner meeting so I could get the specifics. For every question, they had the perfect answer. They were gonna do this right. I easily checked off my list of concerns and agreed with a big smile. It was exciting.

Marvel.com: Jason, of all your past and current Marvel work, what do you feel will most inform your writing of STAR WARS?

Jason Aaron: This is clearly different than anything I’ve done for Marvel. And what most informs it is of course the films. I want this to feel very much like a direct sequel to the original Star Wars film; in terms of tone and voice and scope and everything.

Marvel.com: What sorts of themes do you see yourself exploring in the series? Is Star Wars about the characters or much larger things to you?

Jason Aaron: Every story is about the characters, and we’ll focus on all the old favorites. There will be big moments for everyone, from Han Solo to R2-D2. But a major part of the narrative will be driven by Luke Skywalker and his journey of discovery, a journey that will decide the fate of the entire galaxy.

Marvel.com: Okay, that said, who’s your favorite Star Wars character and why?

Jason Aaron: As a kid, it was Han Solo, like pretty much every other kid I knew. But right now, I’m enjoying writing them all. I never imagined how much fun it would be to write dialogue for C-3PO.

And though it’s too soon to talk about it, yes, there will be new characters, too.

Marvel.com: John, which of the main Star Wars characters most appeals to you visually and why? And what about the minor characters?

John Cassaday It’s always been Luke for me. I know Han tends to be a big fan favorite, but the “chosen one” archetypical hero is appealing to me. I also grew up on a farm in the middle of nowhere, so I’ve always had a basic connection with the longing that you see in Luke early on in the first film. I had it a bit easier, with only the one sun and all! In terms of minor characters, it’s still early in the process, so there really haven’t been any surprises yet, so we’ll see.

Marvel.com: What’s it like working with the incredible design palette that was created for the films? Do you have any insights into what makes it all tick?

John Cassaday: It’s a headache and an absolute pleasure all at the same time. Getting the details together has been time consuming and tedious, but once I got going, it’s been great fun. It’s a huge gorgeous messy universe. I think with the first three films, in particular, the strange, almost junk-like approach to design was significant. They were piecing the ships and weapons together from real world items. Terrific old-school film making procedure; getting to work from a palette created by the likes of Ralph McQuarrie and Joe Johnston is an honor.

Marvel.com: What kind of new characters, beasts, and vehicles have you been working on for STAR WARS?

John Cassaday: Well, I can’t give away too much as of yet, but it’s a fun mix of what we’ve seen in the early films with a few fun surprises along the way. And then Spider-Man shows up. Ahem.

Marvel.com: Jason, focusing on your story, what went into the decision to kick off it off immediately following the events of the first film?

Jason Aaron: Because we get all the main characters still together and still finding their roles within the Rebellion. And because there are so many major beats that happen off-screen between “A New Hope” and “The Empire Strikes Back,” I’ll be looking to explore all of those beats.

Marvel.com: What is your favorite thing that you’ve written in issue #1 and why?

Jason Aaron: I couldn’t pick just one. The arrival of Han Solo. R2-D2 sound effects. Chewbacca in action. Vader under attack. The first time a lightsaber hums to life.

Marvel.com: And what does John excel at in the universe of Star Wars?

Jason Aaron: John is the world’s biggest Star Wars fan and it shows on every page of this. He’s pouring his heart into these pages, and he’s so completely devoted to making them look and feel like the movies he loved as a kid.

Marvel.com: John, your turn; what’s it like working with Jason so far on the series?

John Cassaday: Though I knew his name, I wasn’t very familiar with Jason’s work. Marvel sent me over some trades to read and it was clear how talented he was. We spent some time on the west coast back in March discussing storyline possibilities, so I had a good idea as to where things were going and it was very promising. But when I finally got the first script I was thrilled. He not only hit strong story beats and made it fun, but he captured these characters that I’ve known most of my life. I could hear them delivering the dialog. It was as if he had Lucas and Lawrence Kasdan over his shoulder as he wrote. Hell, I could also hear the music!

Marvel.com: Okay, Jason; let’s bring it on home: If you had your druthers, what one element from Marvel’s past Star Wars stories would you bring back?

Scott has 3537 posts and counting. See all posts by Scott 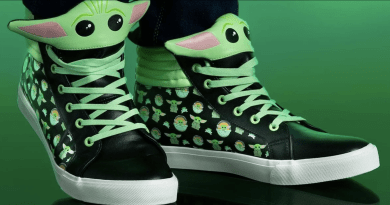 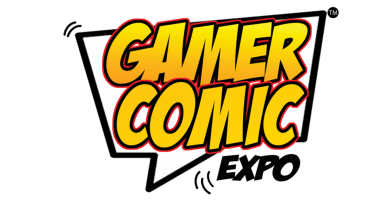 The New Con on the Block: Gamer Comic Expo by Jarett 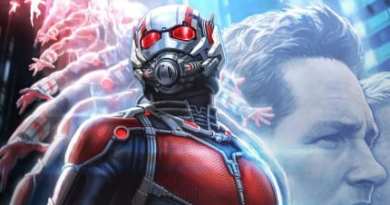 September 11, 2019April 16, 2020 Guest Blog 0
The Main Street Mouse
%d bloggers like this:
We use cookies to ensure that we give you the best experience on our website. If you continue to use this site we will assume that you are happy with it.AcceptPrivacy Policy