Well I must admit, i’m not a huge fan of country music.  I have nothing against it, I just wasn’t raised around it in Michigan and no one in my family really listened to it.  I grew up just miles from Detroit, the home of Motown Records where such artists like The Jackson 5, Diana Ross and Smokey Robinson made their fame.  As I got older Detroit turned out new artists and new sounds from Bob Seger, Eminem and Kid Rock to name a few.  While Kid Rock does incorporate some Country into his songs, it’s still not the same.

A few years back, I heard Brad Paisley and really like his music.  The songs I heard were funny, the music itself was great and I became a fan.  Fans of Brad Paisley are in for quite a summer. For starters, the country star will serve on the panel of experts for Rising Star, a new singing competition show that starts this Sunday, June 22, on ABC at 9|8c.

Besides being a part of a weekly series, he also performs two new songs for the upcoming big-screen animated adventure, Planes: Fire & Rescue, including “All In,” a song Paisley signed on to write and perform after hearing of the film’s firefighting themes. On a recent visit to the set of Rising Star, the Disney Insider spoke to Brad about why Planes: Fire & Rescue was so important for him to be a part of. 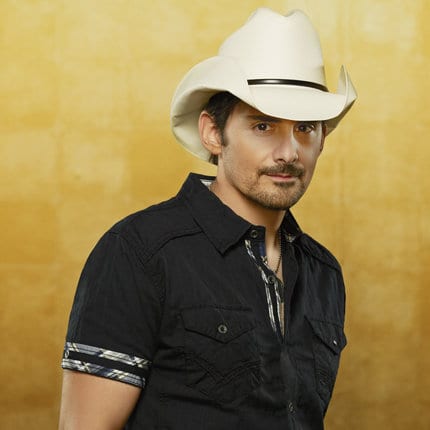 The Insider: How does it feel to provide the music for a Disney movie and be a part of that honored group of musicians and songwriters?

Brad Paisley: It’s great. I’m no Adele Dazeem! But I’m very excited to be a part of this movie for many reasons. I have a 5-year-old and a 7-year-old, so and they loved the first Planes and they are going to love this one. I’ve already seen it, and it’s special–it’s different. It really is a tribute to firefighters; I really love that. I am the son of a firefighter so that was John Lasseter’s idea when he told me about the movie. He said you could do this for your dad if you wanted, and that is what I tried to do: to write a song both for my dad and the movie.

How does it feel to know that your music will be some of the first music that kids who see Planes: Fire & Rescue will be fans of?

It’s really neat! They always do such a great job at making things timeless and it’s hard, musically, to do that. But when you are a part of a movie you have twice the chance it’s going to live on.

How long did you work on the music for Planes?

I saw the movie over New Years when I was with the Lasseters and I let it steep for a little. Then I started to procrastinate on it a little bit. That’s how I write. I’m afraid of that moment when you sit down to write it, because you only get one chance. When you first sit down to write it, if you are in the wrong head-space you’re never going to get that moment back, and you’ll always have that moment when you first tried it. So when I finally got around to it, we were on our way to Europe and I wrote it really quick and got it done. It really flowed out as soon as I took out the barrier that it had to be about the movie. I was able to say, “Okay, this is about my dad and this perspective of the heroes that go in when everyone is coming out.”

Do you have a favorite Disney character?

What is your first Disney memory?

I remember going to Walt Disney World when I was a kid and they had this puppet called Figment. He was like a little purple dragon, and I don’t know why that sticks with me. I also wanted a purple Figment but I never got it.

The original motion picture soundtrack from Walt Disney Records, featuring score by Grammy-winning composer Mark Mancina, will be available in both physical and digital formats on July 17, 2014. Planes: Fire & Rescue is in theaters on the following day, July 18, 2014. And starting this Sunday, you can catch Brad Paisley on Rising Star on ABC at 9|8c.

Scott has 3468 posts and counting. See all posts by Scott

Mark Your Calendars for the RDMA Nomination Special on Disney Channel

The Story Behind the Story of Planes: Fire & Rescue

One thought on “Brad Paisley Honors His Firefighter Father Through Planes: Fire & Rescue”