In the fireworks business, it’s understood that a display is really only as good as the music you lay under it. When it comes to Star Wars Weekends, which begin on May 16, evenings at Disney’s Hollywood Studios will take this idea and fly with it, turning John Williams’ Star Wars film scores into an amazing, Star Wars-themed fireworks event show called “Symphony in the Stars.” We spoke with Show Director Mark Renfrow and Special Effects Designer Morgan Hendrickson about how a show like this comes together and brings a galaxy far, far away a little bit closer to Earth. 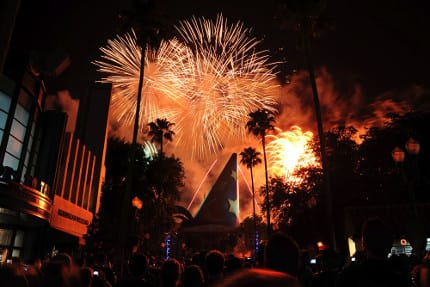 “When it comes to Star Wars, we’ve got some of the most well-known and iconic underscores, easily recognized throughout the entire world,” Mark told us, speaking of the music on which “Symphony in the Stars” is based. “When you deal with the six Star Wars films, there are a lot to choose from, but there are certain songs that we feel are a must. We’ve taken those ‘must’ songs that we figure four-year-olds to four-hundred-year-olds will all know. It will feel familiar; it will feel like a celebration of the best Star Wars music. That’s where we started creatively. Then Morgan comes in and builds some fantastic fireworks that go along with every single moment, and he captures the mood, the energy, and tells a great story with those fireworks.”

“The music is so iconic, and everyone recognizes it, and everyone knows it–but not everyone has seen fireworks to it,” added Morgan. “This show is a fantastic opportunity to see something that they haven’t seen before.” But how do you turn explosive, flashing bursts of light into a story? If anyone knows, it’s the teams who put on shows for Disney Parks, which are a constant draw and nightly highlight for visitors on both coasts, as well as aboard the Disney Cruise Line. “Fireworks are really just a cast of characters that we utilize for our shows. If something feels a certain way, with a certain mood, we’ll use a piece of fireworks that almost emulates that piece of music or that instrument,” Morgan explained. “Designing a show to John Williams’ score has really been a privilege.”

Mark let us know that there’s definitely a lot more to it than matching good visuals to famous music, including anticipating guests’ expectations and working to exceed them. “The challenge that Morgan has to face is that he can’t just use the same colors all the time. For certain songs you get a mental picture with different images and colors, so he has to make all of that diverse and keep the show visually interesting the whole time. Some of the fireworks that are unique to this show are completely tied into it, and make it original unto any other fireworks show. The spectacle of color is really important, because in a show like Star Wars, there are certain colors that you just expect. What’s nice here is that you’ll get what you expect, and then you’ll get lots of surprises.” 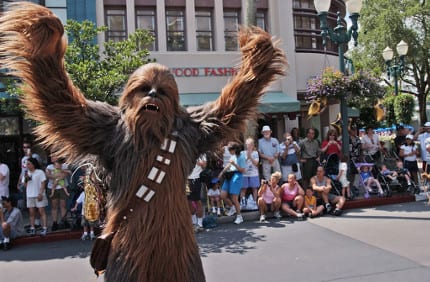 There’s also a lot of thought put into doing justice to the Star Wars name, something respected and beloved by fans, especially those who make the trip to Star Wars Weekends. “When you put John Williams’ music out there, the bar has been raised to a ridiculous level,” Mark pointed out. “The good thing is, the music is so dynamic and so diverse, it can’t be mundane. It calls for great fireworks and great design and great variety. That’s what I think is fantastic about this show. This music touches people. Everybody knows it, and when you hear it you suddenly go to a place. You go to the movies, and you remember these scenes, but you also remember how it felt when you first saw Star Wars. Somehow, this particular show with this particular score feels like a reunion to me. I think that the audience will feel reunited and reconnected with this music–most shows are not like that, you’re just watching the show. In this show, you’re connected to it. And then because Star Wars takes place in space, you’re already looking up into the sky. When the music comes to life in fireworks, you just can’t help but visualize some of the things you’ve seen from the movies. You’re immediately connected–and filled with wows.”

One thing worth noting is that Symphony in the Stars will take place over the Sorcerer Mickey hat building in Disney’s Hollywood Studios, which is not a regular venue for shows of this scale.

“I’ve always been fond of fireworks shows at Disney’s Hollywood Studios,” Morgan told us. “One of the first shows that was ever presented there was ‘Sorcery in the Sky’ and it was really, truly, one of the shows that inspired me to get into this field. I feel like it’s always a nice surprise to see fireworks shows in Hollywood Studios because they’re not presented there on a daily basis like Magic Kingdom or Epcot. It’s a new venue for a lot of people, and a different feeling than they’re traditionally used to.”

We asked the team if they could reveal any secrets about the show or give us some more specific examples of what those wows might look like, but they were politely mum on the topic. “The show is a journey. It’s excellent, and I look forward to everyone seeing it…but you’re not going to get me to reveal much about it!” said Morgan. The only detail Mark would share: “The song that kicks off Star Wars every time…does just that.” 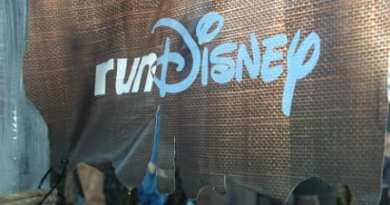 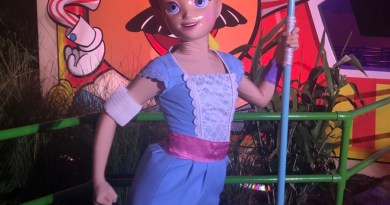 Goofy Gets Even More Animated at Walt Disney World Resort

The Audio-Animatronics Come To Life In The Seven Dwarfs Mine

April 29, 2014April 11, 2020 Scott 2
The Main Street Mouse
%d bloggers like this:
We use cookies to ensure that we give you the best experience on our website. If you continue to use this site we will assume that you are happy with it.AcceptPrivacy Policy