Tonight is a all new episode of Marvel’s Agents of S.H.I.E.L.D.  Another character will be joining the show tonight.  Patrick Brennan (“The Twilight Saga: Breaking Dawn – Part 2,” “The Black Donnellys”) will make his debut as Marcus Daniels, a.k.a. Blackout in the original Marvel comics, in the series’ upcoming eighteenth episode, “Providence,” before playing a larger role in the following episode.

First appearing in NOVA (1976) #19, “Providence” will mark Daniels’ live-action debut, but with his powers slightly different than in the comics: This version of Daniels will have the ability to suck the energy out of anything around him.

We spoke with Brennan about his villainous turn, so read on to find out more about the villain’s upcoming appearance.

Marvel.com: How did your role as Marcus Daneils sort of come together?

Patrick Brennan: I had been in for “Marvel’s Agents of S.H.I.E.L.D.” several times for other things, for other parts, and I know that they liked me so this came along and they actually offered it to me. I didn’t have to go in and read for it, which was a first for me. I didn’t know anything about the part, they kind of gave me the gist of it and then I had an in-depth conversation with a couple of the [producers] on the phone. And the whole time, I’m like, “You guys are putting me on, right? This is ridiculous. It’s so cool.”

Marvel.com: When you had that conversation with the producers, what was their pitch to you?

Patrick Brennan: This is the way they explained it to me: This guy, Marcus Daniels, a.k.a. Blackout, was shrouded in darkness, his soul, everything about him was shrouded in darkness until he comes across this Cello player. And the music was the only light that came into his soul, and it gave him hope and it gave him some sense of what light was. I thought to myself, oh my god, you don’t even need to explain anything else. Because music, to me, is what gets me through most of the time. My kids, my wife, and music. That aspect of it totally intrigued me. I thought that was quite beautiful and very interesting, that aspect of the character.

Marvel.com: Yeah, that’s very cool. I do love that visual of wherever he goes, the lights blink out behind him.

Patrick Brennan: You know what’s cool about that? I thought that they would do that [in post-production] but on the set it was happening all around me, so I got to act with it happening all around me. How cool is that? It was a lot of fun and I’ll be a hero in my five-year old’s heart. And my thirteen-year nephew. All of a sudden I’m cool, which is a great thing.

Marvel.com: Did that enhance your performance, to have those lights flickering out?

Patrick Brennan: Are you kidding me? Of course, of course. It just made it fun and you got to be in the world. It’s why actors get in the business. They play dress up and they want to be a super hero. It was the most fun job that I’ve ever had, and I’m not being silly when I say this, a great bunch of people to work with. From the top on to the bottom, I couldn’t believe it. It’s just a great gang of people.

Marvel.com: When you read through the script, as you said he comes across with a very sympathetic core to him but at the same time he does come across slightly creepy if you don’t understand where he’s coming from. So how did you straddle that line of making him a sympathetic villain and also having him do the things he’s doing?

Patrick Brennan: I think that the key to approaching any villain [is], it’s much more impactful when the audience can see some shred of good in the quote-unquote villain. I was watching “Scarface” last night, and he was a monster. But there are certain scenes in the movie where it shows that he has compassion, it shows that he has a soul, and then you’re on his side, and when he dies at the end, you’re heartbroken. Why would you be heartbroken about someone who kills people, deals drugs, and does all these horrible things? Because you see the other side of him too, and I think it’s true with people. People aren’t all bad or all good. I think that’s what I love about the character. You can see the heart in him. He wasn’t just a monster which is a beautiful thing to play. I wouldn’t know how to play it all bad anyway. I’d have to find something in him, do you know what I mean?

Marvel.com: Was there any particular scene or anything that happened offstage that was a particular favorite memory of yours from the episode?

Patrick Brennan: We shot the first scene of the show last, on my last night. It was Marcus stepping off of a boat, when you first see him, and literally the boats in the harbor went off. As he walked down the harbor, the lights went off. It was like a kid in the candy store. They made me this incredible coat, it was a trenchcoat with a collar sticking up, that as soon as I put it on I felt like a villain. The costume was great. The people who did this jacket made it special. I tried to steal it but it didn’t work out. That last night was exciting [but] the whole thing was great, I couldn’t pick one [moment]. I really couldn’t. 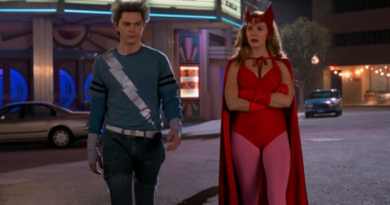 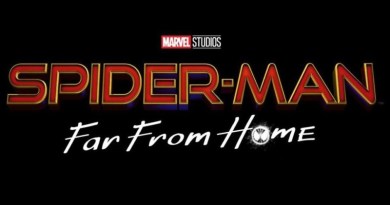 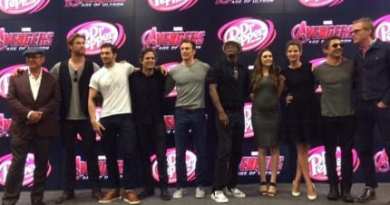 February 28, 2016April 16, 2020 Michele 0
The Main Street Mouse
%d bloggers like this:
We use cookies to ensure that we give you the best experience on our website. If you continue to use this site we will assume that you are happy with it.AcceptPrivacy Policy