CELEBRATE THE HOLIDAYS WITH THE NEW SHORT “THE SIMPSONS MEET THE BOCELLIS IN ‘FELIZ NAVIDAD’” LAUNCHING DEC. 15, EXCLUSIVELY ON DISNEY+

Christmas is coming early this year for fans of “The Simpsons!” Today, Disney+ announced that the new short “The Simpsons meet the Bocellis in ‘Feliz Navidad’” will launch December 15 exclusively on the streaming service. In the upcoming short from “The Simpsons,” Homer surprises Marge with the ultimate gift: an unforgettable performance from Italian opera superstar Andrea Bocelli and his 25-year-old son Matteo and 10-year-old daughter Virginia. On December 15, Andrea, Matteo, and Virginia Bocelli will also release the new single “Feliz Navidad” featured in the short and off their new album, “A Family Christmas.”

The festivities continue December 17 as “The Simpsons” celebrates 33 years since its first episode aired in 1989. The first 33 seasons of “The Simpsons” are currently available to stream on Disney+.

“The Simpsons meet the Bocellis in ‘Feliz Navidad’” is the latest in a collection of shorts from “The Simpsons” created exclusively for Disney+. The previously released shorts “Welcome to the Club,” “When Billie Met Lisa” (Emmy® nominated), “Maggie Simpson in ‘The Force Awakens from Its Nap’” (Emmy® nominated), “The Good, The Bart, and The Loki” and “The Simpsons in Plusaversary” are currently available on Disney+. All of these and more can be found in “The Simpsons” collection on the streaming service here: https://www.disneyplus.com/franchise/the-simpsons

Disney+ is the dedicated streaming home for movies and shows from Disney, Pixar, Marvel, Star Wars, and National Geographic, along with The Simpsons and much more. In select international markets, it also includes the new general entertainment content brand, Star. The flagship direct-to-consumer streaming service from The Walt Disney Company, Disney+ is part of the Disney Media & Entertainment Distribution segment. The service offers commercial-free streaming alongside an ever-growing collection of exclusive originals, including feature-length films, documentaries, live-action and animated series, and short-form content. With unprecedented access to Disney’s long history of incredible film and television entertainment, Disney+ is also the exclusive streaming home for the newest releases from The Walt Disney Studios. Disney+ is available as a standalone streaming service or as part of The Disney Bundle that gives subscribers access to Disney+, Hulu, and ESPN+. For more, visit disneyplus.com, or find the Disney+ app on most mobile and connected TV devices.

From Creator Matt Groening and Developed by James L. Brooks and Sam Simon the longest-running primetime scripted show in television history, THE SIMPSONS exploded into a cultural phenomenon in 1990 and has remained one of the most groundbreaking and innovative entertainment franchises, recognizable throughout the world. Currently airing its record-annihilating 32nd season, THE SIMPSONS has won 35 Emmy Awards, 34 Annie Awards, 9 Environmental Media Awards, 7 People’s Choice Awards and 13 Writers Guild of America Awards. THE SIMPSONS was the first animated series to win a Peabody Award, and in 2019 received the Institutional Peabody Award.  It was nominated for an Academy Award in 2012 for the theatrical short “The Longest Daycare.” This was followed by the theatrical short “Playdate with Destiny”(2020) and the Disney+ exclusive “The Force Awakens From Its Nap”(2021). The Simpsons Movie was a hit feature film, their mega-attraction The Simpsons Ride at Universal Studios has received historic expansion updates with the addition of ‘Springfield’—winning a Thea Award in both 2009 and 2017. The show was honored with a Star on The Hollywood Walk of Fame in 2000. The Simpsons ongoing Tapped Out mobile game which launched in 2012 was a recipient of a Webby Award in 2018.   It has been named the “Best Show of the 20th Century” by Time Magazine, called the “Greatest American Sitcom” by Entertainment Weekly in 2013, and declared “The Best TV Show Ever” in 2016 by vulture.com.

THE SIMPSONS is a Gracie Films Production in Association with 20th Television Animation. Created by Matt Groening, Developed by James L. Brooks, Matt Groening and Sam Simon. The Simpsons Executive Producers are James L. Brooks, Matt Groening, Al Jean and Matt Selman. The Gracie Films Worldwide Brand Division develops and produces the licensed content for the series. “Like” the series on Facebook at facebook.com/TheSimpsons, follow Homer Simpson @HomerJSimpson and @TheSimpsons on Twitter http://twitter.com/TheSimpsons. Join the conversation using #thesimpsons and follow The Simpsons on Instagram @TheSimpsons.

Internationally renowned Italian tenor Andrea Bocelli has an emotive and instantly recognizable voice that has earned him millions of fans around the world. In April 2020, he broke records with his emotionally charged Music for Hope performance from the historic Duomo cathedral in Milan. His unforgettable Easter performance ranks among the biggest musical livestreams of all-time and the largest simultaneous audience for a classical livestream in YouTube history. He has earned a Golden Globe, seven Classical BRITs, seven World Music Awards and a star on the Hollywood Walk of Fame.

A Family Christmas is Andrea’s first album with his 25 year old son Matteo and 10 year old daughter Virginia. It was produced by composer and multi-GRAMMY® and Academy Award® nominee Stephan Moccio (Celine Dion, The Weeknd, Miley Cyrus, Barbra Streisand). Matteo Bocelli has launched his own successful solo recording career after signing to Capitol Records in 2019. He shot to fame in 2018 after duetting with his father on the hit song “Fall On Me” from Andrea’s best-selling album, Sì, which debuted at No. 1 on the U.S. and U.K. charts. For Virginia Bocelli, this marks her first appearance on an album, having previously joined her father for a spine-tingling performance of “Hallelujah” during 2020’s hugely popular Believe in Christmas concert, livestreamed from the Teatro Regio di Pama. For Andrea Bocelli, the most celebrated classical singer in modern history, the chance to work with Matteo and Virginia on this album has been a source of great joy. 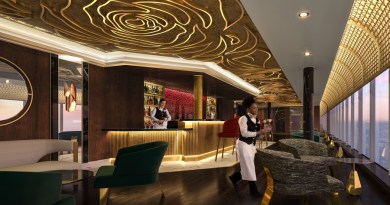 All Aboard! Bookings Open Today for the Disney Wish’s Inaugural Season 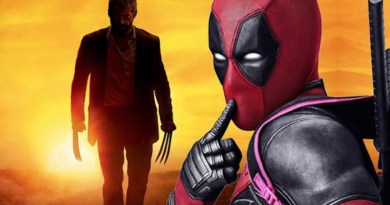 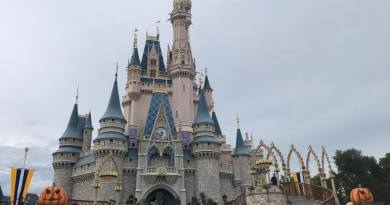 November 3, 2016April 16, 2020 Michele 0
The Main Street Mouse
%d bloggers like this:
We use cookies to ensure that we give you the best experience on our website. If you continue to use this site we will assume that you are happy with it.AcceptPrivacy Policy