Rob Vickers of Gulf Breeze, Florida is a third-generation armed services veteran with a father who served in the United States Air Force and a grandfather who was injured while serving in the Army during World War II. “I volunteered when I was little … I’ve always liked giving back,” Rob says of his inspiration for joining the United States Marine Corps. It’s this selfless pursuit that carved out a future of helping others throughout his career and personal life.

Rob joined The Army National Guard in 2000 and one year later, served as a 9/11 first responder at Ground Zero. On Saturday, September 8th, he happened to be in New York City, traveling with a church group and has pictures from the top of the World Trade Center’s South Tower.  When the unthinkable events unfolded on Tuesday morning 20 years ago, he was called in to assist on the scene. Afterward, Rob joined the Air Force and went on to serve in Iraq and, after a combined 14 years of service, medically retired in 2010.

In 2012, Rob and a friend started Emerald Coast Wounded Warriors, advocating for and assisting many local wounded veterans and their families – including those of other 9/11 first responders. As a result, many of the warriors Rob champions for have received free homes, service dogs, emergency mental health care, financial aid, and spaces to safely interact with one another – a critical need for veterans living in isolation during the pandemic. “Helping others is very therapeutic for me,” Rob says of the work he’s doing with the organization.

The flag retreat ceremony at Disney Parks is a tradition that dates back to the founding of the company. Held at both Walt Disney World Resort in Lake Buena Vista, Florida and Disneyland Resort in Anaheim, California, these commemorative rituals give Disney the opportunity to offer sincere gratitude to those who serve and defend our nation. Yesterday, Magic Kingdom Park security and entertainment cast had the privilege of honoring our newest Disney Magic Maker, Rob Vickers, with this special tribute.

The flag retreat ceremony was just
one way Disney is honoring this national hero.

For more info on Disney Magic Makers, or to nominate the hero in your life, visit DisneyMagicMakers.com.

NO PURCHASE NECESSARY. Enter contest between June 22, 2021, at 9:00 a.m. ET and October 1, 2021, at 11:59 p.m. ET. Open to legal residents of the 50 U.S. & D.C., who are 18 years of age at time of entry. Nominees must be at least 13 years of age at time of nomination. Limit 5 entries per person. See Official Rules for full details on how to enter, eligibility requirements, contest entry periods, prize description and limitations. Void where prohibited. Sponsor: Disney Consumer Products and Interactive Media, Inc., 500 S. Buena Vista Street, Burbank, CA 91521. 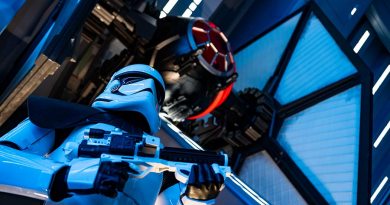 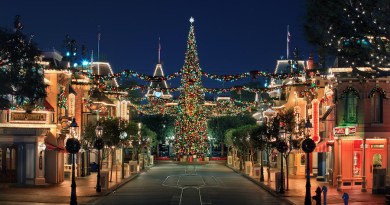 Celebrate the Holiday Season in a Merry, New Way with Disney Merriest Nites, an All-New After-Hours Event at Disneyland Park 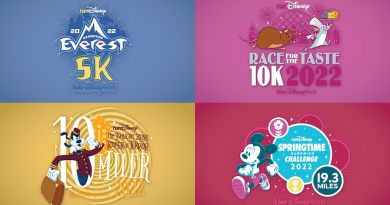 Today In Disney History ~ May 12th

May 12, 2017April 16, 2020 Michele 0
The Main Street Mouse
%d bloggers like this:
We use cookies to ensure that we give you the best experience on our website. If you continue to use this site we will assume that you are happy with it.AcceptPrivacy Policy