It’s official, Trader Sam can no longer be found at the Jungle Cruise attraction at Walt Disney World’s Magic Kingdom. Following the recent announcement by the company of the changes coming to the attraction, it seems Disney has officially began the ride’s renovation today.

For those not familiar, the character was a popular mention along the ride’s journey and could be found at both Walt Disney World’s and Disneyland’s version of the attraction. Additionally, the character also shared the name of the popular bar found at Disney’s Polynesian Resort. Below is an image snapped by a park goer who got one of the final images of the character before his removal.

A post shared by Unlock the Magic LLC (@rachael_loves_disney)

For those who follow Disney Imagineer Zach Ridley, you may have been privy to the idea of Sam’s removal happening sooner than later as Ridley recently shared a post about changes coming to the attraction. Ridley wrote in a recent post:

You may start to notice some monkey business along the river as work begins on Jungle Cruise at Magic Kingdom. The good news for all of you visiting @waltdisneyworld is the attraction will remain open to guests while our teams update scenes in a phased approach over the next several months.

We can’t wait to share the enhancements with our guests as we build on the story of the Jungle Cruise at both Magic Kingdom and Disneyland Park.

According to a January post on the Disney Parks Blog, the renovations coming to the attraction, which will include new characters and scenes, will help the ride “stay true to the experience we know and love,” while also reflecting and valuing “the diversity of the world around us.”

Chris Beatty, Walt Disney Imagineering’s Creative Portfolio Executive, previously discussed the changes with Disney’s D23 fan club, noting that the company felt it was time to “refresh” the attractions and address “negative depictions” of native peoples throughout the rides.

“We want to make sure everybody has the best time — that guests from all over the world can connect with the stories we share and that how we bring those to life are respectful of the diverse world we live in,” Beatty told D23. “And when they get off the attraction, they know that we have done our homework because these are the details that matter.”

What are your thoughts on the official removal of Trader Sam from the beloved attraction? Let us know in the comments! 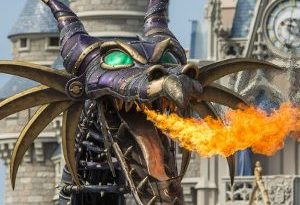 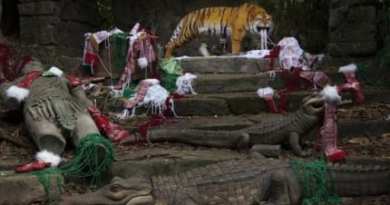 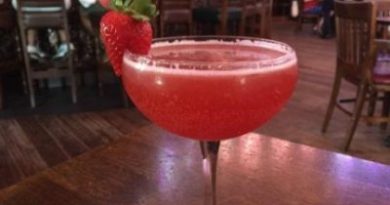 ‘Will You be My Happily Ever After?’: A runDisney Proposal at Walt Disney World Resort

March 8, 2015April 16, 2020 Scott 0
The Main Street Mouse
%d bloggers like this:
We use cookies to ensure that we give you the best experience on our website. If you continue to use this site we will assume that you are happy with it.AcceptPrivacy Policy